The electric train service to and from the UK’s largest airport scores highly in customer ratings of satisfaction, punctuality, speed and internet connection… 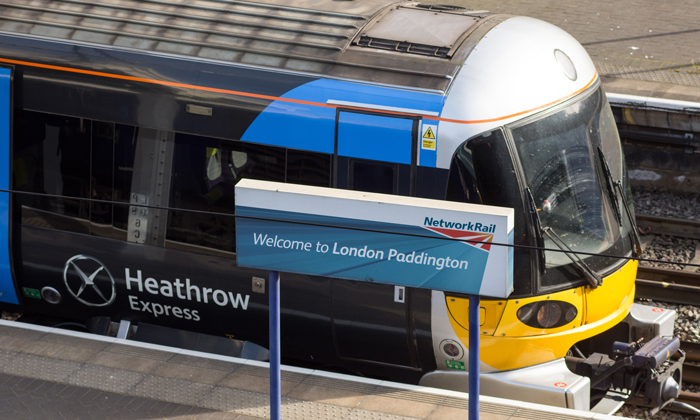 Heathrow Express, the non-stop train service between Paddington station and Heathrow, is the UK’s joint top performer in the Spring 2018 National Rail Passenger Survey, achieving an overall satisfaction rating of 95 per cent.

Heathrow Express outperformed all other train companies in London and the South East, where the average overall satisfaction score was just 79 per cent.

The survey states that ‘punctuality/reliability’ has the biggest single influence on satisfaction and Heathrow Express scored 95 per cent in that category – 25 per cent more than counterparts in London and the South East. The service, which carries approximately 17,000 people a day between London and Heathrow, with a journey time of 15 minutes, scored 96 per cent in ‘length of time the journey was scheduled to take (speed).’

Heathrow Express also received the nation’s top score for reliability of internet connection, with a rating of 71 per cent (compared to a national average of 30 per cent).

With its electric trains taking 15 minutes, Heathrow Express is the fastest, most reliable and sustainable way to travel to and from Britain’s hub airport.