Bane NOR , the state-owned Norwegian railway infrastructure company, has announced the prequalification for one of the main contracts on the large Drammen–Kobbervikdalen project. 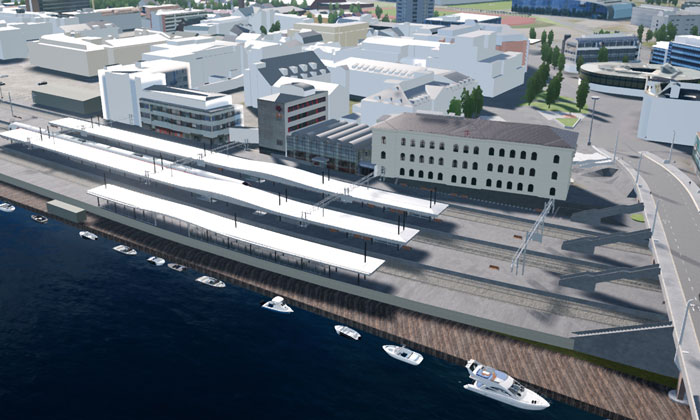 Illustration of the new Drammen Station

Drammen–Kobbervikdalen is an InterCity project and is part of the ongoing modernisation of the Vestfold Line. The project includes the construction of 10km of double-track railway from Drammen to Kobbervikdalen and between Drammen Station and Gulskogen Station, a 6km-long rock tunnel and shorter concrete and soil tunnels. The project is complex, with extensive groundwork and substructure works, multidisciplinary technical railways works, and several demanding construction phases. Construction is scheduled to start in 2019, and the project is to be completed in 2025.

The prequalification notice concerns the EPC contract for building (cut and cover) a concrete tunnel and a soil tunnel. Bane NOR wants early involvement of suppliers, and this is the reason for choosing ‘Competitive Dialogue’ as the procurement procedure, according to the project’s Head of Contract, Eirik Harding Hansen: “We want to have a dialogue with potential suppliers so that we can work together to establish a framework for the final tender documents.” 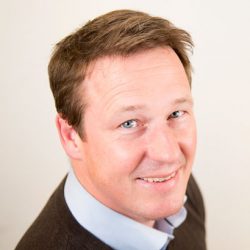 “We need to be innovative and we must be able to think of new ways to do the things we do, emphasised Eirik. “By involving the market, we can discuss how we should solve our challenges and ensure innovation in our business. We are confident that the task can be executed, but we believe that a dialogue with the market will help us find the smartest solutions. At the same time, we will make sure that any solutions presented in the dialogue process will not be shared with others.”

Eirik continued: “This is a more complex installation than an ordinary rock tunnel. It is crucial that the loose deposits are well stabilised. In addition, challenging works on the ‘cut and cover’ concrete tunnel are to be done in the same contract. We need to find a supplier who knows how to do this efficiently – and with safety as the number one priority.”

Prequalification for the contract has been announced in Bane NOR’s competition implementation tool, as well as through TED. The Competitive Dialogue procedure means that bane NOR will enter into dialogue with suppliers to discuss solutions. The contract is expected to be signed in June 2019, construction is to start in August 2019 and be completed by March 2023. Eirik is optimistic that the market will find the contract interesting: “This is an exciting possibility for many contractors. Suppliers from Norway and abroad have already showed an interest. We hope that many want to participate and we are looking forward to getting started.”

More information about the project can be found here.