By spring 2020, Scotland’s third busiest station will have more space, more light and a new concourse, whilst operating longer trains… 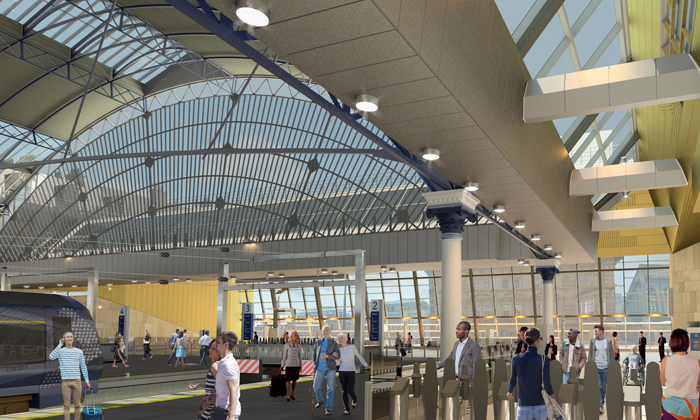 Network Rail has released new computer generated images that reveal how Glasgow Queen Street station’s interior will be bigger and brighter once the £120 million redevelopment is completed by spring 2020.

Platforms two to five are being extended out towards George Square, consuming most of the space covered by the Victorian train shed roof. A new glass-fronted concourse, almost double the size of the existing space, is being built to accommodate the predicted increase in passenger numbers.

The new concourse design is fully accessible with entrances on George Square, Dundas Street and North Hanover Street. The listed Victorian train shed roof has been carefully incorporated into the new structure and is fully exposed when viewed from platforms.

Jenna Clark, Network Rail Project Manager, said: “Using these latest computer generated images, passengers at Glasgow Queen Street and the surrounding community can start to visualise how much bigger and brighter their improved station will be.

“The transformed Glasgow Queen Street is a modern building that has been carefully designed for the needs of today’s rail passengers but the Victorian train shed roof remains a key part of the structure and will be visible throughout the enhanced station.” 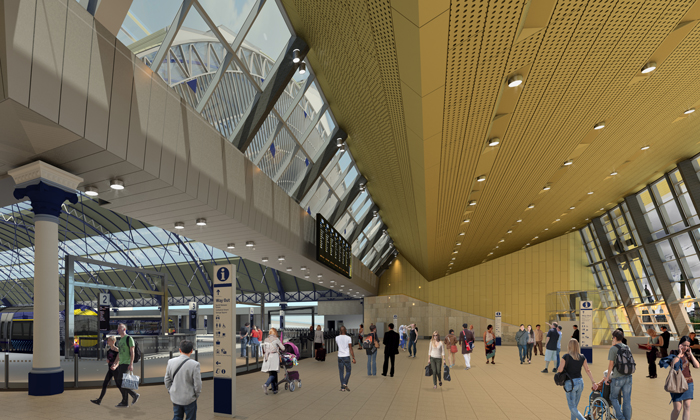 Externally, the train shed roof will be partially visible looking south along Queen Street and from the Cathedral Street side of the building.

Glasgow Queen Street’s transformation started in 2017 and work is ongoing to demolish redundant buildings in front of the station to create space for the platform extensions and new concourse.

The Millennium Hotel’s 1970’s extension – that previously hid the station – has now been removed and the eight-story Consort House tower and connecting annex have been significantly deconstructed.

With 75 per cent of demolition work complete, the project team will soon start to strengthen the foundations to support the new and improved station structure. All work involved in redeveloping Glasgow Queen Street will complete in spring 2020 with the station remaining open throughout the build.

Glasgow Queen Street station’s redevelopment is part of the Edinburgh Glasgow Improvement Programme (EGIP) – a Scottish Government investment in the railway infrastructure across central Scotland being delivered by Network Rail.