HS2 reveals the design for new stations in Birmingham and Solihull

These stations will be catalysts for regeneration, creating jobs and opportunities for local people and economic benefits for Birmingham and the Midlands. 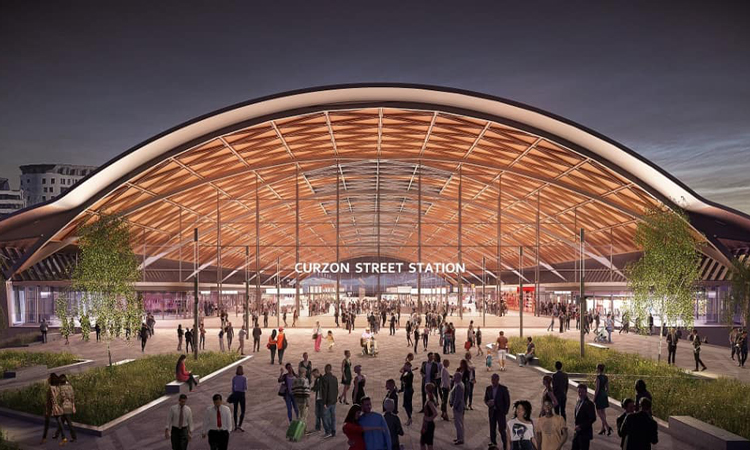 HS2 has revealed the design vision for the new stations in Birmingham and Solihull, marking a significant milestone for the programme.

Curzon Street station in central Birmingham will be the first brand new intercity station built in Britain since the 19th century; creating a new landmark for the city. Opening with seven high-speed platforms in 2026, the new station will not only be for high-speed rail passengers, it will be a brand new public space in Birmingham city centre. Fully integrated into an extended tram network, the station will also offer pedestrian, cycle, taxi, bus and conventional rail connections to the rest of the city and the wider West Midlands.

Solihull will witness the build of Interchange station, a new major gateway station for the region, part of a new public transport interchange serving Solihull, the West Midlands, Birmingham Airport and the NEC. 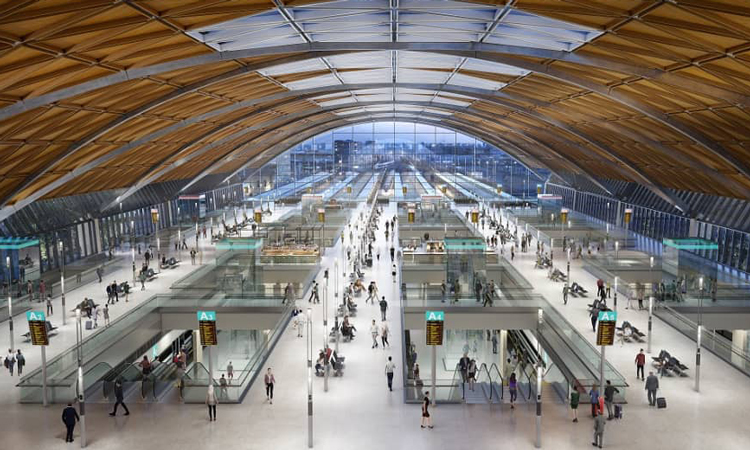 The revealed design vision for the inside of Curzon Street station

Andy Street, Mayor of the West Midlands, said: “Curzon Street station will put Birmingham at the heart of Britain’s new high-speed network and enhance the rail connectivity for the city, whilst Interchange provides a once in a lifetime opportunity to help drive the growth of the region.”

HS2 Ltd CEO, Mark Thurston, said: “Both of these new stations will be transformational for the Midlands and will create opportunities for regeneration, growth and economic benefits for the city and region. Preparatory work for the stations is well under way, including the construction of access roads and archaeological investigations. As part of our plans to deliver a ‘green corridor’ across the whole route, we’re also creating new ecological habitats, community and amenity spaces to help integrate the new line and our stations into the surrounding landscape and environment. All of this activity is already creating job opportunities not just in the region, but across the whole country.”

Works are well underway on 60 sites across the route from London to Birmingham, with over 7,000 jobs supported by the programme across the country – on the way to 30,000 jobs at peak construction.

Sir John Peace, Midlands Engine Chairman, said: “HS2 is already a huge part of the Midlands’ success story, bringing jobs and investment with it. These pioneering new station buildings will showcase a rail revolution which has our transformed region at its core.”

Both stations have been designed with features to make it easy and simple for passengers to navigate the stations, access the platforms and connect seamlessly to other forms of transport. 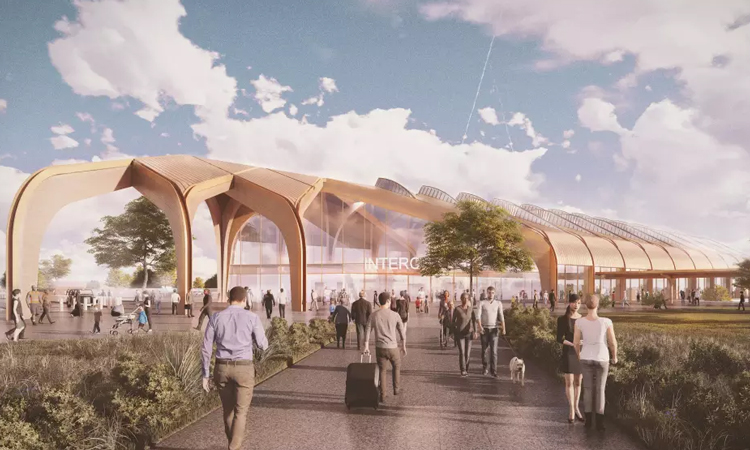 The design for Interchange station in Solihull

HS2 Minister, Nusrat Ghani, said: “Birmingham will be at the heart of HS2, and the transformation that is already taking place shows exactly how our new high-speed railway will drive forward regeneration and economic growth across the country. Unveiling the station designs for Curzon Street and the Solihull Interchange is a milestone moment. These stations will be catalysts for local jobs and new homes, as well as giving passengers access to thousands more seats, more services and better journeys.

“We also want HS2 to set a new benchmark for truly inclusive travel, creating a railway that works for everyone. The task for our designers and engineers is now to take these ideas from the drawing board to reality, building iconic stations that are accessible, safe and open to all, no matter their needs.”

Carol Stitchman, WSP Design Manager on Curzon Street, said: “Our design recognises the station’s function as a place of arrival and connection. It is the only HS2 station that welcomes you with a view of the city, where you can see the city from the train, and the train from the city.”

Neven Sidor, Lead Architect, Grimshaws, for Curzon Street station, said: “HS2’s new Curzon Street station is inspired by the best station design of the past, inspired by Britain’s pioneering railway and industrial heritage reimagined for the 21st century. The elegant sleek low arch which will make the station instantly recognisable in the surrounding area and the West concourse will have the ambiance of a modern airport terminal with both platform and waiting areas included in the grand arched space. The East concourse has been designed to include the historic Curzon Station building as part of a revitalised New Canal Street scene.” 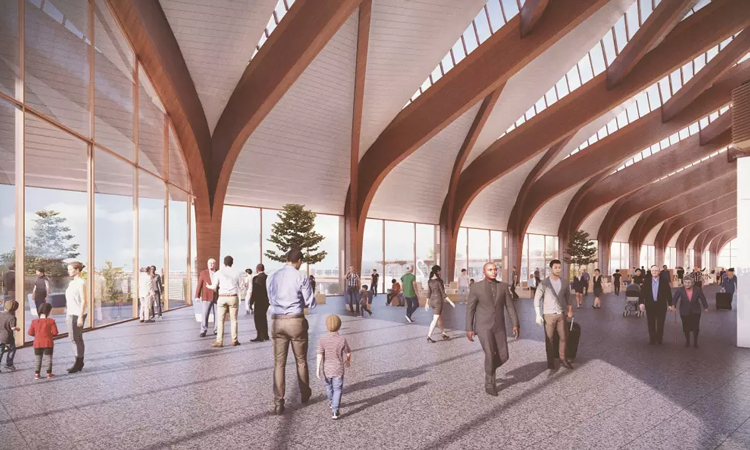 A rendition of the inside of Interchange station

Kim Quazi, Lead Architect, Arup, for Interchange station said: “Interchange station sits within a unique setting, on the edge of the urban landscape in a currently rural location. The station building has been designed to reflect its surroundings and in context with the natural landscape and topography.

“The station roof has been designed to fit in with the surrounding landscape and to optimise natural daylight using an integrated, efficient structural form and rainwater management system. We have focused on a number of objectives including creating a positive experience for future users and rail passengers by including open space, parkland and views to green spaces, and constructing a green building with low energy consumption and low maintenance.”

David Sidebottom, Director at Transport Focus, said: “These station plans highlight the potential HS2 has to transform rail travel. It’s vital that the needs and aspirations of passengers are at the heart of these designs. Transport Focus will continue to work with HS2 through our customer community to ensure the voice of passengers now and in the future are clearly heard.”