“High-speed rail is more than a train project,” Newsom said. As a tool for economic transformation, it could “unlock economic potential”. 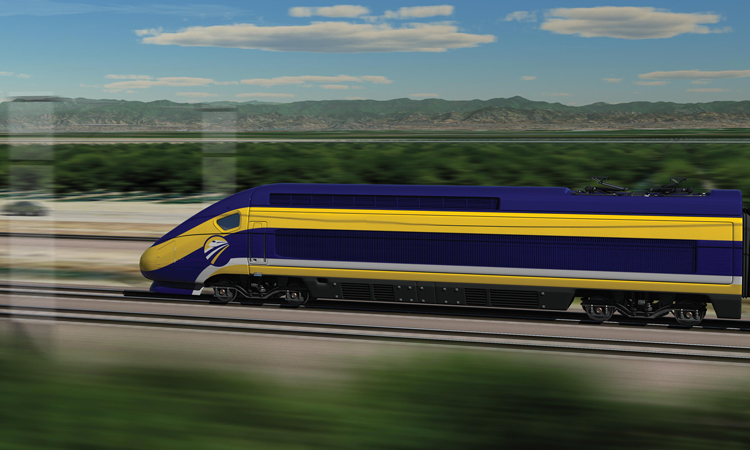 In his State of the State speech, Governor Gavin Newsom, highlighted that “the project, as currently planned, would cost too much and take too long” due to “too little oversight and not enough transparency”.

Although he believes there “simply isn’t a path” to completing the full vision of the project – which would connect San Francisco and Los Angeles by bullet trains in less than three hours – Newsom said they must “be real” about high-speed rail in the state, and confirmed his commitment to completing the 119-mile first phase. This will connect Bakersfield to Merced.

This first phase – the Central Valley segment – is the foundation for high-speed rail in California. Having trains up and running at speeds of over 200mph from Bakersfield to Merced has been deemed crucial.

Brian Kelly, California High Speed Rail Authority CEO, said: “The Governor has called for setting a priority on getting high-speed rail operating in the region in which we have commenced construction – the Central Valley. We are eager to meet this challenge and expand the project’s economic impact.

“Importantly, he also reaffirmed our commitment to complete the environmental work statewide, to meet our ‘bookend’ investments in the Bay Area and Los Angeles and to pursue additional federal and private funding for future project expansion. We welcome this direction and look forward to continuing the important work on this transformative project.”

Andy Kunz, US High Speed Rail Association President, commented: “We stand behind the visionary California high-speed rail project and its leadership. This project is of national importance, and is essential to meeting state congestion reduction, clean air mandates, and carbon reduction goals to solve climate change.

“We support getting trains rolling as soon as possible to showcase the amazing mobility that high-speed rail delivers. People around the world have been enjoying high-speed rail for many years, but for most Americans, this is new. The sooner we can get fast trains running, the sooner everyone can start enjoying the many benefits the system offers.

“We look forward to working with the California High Speed Rail Authority and Governor Newsom as we build the 21st century transportation system for America, starting in California.”

The Rail Passengers Association welcomes clarifying comments from Governor Gavin Newsom that he is fully committed to building a high-speed rail line between San Francisco and Los Angeles. In a statement, the Association expressed that it is eager and willing to work with the Newsom Administration to identify steps – in both the near- and long-term – to effectively deliver a world-class passenger rail system to all Californians.

Rail Passengers President Jim Mathews, said: “Gov. Newsom’s new strategy recognises the simple fact that the Californian public, while enthusiastic about access to high-speed rail, has lost faith in project managers to deliver it in a reasonable fashion, By delivering on 200mph-plus service along an Initial Operating Segment (IOS), the Authority can restore public trust. There is no question that the IOS must eventually connect to major metro areas in the north and the south of the state for it to have value. We expect to hear from the Newsom Administration and the Authority in the coming weeks about developing low-cost paths to connect the IOS to the San Joaquin corridor.”

In 2018, Chief Engineer at the California High-Speed Rail Authority, Scott Jarvis spoke to Global Railway Review regarding the progress made on California’s high-speed rail system: One of the most complex and far-reaching, public infrastructure projects in the United States