Shchekinoazot to replenish its fleet with 101 tank cars from UWC

With the addition of the new contracts, the total number of cars produced by TikhvinChemMash (a UWC company) in the Shchekinoazot fleet will reach 396. 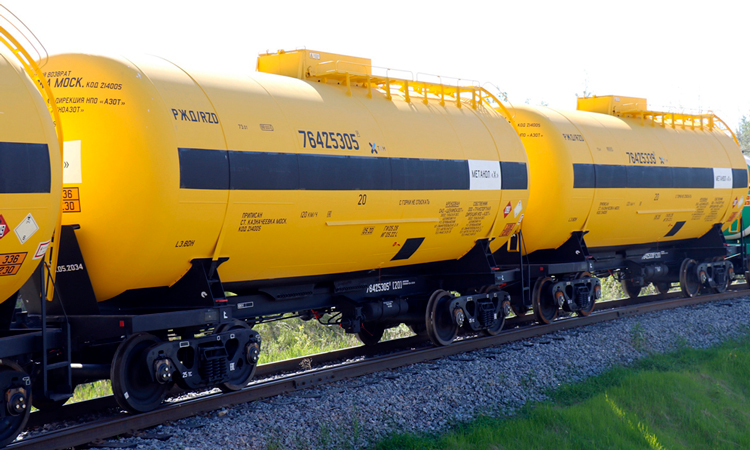 Shchekinoazot and United Wagon Company (UWC) have furthered their partnership with a new series of agreements, meaning UWC will supply 101 tank cars to the industrial chemical producer.

For the transportation of liquid bulk chemical freight, the rolling stock will be delivered to Shchekinoazot by the end of Q1 2019.

The UWC-produced fleet has shown high levels of efficiency, with reduced transport expenditures per tonne of freight and lower operational costs for maintenance.

The rolling stock has reliable bogies with an axle load of 25tf, increased payload capacity and increased tank volumes. The overhaul mileage has been increased to one million kilometres (or eight years), significantly reducing the lifecycle expenditure of the car.

Both models were developed by the All-Union Research and Development Centre for Transportation Technology and produced by TikhvinChemMash (a UWC company).

Eugenia Khomyakova, Director General at SPA Azot, said: “For several years now Shchekinoazot has made robust efforts to renew its fleet of rolling stock, and the fleet of 295 tank cars previously acquired from UWC has been in active operation on the Russian Railways network and in the territories of neighbouring countries. Due to the significant growth in volume of goods produced and transported as rail freight, the company is seeking to acquire new generation rolling stock in order to provide high levels of efficiency and maximum reliability. Our experience of working with UWC has shown that the supplier cares about the quality of its products, can meet its manufacturing deadlines, and is able to find the most convenient solution possible for each of its clients. We care about producing high-quality chemical products and ensuring that they are delivered safely to customers, and so choosing the right supplier for our rolling stock is hugely important to us.”

Network Rail teams move 370,000 tonnes of medicine and vital supplies in one week