Rail operators have long-sought to improve the quality of Wi-Fi, but faced significant cost and technical challenges in doing so. 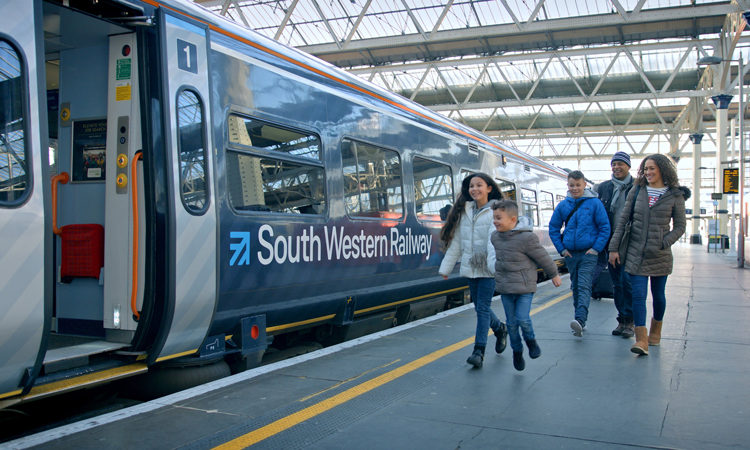 FirstGroup and Blu Wireless have announced a project to significantly boost the quality of connectivity on trains by pioneering the use of 5G technology on the railway.

The new technology will enable reliable streaming, rapid browsing and connectivity to cloud-based applications like Office 365.

Blu Wireless, FirstGroup and other strategic partners including Network Rail, the Department for Transport and the Department for Culture Media and Sport, developed the economically viable, end-to-end 5G solution that will transform journeys. The new technology can process volumes of data 100 times greater than currently possible with 4G technology, meaning it will be much easier for customers to enjoy consistent and fast Wi-Fi connectivity on their train.

Simon Holmes, FirstGroup’s Head of Digital Communication, said: “We have worked hard over the last two and a half years to reach this point which will enable us to deploy 5G technology for the benefit of customers and railway infrastructure. Our partnership with Blu Wireless marks a step change for connectivity on customer trains and we look forward to working with them and our other partners to ensure the success of this project.”

The partnership is a market first for the UK, with FirstGroup’s Rail Division becoming the exclusive supplier of Blu Wireless’s new 5G rail system for customers and rail infrastructure providers. The two companies will work to roll out the technology initially on the South Western Railway franchise and with Network Rail to harness 5G to improve railway infrastructure.

Mark Barrett, CMO of Blu Wireless, said: “This partnership will revolutionise commuter connectivity in an innovative and economical way. The system is based on Blu Wireless’ unique ‘mmWave’ communication technology which does not require the hugely complex and expensive infrastructure of cellular systems. We believe that the combination of gigabit grade data rate with cost-effective and low power operation will be instrumental in delivering FirstGroup’s customers with best-in-class on-train Wi-Fi services.”

Repetitive on-board announcements to be removed on trains in England