To encourage investment from the private sector and other organisations, Network Rail has implemented new initiatives to make it easier to do so. 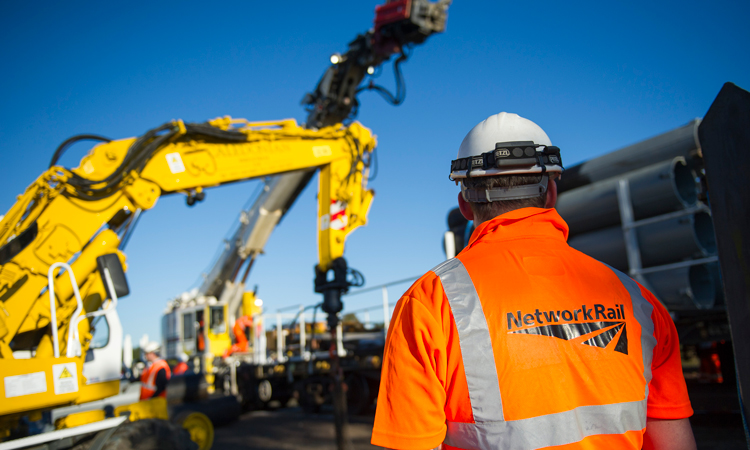 Sweeping new reforms to how railway projects are run has made Britain’s railways more attractive commercially to investors and builders, meaning passengers and taxpayers could see more improvements in the future, paid for by other organisations.

Network Rail is beginning to embed the enabling processes of its industry-wide ‘Open for Business’ programme, making it easier for other organisations – including the private sector – to invest in and build on the railway. The programme has now completed its final commitments made in response to the Hansford Review meaning investors and builders will soon find it quicker, easier and more efficient to deal with Network Rail.

For the first time Network Rail is embedding service level commitments by which other organisations can hold it to account. Officially Europe’s safest railway, it falls to Network Rail’s asset protection and optimisation (ASPRO) teams to make sure any work on or near the railway is done safely and to the right standards. By having these new service levels in place, third party promoters of projects on the railway can know what to expect from Network Rail’s service and when to expect it by.

Alongside the new service level commitments, Network Rail is implementing customer satisfaction surveys for investors and builders who have historically viewed ASPRO teams difficult to work with. Once enough responses are gathered, it will allow Network Rail to provide a baseline and benchmark for how the ASPRO teams are performing. Early results reveal that almost three quarters of the external companies working near the railway and with Network Rail are satisfied with their services. London North Western route (LNW) has the most satisfied customers (88 per cent) while Wessex route has the least (57 per cent).

David Clarke, Technical Director at the Railway Industry Association (RIA), said: “The progress Network Rail has made in developing its Open for Business programme is very welcome. The organisation has taken clear steps to becoming more business-focused and open to third party investment in rail projects, as recommended by the Hansford Review. This is a shift the rail supply community wholeheartedly supports, and which rail businesses are keen to get involved in.”

Network Rail has looked at 41 separate categories of risk that could cause problems, delays or extra cost to a project on the railway and analysed where it can take ownership of that risk, or made it clear who will cover it. An ‘industry risk fund’ has been established to enable Network Rail to take the risk and fund liabilities when projects encounter certain unforeseen industry related problems.

To encourage greater innovation, cost efficiency and third party funding into the railway, in April 2018 Network Rail asked their suppliers, contractors and stakeholders to propose more efficient ways of both enhancing and maintaining the railway if it will bring value for money and innovation. After opening its ‘standards’ up for feedback, Network Rail received 31 detailed suggestions and believes some could potentially result in improved safety, clarity, innovation, efficiency and cost avoidance.

David Ollerhead, Network Rail’s Open for Business Programme Director, said: “We’ve been breaking down barriers to make it easier for other organisations to invest in and build on the railway. We’ve now completed, on time, the final commitments we made in our Open for Business response to the Hansford Review, the key enabling activities needed for us to achieve our outcomes of attracting more third party investment into the railway, increasing competition, reducing costs and improving customer and supplier satisfaction.

“Many of these commitments are already starting to bear fruit, including delivering increased transparency of, and more consistent performance by, our ASPRO teams; closer collaboration with our suppliers to encourage creativity and innovation in delivery through challenging standards to enable cost reduction; greater clarity and sign-posting for third parties in engaging with Network Rail from our enhanced website.

“These are some of the solid foundations we are building on to further help our route businesses transition to and embed new ways of working so the full expected benefits from being open for business can be realised, not just for Network Rail, but for the whole rail industry.”