To encourage further improvements and innovations across the UK’s rail network, Network Rail is asking contractors and stakeholders to highlight where standards and regulations need to be changed… 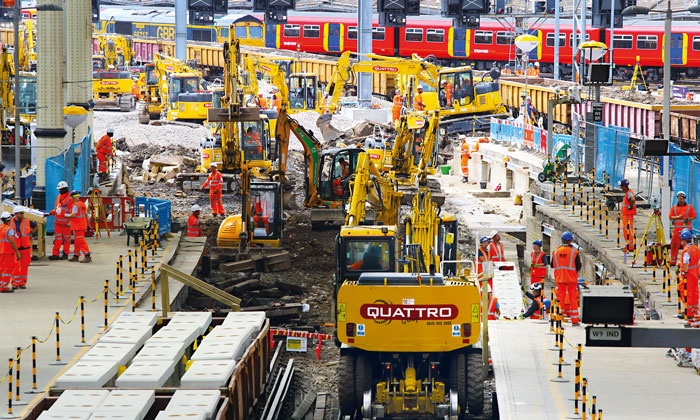 Network Rail has announced the encouragement for contractors, suppliers and stakeholders to propose changes to its standards – the detailed requirements that define how the railway and its projects are run.

The changes are to encourage greater innovation, cost efficiency and third-party funding into the rail network, whilst maintaining safety.

As part of its ‘Open for Business’ agenda, Network Rail has already updated and streamlined 400 of these standards to reduce both complexity and cost, and to encourage innovation. Suppliers and other stakeholders will also be asked to proactively suggest better ways of maintaining and enhancing the railway.

Jon Shaw, Chief Engineer at Network Rail, said: “We’ve recently updated our 400 most critical standards but, to ensure they always represent current best practice and constantly strive to safely reduce the cost of the railway, we need the help of our wider industry partners as well as experts from other industries and universities. The launch of the standards challenge process is the lever for this, providing genuine recognition and incentives to propose more efficient ways of both enhancing and maintaining our railway.”

The move represents a step toward breaking down barriers and makes it easier to introduce new ideas and procedures. Network Rail hopes these initial steps illustrate its commitment to becoming more customer-focused, more competitive and more attractive commercially.

The standards exist to ensure Britain has a safe, high performing and cost-efficient railway, but they are often seen as overly complex and adding unnecessary cost. The company’s Transformation Plan and response to the Hansford Review identified opportunities to address this by encouraging suppliers and other stakeholders to proactively challenge its standards. Network Rail therefore adopted a collaborative and iterative approach in developing the new standards challenge process in partnership with the Railway Industry Association (RIA) and several key suppliers and stakeholders.

David Clarke, Technical Director of the Railway Industry Association (RIA), said: “The standards challenge was a key recommendation of the Hansford Review into contestability and provides rail suppliers with the ability to question overly rigorous standards, thereby unlocking innovation, getting new technologies into the network and reducing costs – ultimately to the benefit of passengers and taxpayers.”

As part of the process, suppliers and other stakeholders are now able to submit a standards challenge application when they consider the standard to be incorrect, to be preventing the application of best practice or to be driving increased cost without justifiable benefits.

Following the launch of the process, appropriate incentives are to be progressively introduced to encourage challenges.

Dura Composites, supplier of composite products for the rail industry, have been working closely with Network Rail to put in place stringent fire safety standards for Glass Reinforced Plastic (GRP) products in a wide range of evacuation and non-evacuation routes.

Tom Bowman, Commercial Director and material science expert at Dura Composites, said: “GRP products are playing an increasingly important role in the rail industry thanks to their high strength to weight ratio, durability, electrical resistance, and as such, Network Rail wanted to update its fire safety specifications. As a result, classifications have been published that cover both structural and non-structural applications.”

Why choose KeTech to improve your rail customer experience?