Virgin Trains on track for 50 million passengers ahead of HS2

A new report by Campaign for Better Transport stated the ‘transformative’ investment in the Virgin High Frequency (VHF) timetable has underpinned growth. 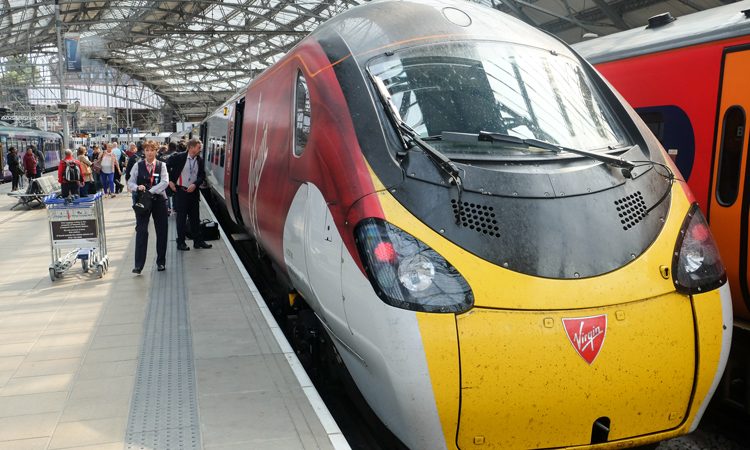 Nearly 40 million journeys were made over 2018/19 on the route connecting London to major cities such as Manchester, Birmingham, Preston and Glasgow, a 3.1 per cent increase on the previous year and up by nearly 10 million compared with six years previously.

The current growth trajectory will see nearly 50 million passenger journeys being made on the west coast route by 2026 when the HS2 route between London and Birmingham is due to open.

These statistics were found as a report by Campaign for Better Transport, ‘Transformation of the West Coast Mainline: How rail investment is benefitting people, the environment and the economy’, highlighted that growth on the route had nearly doubled that of the rest of the rail industry following investment by government and industry in the Virgin High Frequency timetable a decade ago.

It was shown that upgrades to the line and the smooth introduction of the Virgin High Frequency timetable and new trains have achieved not just better journeys and increased passenger numbers, but regional and local economic growth, less congested roads and lower carbon emissions from transport.

Specific results include seven million fewer car journeys per year between London and Manchester; 26,000 fewer daily car journeys on the M1 and M40; 1.7 million fewer people flying between London and Manchester, resulting in 5,000 fewer flights and 60,000 tonnes of carbon savings between 2004 and 2017. Furthermore car journeys from the Lakes District National Park have been reduced by one million and a 17 per cent increase in peak-time traffic flows north of Birmingham has been prevented.

Phil Whittingham, Managing Director for Virgin Trains, said: “We have worked tirelessly with the government and industry partners to completely transform the West Coast route, introducing a fleet of new trains, achieving one of the biggest timetable changes since privatisation without a hitch and bringing a focus on customer experience that the industry had not experienced before. This report offers a useful insight into the scale of this transformation and its wider positive impacts on regional economies and the environment.”

Between 2006 and 2018, Virgin Trains journeys grew by 105 per cent, compared with growth of 59 per cent across all train operators and 62 per cent in the long-distance sector.

Darren Shirley, Chief Executive of Campaign for Better Transport, added: “At a time when rail investment is being questioned because of poorly implemented timetable changes, problems with franchises and over-running and over-budget projects, it is easy to lose sight of the huge benefits which can be achieved. Rather than being happy side effects, outcomes such as lower carbon emissions, support for local economies and tackling road congestion should be regarded as a direct consequence of support for the railways.

“The improvements to the West Coast Mainline were achieved thanks to a partnership of government and industry investment. With radical changes to the UK rail system under consideration as part of the Rail Review, this report shows how thinking, collaboration and cooperation can have far reaching and long-term benefits.”