Major new railway hub to be created in Dunkwa, Ghana

The town of Dunkwa-on-Offin has been earmarked by Ghana’s Ministry of Railway Development to become a major new railway hub. 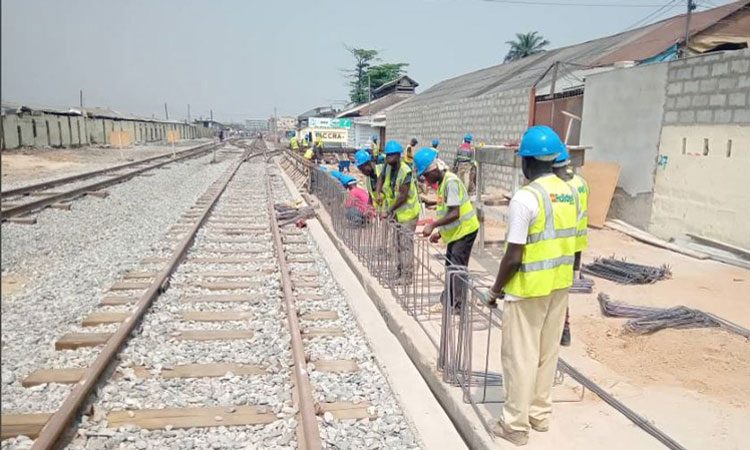 The Dunkwa railway hub will host a number of facilities such as maintenance and repair centres, training centres, locomotive depots, freight operation areas among other modern ancillaries.

President of the Republic of Ghana, Nana Addo Dankwa Akufo-Addo, has allocated an extra US$1 billion to the development of the country’s new railway network and US$500 million of this has been committed to the construction of the Western Line.

The project, when completed, will directly employ over 3,000 men and women in the local area.

Located in Ghana’s Central Region, Dunkwa-on-Offin, a town located in the upper Denkyra, was selected as it is a major junction on the country’s Western Line.

The plans were revealed by Minister for Railway Development, Mr Joe Ghartey, where he led an international team of railway experts to the Dunkwa Traditional Council and the Dunkwa Omanhene to discuss the implementation of the President’s vision of building a modern railway network across the country.

Mr Ghartey appealed to the Traditional Authorities for 60 acres of land to enable China Wuju Group Corporation (also known as China Railway No. 5 Engineering Group Co. Ltd), contractors of the project, to pitch their camp, in order that work on the project may start as soon as possible.

The Omanhene of the Dunkwa Traditional Area, Nana Okoforobuo Obeng Nuako III praised the plans, saying that the Traditional Authorities would immediately prepare the 60 acre space and hand it over for the project.

The Ghana Railway Development Authority (GRDA) and China Railway Wuju Group Corporation signed an agreement in May 2019 for the continuation of the development of the new Standard Gauge Western line, which will have both passenger and freight services. Under this agreement, the Manso through Tarkwa to Dunkwa section of the line will be developed at a length of approximately 100km.

Mr Ghartey has suggested that a steering committee made up of the Traditional Authorities, Ministry, agencies and contractors be formed to oversee the smooth implementation of the project.