Hull Trains has released new images which show the production of its new £60 million fleet, set to be running on UK tracks by the end of 2019. 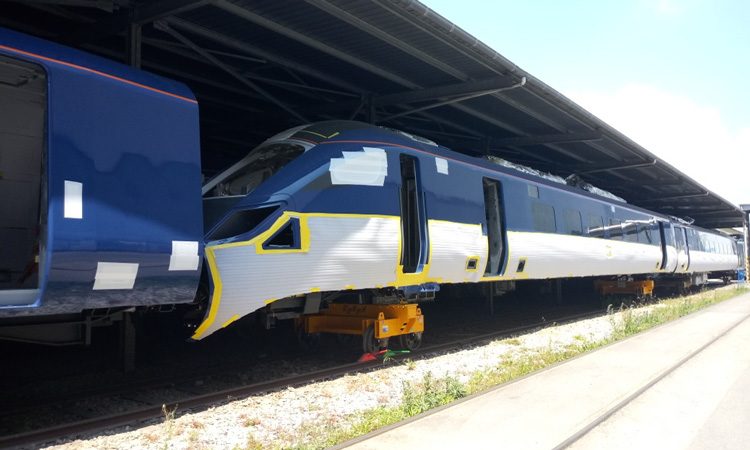 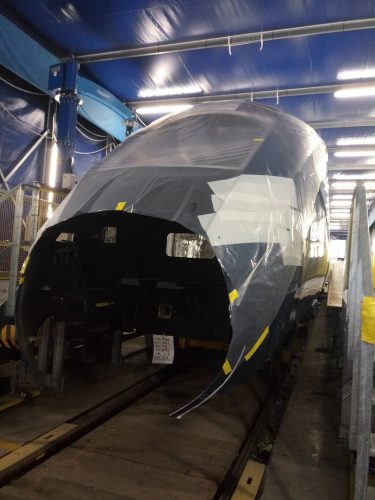 It comes as the operator confirms the new hi-tech trains are on schedule to arrive in the UK later this year, with the first of the five trains in passenger use by November. The state-of-the-art trains are being manufactured in Pistoia, Italy, having been built at Hitachi Rail’s manufacturing plant in Japan.

The spacious new seats are being made in Barcelona, Spain – with the first sets now ready for inspection. Hull Trains is replacing its entire current fleet of Class 180s with five new intercity Class 802 trains in what will be the biggest project the company has ever seen in its 19-year history. The trains will be more reliable, stylish and accessible, as well as being more environmentally friendly and energy efficient.

Richard Vernon, Fleet Project Engineer at Hull Trains who has recently returned to the UK having been in Italy, said the pictures show an exciting stage in the process.

He said: “These trains really are a reality now and later this year our customers will be travelling on them between Hull and London. As you can see from the pictures, they really are taking shape and look really impressive. It really is an exciting phase in the project for us because we are deep into the production process now and to see a sea of blue in the assembly house really is extraordinary.

“We are on schedule for the first train to arrive in the UK in August, and by November the first train will be in passenger use. Looking at them you really can see how they will transform rail travel between Hull and London.”

In the factory, the shells of the trains first enter the pre-production lines where the windows are fitted and the wiring and flooring is completed. The toilets are also added at this stage.

The next stage is the main assembly area which is a six-part installation production process. It’s here where the interiors are fitted. Currently, there are three trains side by side in this stage in Italy. Once the first train is completed it will enter system testing before it’s ready for its first inspection. The first train is due for inspection at the beginning of July.

As well as the production process, staff are busy working behind the scenes to get acceptance from the Office of Rail and Road (ORR.) To do this, Hull Trains will need to submit technical files.

On schedule for passenger use 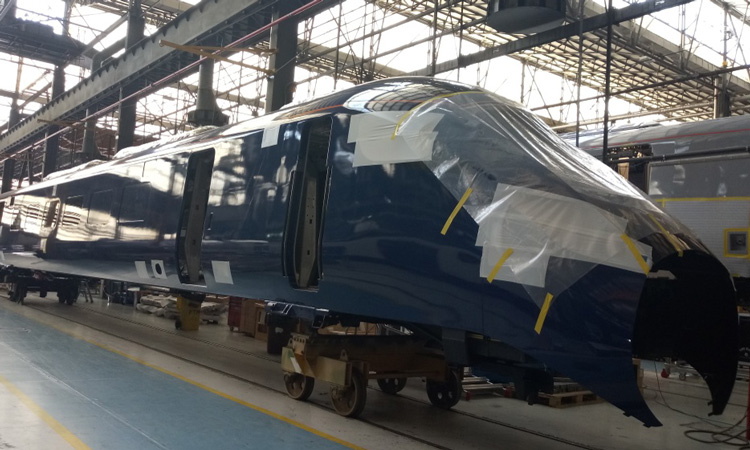 Once in the UK, each of the new trains has to experience 1,500 miles of fault-free running time on the tracks. Hull Trains, alongside financiers Angel Trains, will then fully inspect the trains.

Vernon said: “Everything you could imagine is looked for. We need to make sure everything is exactly as we want it. It will be a very busy period of inspections for us. However, we don’t envisage too much of an issue because we have seen the quality of work in Japan and Italy.”

The trains will be phased into the timetable alongside existing trains, and all five will be running by 31 December.