The UK’s Department for Transport (DfT) have unveiled plans which it hopes will improve signage to protect motorists and pedestrians using private level crossings. 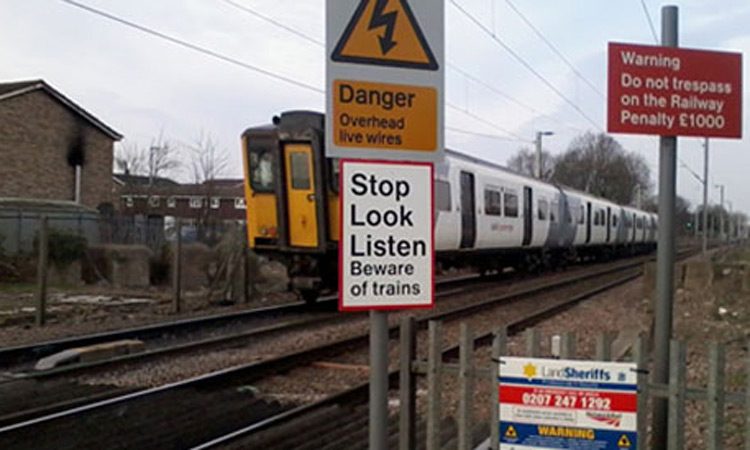 Private level crossings are intersections where a railway crosses a road or footpath on private land. The gates are often manually operated with many crossings requiring users to telephone a signaller to check that it is safe to cross the tracks.

There are approximately 2,500 private crossings in the UK, representing more than a third of all level crossings on the network.

To improve safety at these crossings, the DfT has worked closely with the Office of Rail and Road (ORR) and Network Rail to revise and make improvements to the signage used.

Rail Minister, Andrew Jones, said: “The safety of everyone using our rail network is always our priority. Private level crossings represent a particular area of risk on our network, so it is vital that we update decade-old signs to ensure they are simple and safe for users. We will continue to work with the industry to test these new signs and ensure our rail network remains one of the safest in the world.”

New designs have been tested at Cannock Chase in Staffordshire since August 2018. The government now intends to introduce legislation to the Private Crossings (Signs and Barriers) Regulations 1996 which would see these new designs brought onto the network during 2020.

In August 2018, the Rail Accident Investigation Branch (RAIB) published a report on its investigation into a fatal collision involving a high-speed train and a delivery van at a private crossing at a farm in Teynham, Kent, in October 2017. This report recommended that the government should review and revise signs at private crossings so that they clearly and unambiguously convey information and instructions on how to use the crossings correctly.

Many private level crossings were created with the rapid growth of the railways in the Victorian era to maintain access for private landowners, such as farmers. But in recent years, the profile of users has diversified significantly and now includes couriers, delivery drivers and members of the public, many of whom are unfamiliar with how to use these types of level crossing safely.

The technology available to the rail industry to manage level crossings and enhance protection has also developed in recent years, yet the signage at crossings has not developed at the same rate, presenting a safety risk to members of the public, with more trains running than ever before.

Case Study: The effect of extreme cold on the GURU Plug

The importance of aerosol extinguishing systems for the rail sector