The California High-Speed Rail Authority and Kings County Board of Supervisors have announced the signing of three major agreements that will clear the way for substantial progress on California’s high-speed rail programme in Kings County in the Central Valley. 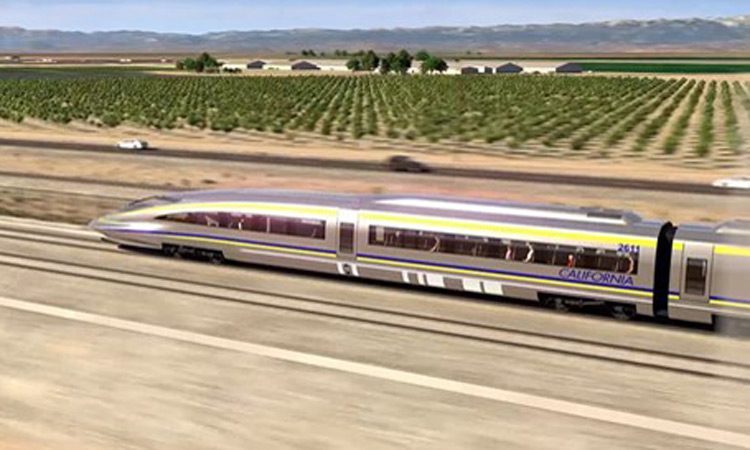 Conceptual rendering of a typical high-speed rail segment in the Central Valley near Corcoran. Credit: hsr.ca.gov

High-speed rail in California will connect the mega-regions of the state, contribute to economic development and a cleaner environment, create jobs and preserve agricultural and protected lands. The system will run from San Francisco to the Los Angeles basin in under three hours at speeds capable of over 200mph. The network will eventually extend to Sacramento and San Diego, totalling 800 miles with up to 24 stations. In addition, the California High-Speed Rail Authority (Authority) is working with regional partners to implement a state-wide rail modernisation plan that will invest billions of dollars in local and regional rail lines to meet the state’s 21st century transportation needs.

Kings County Supervisor, Doug Verboon, said: “Now is the time for Kings County to come together with the Authority to settle disputes and to signal a new phase of cooperation. With our agreements in place, the high-speed rail project can move forward, and we can continue to protect the interests of the people of Kings County.”

The work in Kings County is located within Construction Package 2/3, an approximately 65-mile construction area that stretches from East American Avenue in Fresno County to one mile north of the Tulare/Kern County line. High-speed rail construction is taking place on over 119 miles in the Central Valley. There are currently more than 300 certified small businesses working to build the Central Valley segment, and to date, nearly 3,000 construction workers have been dispatched to the project.