The California High-Speed Rail Authority has released staff recommendations for the State’s preferred alternatives for the high-speed rail routes in Northern California. 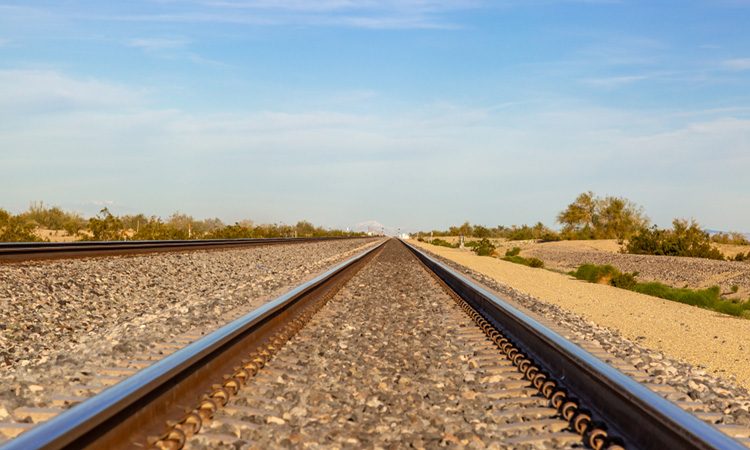 The action kicks off the start of a comprehensive outreach campaign through the summer to gather feedback from the public on the staff recommendations for the The California High-Speed Rail Authority Board of Directors to consider in making their decisions in September.

Major outreach events will include several community working group meetings in July, and six public open houses in August. Input received from the public regarding these routes will be presented to the Authority’s Board of Directors in September for consideration along with the staff recommendations.

In the San Jose to Merced project section, Authority staff recommend Alternative 4 as the State’s preferred alternative. Alternative 4 utilises a blended configuration between San Jose and Gilroy in the existing Union Pacific Railroad corridor before continuing to a dedicated high-speed rail alignment through Pacheco Pass. 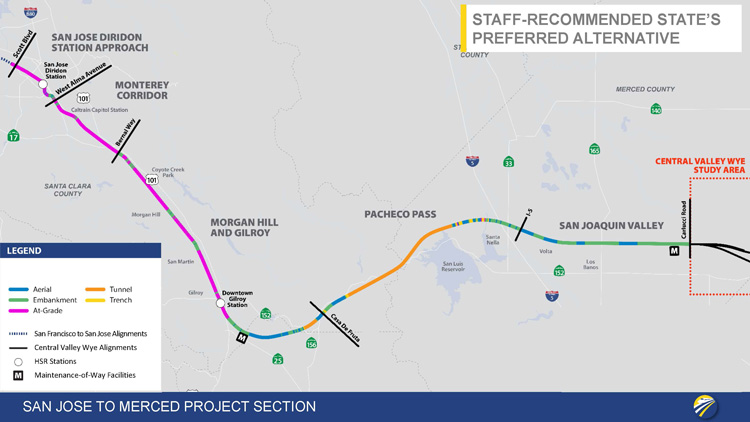 In the San Francisco to San Jose project section, Authority staff recommend Alternative A as the State’s preferred alternative. Alternative A includes a light maintenance facility on the east side of the tracks in Brisbane and does not include additional passing tracks in the middle of the corridor. 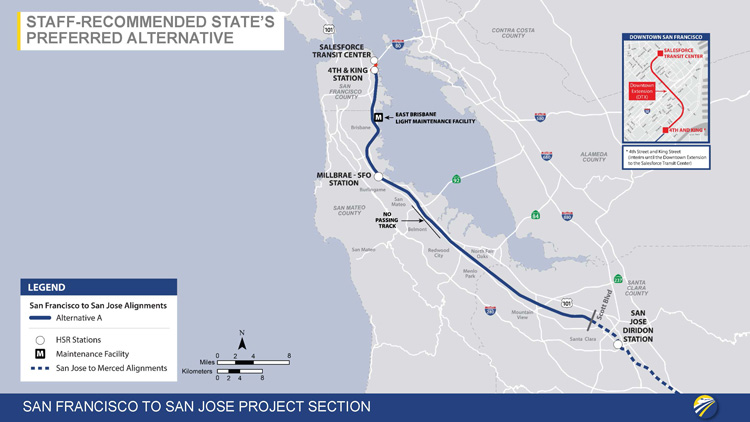 Northern California Regional Director Boris Lipkin, said: “The identification of the preferred alternatives is an important step in defining the programme and advancing the implementation of the Authority’s Silicon Valley to Central Valley Line that will ultimately bring high-speed rail to Northern California. In recommending preferred alternatives, we aim to find the right balance between system performance characteristics, environmental factors, and community factors.”

In September 2019, staff will present its recommendations along with the feedback received during outreach and will seek direction from the Board of Directors for which alternatives to identify as the State’s preferred routes. Subsequently, the draft environmental documents are due out in December 2019 for the San Jose to Merced project section and in March 2020 for the San Francisco to San Jose project section. While all alternatives will be evaluated equally in the draft environmental documents, identifying the State’s preferred alternatives will be guide the public to what is most likely to become the project. Final route decisions will be made at the conclusion of the environmental review process.