UWC, the largest producer of freight cars in Russia, will build the additional flat cars at their Tikhvin production site. 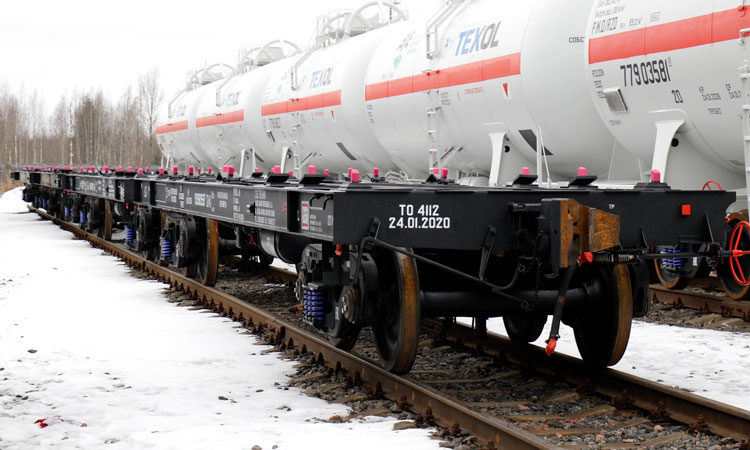 The additional flat cars on 25 tonne axle load bogies will be used tor the transport of heavy-duty containers along the Russia-Poland transport corridor.

The batch of flat cars is set to be delivered by the end of May 2020. Following the agreement, the number of contracted Tikhvin-produced cars in the Laude Smart fleet will rise to 841 units, 641 of which are model 13-6851-01 flat cars for use in the 1,520mm track gauge space, with 200 Sgmmns flat cars for the 1,435mm track gauge.

This model flat car has a service life of 40 years. The increased operational reliability of the rolling stock, ensured partly thanks to the fact that the cars are equipped with model 18-9855 bogies with a 25 tonne axle load, has made it possible to increase the maintenance interval up to one million kilometres (or eight years), reducing operational costs over the car’s life-cycle almost threefold.

Marcin Witzchak, CEO at Laude Smart Intermodal SA, commented “I am certain that our market position depends on choosing the right supplier for our cars. The operational reliability and improved technical specifications of the UWC cars give us significant advantages over our competitors.”