COVID-19, tackling climate change and the future of rail

Philippe Citroën, Director General of UNIFE (the Association of the European Rail Industry), considers the path that Europe’s rail industry must take as it seeks to move forward from the coronavirus pandemic while tackling climate change. 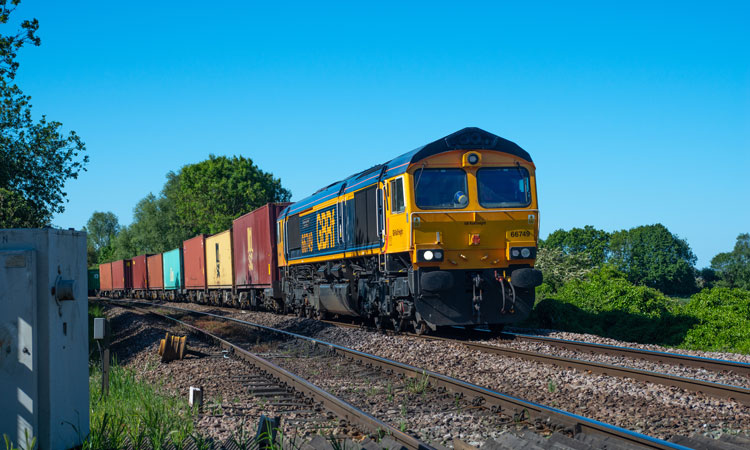 As Europe transitioned into the 2020s, there was an air of optimism. Having progressed through the crises of the past decade, Brussels welcomed a new European Parliament and Commission in 2019. Their arrival, particularly that of the von der Leyen Commission, was accompanied by the introduction of new policy objectives intended to create “a stronger Europe in the world”, one that was “fit for the digital age”, pursuant of “a new push for European democracy” and had an “economy that works for people.” Most celebrated was their commitment to the ‘EU Green Deal’ – its hallmark project – that would put Europe on track to become the first climate-neutral continent by 2050.

Commitment to the EU Green Deal

However, the advent of the novel coronavirus has understandably shifted political focus to resolving the immediate sanitary crisis, its economic consequences and a wave of societal unrest which is forcing us to rethink what Europe should, and could, be. During COVID-19, rail has been essential to Europe’s response, as its extensive railway network ferried key personnel and crucial materials, including medical supplies, to where they were needed most. Seeking to exit this public health crisis while confronting climate change and economic uncertainty, the European Union (EU) must continue to view the Green Deal as a strategic guide as the European Commission (EC) strives to complete a green transition that has the potential to address both challenges. European institutions must mobilise resources and regulatory reforms to generate innovations and impactful products, as well as ensure their speedy implementation.

Rail will, as it was during COVID-19, be of critical importance to achieving these sustainable goals. The transportation sector is the second largest greenhouse gas (GHG)-emitting segment of the European economy, after energy production. However, while transportation as a whole generates nearly 24 per cent of Europe’s emissions and is the only one that has managed to increase them over the last 20 years, rail only generates 0.5 per cent of those greenhouse gasses and has managed to reduce its carbon footprint while expanding both its passenger and freight capacities – currently, conveying 17 per cent of inland freight and eight per cent of passengers. President von der Leyen has recognised rail’s potential, pledging to shift “a substantial part of the 75 per cent of inland freight carried today by road…onto rail and inland waterways” when she first presented the EU Green Deal presentation to Parliament. The European rail supply industry is confident that it can provide Europeans with sustainable mobility in line with that vision, but it is only possible if given support as it attempts to rapidly deploy future green technologies.

After long negotiations in July 2020 in the Council of the EU, an agreement on the 2021‑2027 Multiannual Financial Framework (MFF) and a supplemental COVID-19 recovery package, ‘Next Generation EU’, totalling €750 billion, has been reached, but the negotiations between the European Parliament and the Council have yet to be concluded before the end of 2020.

As the EU confronts COVID-19’s economic consequences and continues to face the concurrent climate crisis, the final package – to be reached with the European Parliament – should provide more resources to the Connecting Europe Facility (CEF). UNIFE counts on strong support in the negotiations from the European Parliament, as the Council proposal reduced the CEF Transport budget from €22,884 billion (proposed by the Commission) to €21,384 billion. Investments through the EU Structural Funds and InvestEU will also help to ensure a swift economic rebound for the rail sector and the creation of truly sustainable, multimodal mobility. It is, therefore, important to ensure that rail is a priority in the national recovery and resilience plans currently being prepared by the Member States.

These funds, along with those made available through the European Investment Bank (EIB) loans, can fuel mainline and urban rail projects that are intended to decarbonise Europe’s mobility systems and provide jobs, economic development, feasible educational opportunities and accessible housing, while reducing the harmful side effects of mounting urbanisation. Executive Vice-President of the Commission, Frans Timmermans, understands these potential benefits, reaffirming them by stating that “We absolutely need a vibrant and strong public transport sector to fulfil our Green Deal Goals” and that the “Connecting Europe Facility (CEF), InvestEU and other funds” should be directed towards green transportation options, such as “the modalities of rail”. UNIFE will continue its advocacy efforts with both the EC and the EIB to promote the modernisation and expansion of rolling stock to be deployed alongside ERTMS across Europe.

Research & Innovation (R&I) is pivotal to fostering Europe’s use of these technological capabilities, as well as allowing its companies and industrial actors to compete globally. R&I is also essential for the EU’s economic growth, as these investments have proved to be key drivers of productivity and prosperity. To achieve Green Deal objectives, including the 2050 climate neutrality ambition, R&I will create solutions needed to create a more sustainable, efficient and competitive transport paradigm around Europe’s cleanest and safest mobility mode – rail. In recent years, the European rail sector’s innovation efforts have found continuity, stability and a long-term vision through Horizon Europe’s Shift2Rail Joint Undertaking (S2R JU).

This institutionalised partnership, managed by Executive Director Carlo Borghini, has brought together suppliers, operators, infrastructure managers and academia from across the Member States to boost the sector’s innovation ecosystems. Under the upcoming EU budget, rail’s collaborative-research instrument still has great potential that has yet to be recognised. The whole sector – namely UNIFE, CER, EIM and UITP, in cooperation with DG MOVE – has been working relentlessly to prepare S2R JU’s successor, ‘Transforming Europe’s Rail System’. Through this programme, the rail sector – with its supply industry at the forefront – wants to enable rail transport to become the system integrator of a clean, digitalised, integrated mobility system. UNIFE believes that a strong R&I budget is fundamental to ensuring both green and digital transitions, but also European technological sovereignty. The rail sector, through ‘Transforming Europe’s Rail System’, is keen to play a key role in helping the EU to achieve its sustainability and competitiveness objectives.

In addition to financial support and technological innovations, the Single European Rail Area (SERA) will require the swift and full transposition of the Technical Pillar of the Fourth Railway Package across the EU. Although the EC provided Member States with the option of extending their transposition in April 2020 due to the unforeseen COVID-19 crisis, Croatia, Denmark, Germany, Latvia and Slovakia managed to transpose on-time in mid-June 2020, while the remaining 12 who could not do so are now set to adopt the Directives and join the Fourth Railway Package regime in October 2020. UNIFE is of the belief that these Member States doing so as soon as possible is of great import, as any further delay postpones the European Union Agency for Railways (ERA) empowerment as a ‘One-Stop Shop’ for vehicle authorisation. ERA’s ability to perform this new role will make quicker, easier and cheaper-to-get next generation, sustainable rail products to market simultaneously across Europe.

While the EU struggles to further open third country markets, it should consider it a priority to provide an adequate level of protection against unfair competition in the European market. In this respect, the recent proposal from the EC in its ‘White Paper on levelling the playing field as regards foreign subsidies’ marks a significant step in the right direction. Additionally, we think that railway undertakings and infrastructure managers would be better served to make use of the Most Economically Advantageous Tender (MEAT) principle when evaluating bids, assessing them not only by price, but under a more holistic rubric that considers their qualitative, social and environmental rigor, as well as overall lifecycle costs.

Plan for the future

Finally, the EU must continue to plan for the future. In 2011, it released a Transportation White Paper that served as an unprecedented commitment to crafting a future of mobility that was comprehensive, inclusive, coordinated and harmonised. DG MOVE is reviewing this document ahead of the ‘Strategy for Sustainable and Smart Mobility’, slated to be released by the end of 2020. In a recent joint statement made with CER and EIM, UNIFE voiced support for an ambitious new strategy that strives and prioritises the creation of a seamless and frictionless single European transport area.

The rail sector urges policy makers to pursue ambitious climate objectives that are needed to make the EU transport strategy compliant with the EU Green Deal; the decarbonisation of transport is paramount to achieving the EC’s hallmark initiative’s climate-neutrality objective. The forthcoming EU mobility strategy should build on the 2011 Transport White Paper objectives that will be presented by Transport Commissioner Vălean before the end of 2020, set the EU policy framework for transport for the coming years and reduce Europe’s carbon footprint by 90 per cent by 2050.

Philippe Citroën joined UNIFE in 2011. He began his career as Transport Advisor at the French Permanent Representation to the EU, then becoming Member of the Cabinet of the French Transport Minister in 1990. In 1993, he became Manager and Chief of Staff at RATP Paris, and joined the SNCF as Strategy Director in 1999. Prior to assuming his position at UNIFE, he served for eight years as CEO of Systra – one of the world’s leading public transport engineering companies. Philippe is a graduate of Paris II University in Public Law, holds a Diploma from the Paris Institute of Political Studies (Sciences Po) and studied at the Ecole Nationale d’Administration (ENA), where he also lectured about rail and urban transport. Philippe is a member of the Global Railway Review editorial advisory board.