Karsten Oberle, Head of Rail at Nokia, explores the futuristic implications that increasing automation in the rail industry can offer and explains what benefits rail operators can expect by fully embracing automation. 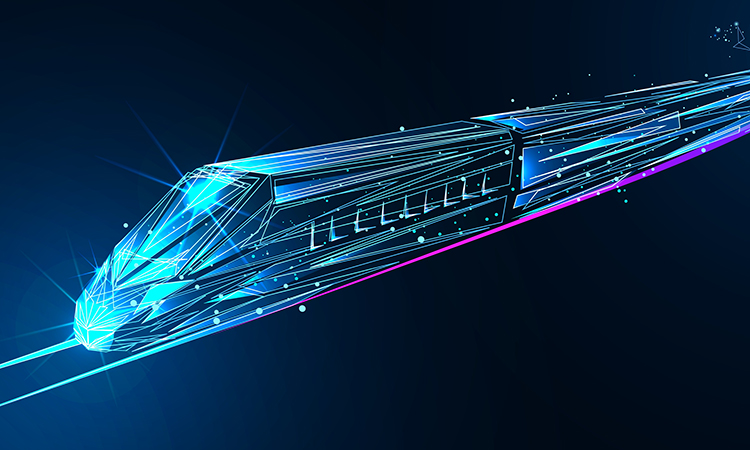 Due to all this, automation will take time to be fully embraced by the industry. Rail operators need to first understand the different use cases and the foundational technologies involved in bringing automation to their systems, this includes the communications networks needed to realise automation as well as the time needed to plan, design, and integrate those networks into their operations.

While rail freight has many advantages over transporting goods by truck, turnaround times have plagued rail cargo operations. To address this, rail companies are investing in automation to shorten turnaround times.

Labour shortages and worker safety are consistent themes to pay attention to for most rail operators around the world; the shortage of drivers and yard workers is one area where automation can help in different ways.

There are high profile examples, such as Deutsche Bahn’s driverless train pilot programme in Hamburg, Germany, where they are using 5G technology to handle the critical engine-to-track communications. While this example is at the cutting edge of automation, in the short term it will be more common to see a mixture of remote operations coupled with automation in the rail industry.

Improving the efficiency of shunting yard operations, for example, has a major impact on costs, volumes, turnaround times and reliability. Overall, while rail freight has many advantages over transporting goods by truck, turnaround times have plagued rail cargo operations. To address this, rail companies are investing in automation to shorten turnaround times. Examples include automated (i.e., remote operated) coupling, automated brake tests, and remote operated driving with real-time video feeds and control. All these require reliable, low latency connectivity in the yard.

Sensors and video analytics can further add to the safety and efficiency of these operations by automating the maintenance of adequate distances between workers and obstacles, regulation of speed when passing over points, and, for more sophisticated mechanisms, to ensure safe coupling. As the algorithms become more capable over time, the shunting and marshalling operations can also become increasingly autonomous and efficient. In the future, remote back office and yard workers will oversee multiple operations simultaneously, with the ability to take control at any time or during specific points in the operation.

The concept of a connected workforce involves enhancing working lives using digital technologies. Leveraging automation to improve worker safety introduces wearable sensors, these will help to constantly monitor the key health vitals of workers. Parameters such as heart rate and worker fatigue can be detected to warn of potential concerns, for instance. Sensors on a helmet can even detect impacts to identify and report on life-threatening incidents. Monitoring worker locations can also prevent inadvertent entries to hazardous zones or to report on worker whereabouts during site-wide incidents.

The wide adoption of Internet of Things (IoT) sensors in the railway business will be slow as older equipment and fleets are replaced with the new IoT-equipped technology. One technology, however, that can be upgraded immediately is video.

Automation in the video area solves the problem of human attention, which is difficult to maintain when watching seemingly endless images of the same scene.

Most railways already have and use CCTV cameras. Automation is now turning these decades-old resources into sophisticated sensors using artificial intelligence (AI)/machine learning (ML). The newly intelligent cameras can then be used for security, but also for automated safety systems.

Automation in the video area solves the problem of human attention, which is difficult to maintain when watching seemingly endless images of the same scene. AI/ML-based analytic software can learn what a normal scene looks like and alert an operator when something different happens.

For instance, cameras pointed at a level crossing will generate a very consistent image of an empty track when the gates are down. However, if a car is caught between the gates, blocking the track, this will generate a very different image. This anomaly will trigger the software to alert either existing safety systems or railway personnel, who can instantly view the footage and act accordingly. Video cameras also have microphones, so that sounds, such as breaking glass, can also be identified as an anomaly and trigger security personnel to investigate.

Video analytics can be used for level crossings, perimeter and asset surveillance, platform surveillance, crowd monitoring in larger stations, as well as being mounted on trains for identifying obstacles on the track. These analytics and machine learning technologies can also be used for infrared cameras and light detection and ranging (LIDAR).

As we look ahead to the development of robots and drones, there are other more futuristic video use cases that we can imagine as well. Drones are already in use to inspect tracks they can also be used in yards and stations to monitor goods wagons and other assets.

Another use case for automation is in better scheduling of maintenance.

Scheduled maintenance, which is the standard practice today, is imprecise because it is based on the historical performance of the equipment and manufacturers’ best estimations of what is the safest maintenance period. Whilst generally safe, it does not catch edge cases where there is a manufacturing fault or a mistake in assembly or repair that leads to early failure of a component.

Conditions-based maintenance uses sensor-based data from tracks or rolling stock to understand the actual condition of the equipment and schedule maintenance accordingly. This not only has the potential to catch early edge cases, but it can also reduce the amount of maintenance needed overall. Generally, maintenance schedules assume close to the worst-case scenario and, as a result, much of the maintenance that is done is not required.

The next step in this journey is predictive maintenance, enabled by connecting sensors and the real-time transmission of data. By comparing real-time data, collected by the equipment, against the target state, AI and ML programmes will be able to predict when the piece of equipment is most likely to require maintenance. This makes it possible to better schedule and allocate maintenance resources in advance. Across an entire fleet, this will help operators to better manage resources and avoid prolonged downtimes as equipment waits to be maintained.

Taken individually, there are numerous operational technologies (OT) involved in realising each of these use cases, but many of them are common to almost all examples. Thus, as railways plan for an automated digital future, there are long-term strategic choices they need to make.

As railways plan for an automated digital future, there are long-term strategic choices they need to make.

Cloud and edge computing, as well as mission critical communication networks, are the two most obvious. Work is being done currently to define the Future Railway Mobile Communications System (FRMCS), and another new application is leveraging private wireless networks in yards and depots. Aligning automation plans with these kinds of standard technologies will be essential.

The focus of the next decade will be on retiring GSM-R and implementing FRMCS. However, it also makes sense to begin to build cloud infrastructure, modernise the backbone network using the latest 5G-ready IP and optical technologies as well as LTE/5G communications systems in yards even now. This will enable operators to begin trialing other automation use cases and beginning the journey to an automated future, building a more resilient and reliable railway system.

Karsten Oberle received the Dipl.-Ing. (FH) degree in communications engineering from the University of Applied Sciences ‘Fachhochschule für Technik’ Mannheim, Germany, in 1998. In the same year, he joined the Alcatel Research Centre in Stuttgart. As Head of Rail at Nokia, he is responsible for expanding Nokia’s business in the railway sector with a current focus on the future of rail communication (e.g. FRMCS, 5G), cyber-security for railways and analytics. This includes building and managing new sales programmes, steering of global business development activities, and guiding regional sales and marketing teams on customer engagements. 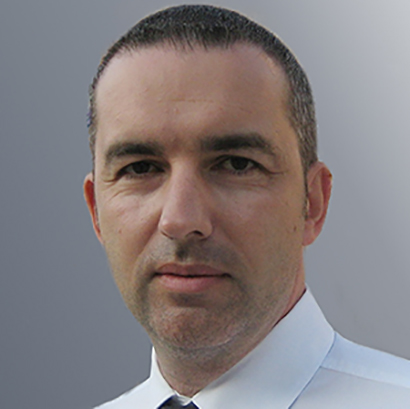