In Global Railway Review Issue 4 2022, Wayne Rogers, Chairman and CEO of the Northeast Maglev, explains the importance of bringing high-speed travel to the United States through the SCMAGLEV train and explores the possibilities that this innovative technology offers passengers and the planet. 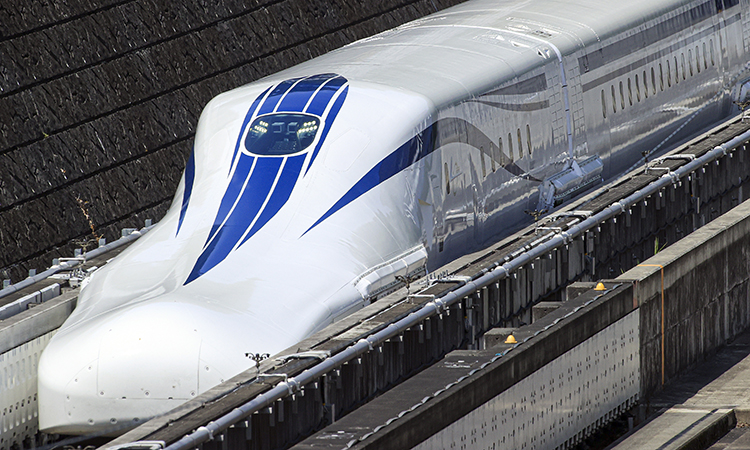 The United States Northeast Corridor, which stretches from Washington, D.C. to Boston, Massachusetts, is notoriously overdue for a mass transportation improvement. With record levels of congestion, traffic, bottlenecks, and accidents compounded by projected population growth, it is evident that the issues are showing no sign of slowing down. We sorely need truly safe, efficient, reliable, and high-speed mass transit options. Overcoming an escalating rush hour is no longer the only challenge at-hand; the mounting impacts of climate change have highlighted the duty to tackle transportation needs without producing harmful greenhouse gas (GHG) emissions. Despite the odds, there is an ultra-low emission, reliable, and incredibly fast mode of mass transportation that is now up for the challenge.

The United States lags behind much of the world in true high-speed rail development. The SCMAGLEV system proves that we no longer must choose between the wellbeing of people and the wellbeing of the environment; we can choose both.

Northeast Maglev is working closely with Central Japan Railway (JRC) to bring the next generation of ultra-high-speed travel to the Northeast Corridor: the SCMAGLEV (Superconducting Magnetic Levitation) train. The innovative technology and impeccable safety standards inherent to the SCMAGLEV system will revolutionise high-speed rail development in the country, skipping an entire generation of technology and setting a sustainable standard for the nation’s transportation.

Mass transit is integral to reducing congestion and improving transportation reliability, as demonstrated by the effective high-speed rail rollouts in many EU and Asian countries. Yet, the U.S. remains without any true high-speed rail service, as defined internationally as over 300km/h (186mph). While the Chinese have built more than 10,000 miles of high-speed rail in the last decade, the U.S. has built none. The SCMAGLEV system will change this and offer travel between Washington, D.C., and New York City in just one hour at 500kph (311mph). The SCMAGLEV is much more than the typical high-speed rail system. Its new train models employ innovative technologies that set it apart from all other railways, and even its own maglev predecessors.

With revolutionary technologies and Northeast Maglev’s commitment to renewable energy sources, the SCMAGLEV foreshadows a desperately needed paradigm: expanded transportation ecosystems with a reduced reliance on fossil fuels and emissions. Building upon JRC’s continued dedication to increased efficiency, technological development, and speed, while maintaining the world’s best safety standards, the SCMAGLEV is a promise not only for a better future for our people, but for the planet as well.

TO READ THIS ARTICLE IN FULL, PLEASE COMPLETE THE ‘READ NOW’ BOX BELOW…