The introduction of an ERTMS/ETCS Accelerated Plan is a great challenge for the whole Italian railway system. Rete Ferroviaria Italiana (RFI) is one of the main developers of the system, used to overcome the market constraints imposed by the legacy national signalling systems and achieve an interoperable European rail network. Fabio Senesi, Chiara Iommazzo and Gaspare Antona from RFI, explain more. 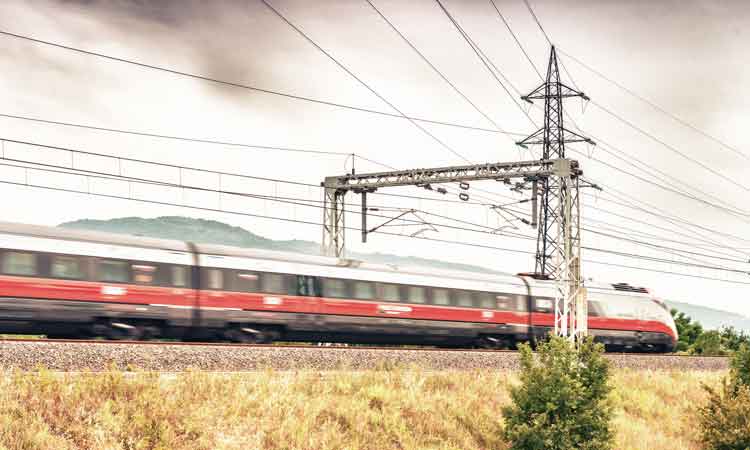 The European Railway Traffic Management System (ERTMS) is a single European signalling and speed control system that ensures interoperability of the national railway systems, reducing the purchasing and maintenance costs of signalling systems, as well as increasing the speed of trains, the capacity of infrastructure and the level of safety in rail transport.

ERTMS is chosen as a standard by the European Commission (EC) to overcome the constraints between different national signalling systems and to promote the interoperability of railway networks.

Italy was among the first European countries to adapt ERTMS to its high-speed network. For the existing lines, according to the national implementation plan issued in 2017, Italy has foreseen the progressive deployment of ERTMS overlapped with the national Class B system, with the possibility of decommissioning this last one only after 2026.

The experience of dual trackside equipment we are undertaking with the ‘Breakthrough Programme’ issuing the higher cost in terms of investment and maintenance of the double system, and performance limits, due to the need to adapt logic and regulation to the legacy system.

In this context, RFI proposed to migrate to a dual onboard strategy, based on the deployment of ERTMS, coupled with the decommissioning of the Class B system and in parallel the retrofit or upgrade of the whole operating fleet.

A specific cost-benefit analysis that accompanied the proposed initiative, comparing different scenarios, shows that the best way to migrate to ERTMS dual inboard is accelerating the deployment over the whole network.

The highlights of the Italian ERTMS Accelerated Plan are the extension of ERTMS over the whole railways infrastructure (approximately 16,800km by 2036), the progressive decommissioning of the Class B system to proceed with the contextual and simultaneous deployment of ERTMS trackside and onboard, and providing the necessary financing to the railway undertakings. Furthermore, to fully exploit ERTMS, the acceleration also implies that the technological renewal of Digital Interlocking, Traffic Management System, Telecommunication System, and ETCS, are now carried out in coordination with ERTMS, to make the technological renewal process more efficient.

This model required a new RFI governance of investment with the use of multitechnological framework agreements and multi-technological project managers for a geographical area.

This plan received €3 billion of European Funding by Recovery Plan to realise the investments on trackside until 2026, which for us represents a great answer to our mission.

Thus, the status of ERTMS realisation by 2026 is represented in Figure 1. The black lines represent sections already equipped and in operation with ERTMS. The green lines show the Breakthrough Program lines to be realised by 2026 using the ERTMS (Class A) system overlapped with the national system (Class B). The red lines show only the sections that must been equipped with ERTMS Level 2 standalone of the Accelerated Plan.

In the next few years, we have the completion of the dual trackside project currently in construction and the Accelerated Plan started in 2021 with the launch of tender to realise ERTMS dual onboard, on approximately 4,000km compliance to the Recovery Plan targets. The synergic trackside onboard plan and technological renewal were previously shared with the railway undertakings, to consider and harmonise the needs of stakeholders, with our national and European objectives.

Therefore, in the early years this plan starts mainly from the regional off-TEN lines, where there are smaller fleets to be updated with ERTMS.

To retrofit vehicles from Class B system to ERTMS with Class B system is an essential step of the dual onboard strategy, it is necessary to decommission Class B. In our model, the type or prototype of vehicles is developed by RFI and serial vehicles of the fleet by the railway operators, with a co‑financial help by a member state to grant 50 per cent of the total cost. The convenience of single management of prototype updates is to reuse the same authorisation work for different railway undertakings. Moreover, in Italy there is a technological credit because we have a Class B system realised 20 years ago that reuses the ERTMS component, which will be reused with the retrofit. A key financial requirement to reduce the risk of slowing down ERTMS implementation is incentivised deployment and increasing onboard cofunding rates up to 100 per cent, mainly in the case of large-scale accelerated deployment plans.

Another key point to facilitate this process is to simplify and speed up the conformity check on series and vehicles to type.

This challenge is great and there are improvements if we want it to be successful. The most important concern is greater financing for implementation of the onboard, more collaboration between stakeholders to support the dual onboard strategy and simplifying the authorisation process for a series of vehicles. It has become necessary to have a synchronised and harmonised ERTMS deployment of tracksides and onboards.

Considering the technological developments, RFI finds different challenges to having a more modern and performing railway system, such as high density (HD) projects to increase the punctuality in the urban node’s traffic, geometric interlockings to optimise the station logistics. Also, the experience carried out up to this point has highlighted all the advantages associated with the use of ERTMS in terms of improvement of safety, capacity, efficiency, and reliability. To introduce the ERTMS Regional Level 3 in operation, the Automatic Train Operation (ATO), and the localisation of trains is improved using the satellite technology. Finally, the migration to Future Railway Mobile Communication System (FRMCS) is exploited, in close cooperation with the different stakeholders from the rail sector, as the successor of GSM-R, but also as a key enabler for rail transport digitalisation.

Fabio Senesi graduated in Electronic Engineering in 1991 and obtained a PhD in Applied Electromagnetism from Rome University ‘La Sapienza’. In 1994, he started work at Ferrovie dello Stato (FS) covering many roles in technical management to develop and deploy innovative signalling and telecommunication systems. In 2002, he was responsible for developing and deploying a new Automatic Train Control System on the new Italian high-speed network (ETCS Level 2) and on all RFI’s conventional lines (Class B system SCMT and SSC). In 2007, Fabio obtained an MBA from the UIC at HEC School of Management. Between 2010-2011, Fabio was responsible for the inspection and audit sector of the new Italian National Safety Agency (ANSF). Since 2012, he has been Head of Train Control and Command Systems and TLC within RFI and is also responsible for ERTMS new applications (highspeed, commuter lines, TEN-T corridors, use of satellite). Between 2012- 2014, he was President of the GEIEE ERTMS User Group. In 2014, he was nominated Team Leader for RFI in IP2 section (signalling and TLC) of the Shift2Rail research programme.

Gaspare Antona graduated in Electronic Engineering in 2021 from Polytechnic of Turin, Italy with the thesis, ‘Laser frequency characterisation for new generation atomic clocks’, developed in the Time and Frequency group of Istituto Nazionale di Ricerca Metrologica (INRIM), Turin, Italy. From November 2021, he started to work at Rete Ferroviaria Italiana (RFI) in the Technical Department of National ERTMS Plan for the group of programming and monitoring ERTMS Deployment Plan on RFI network. He also joined as speaker the 2022 Conference of European Frequency and Time Forum & The IEEE International Frequency Control Symposium.

Chiara Iommazzo graduated in Telecommunications Engineering in 2003 from Università Federico II di Napoli, and obtained an II level University Master in ‘Processing systems in industrial applications critical for time, reliability and safety’. From October 2003, she started work at Rete Ferroviaria Italiana (RFI) in the Technical Department and participated in international working groups representing RFI as a member of the technical interoperability subgroups of Corridors A, B and D. She supported Cost Benefit Analysis that accompanied the ERTMS National Plan and for preparation of ERTMS CEF financing call for tender on the interoperable corridors. She has been responsible for the programming and monitoring of the ERTMS Deployment Plan on the RFI network since 2018.