Via Atlantica: a link for seven countries

On 1 July 2015 the founding conference of Via Atlantica took place – a project which aims to form a true backbone of East-West links in Europe. The participants of the founding conference expressed their desire to be connected to the Mediterranean corridor in Lyons so that they can reach Italy and beyond courtesy of Lyons–Turin infrastructure. ALTRO is the association promoting it and for Global Railway Review, Michel Caniaux explains more. 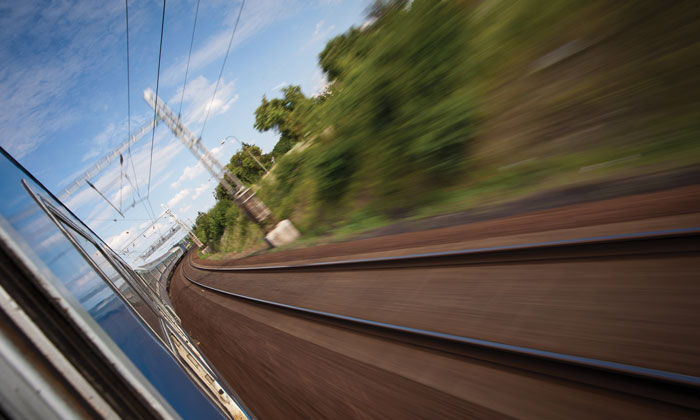 The Western Iberian Peninsula is one of the most remote places in Europe, as is the entire length of the Atlantic coast up to Brest. In the TEN-T programme they are served minimally by the north-south bound Atlantic Corridor project.

Via Atlantica is due to link Lisbon to Budapest

The Portuguese suspended building high-speed lines to concentrate on freight by upgrading the Aveiro -Fuentes de Onoro-(Salamanca) line, before Basque Y gets under way. Once the French border is reached, it gets more complicated as the Basques of the north are not enthusiastic about new infrastructures – and from Dax to Bordeaux, a new line is planned but not yet funded. The route between Bordeaux and Angoulème, however, forms part of the SEA Tours-Bordeaux project which will be operating next year.

A new line will be built from Angoulème to Lyon sharing infrastructure with the doubling of Paris–Lyon (POCL project) to the East, which will then connect to the Lyons–Turin line. In Limoges, a branch from Brittany, Nantes joins the main Limoges–Lyons trunk line. High-speed lines from Turin to Milano and Treviglio and Padova-Venezia are operating. The Treviglio–Brescia line is due to open next December.

Thanks to Via Atlantica, Lyons–Turin is no longer a dead-end in an incomplete east-west European corridor.

The Venice–Ljubljana link has been interrupted for many years and it seems there is still a large divide between the ‘two Europes’. There is a significant gap between the marginal use of railways and intensive use. A new line would provide a route from Venice to Ljubljana in less than 1h30. To journey from Ljubljana to Zagreb and Budapest, there is no way that rail could be a viable alternative to road. Upgrades are planned, but not the high-speed lines that are necessary to successfully shift to rail. This seems unusual given that Morocco will have high-speed lines by 2019, yet East European countries appear to have been omitted in the frame of a European network.

More reasonably, however, ALTRO plans to concentrate on the Bilbao/Victoria–Torino route in its first stage, to form the core of the project. Once complete it should take less than six hours to join the Guggenheim city to the Fiat city.

Via Atlantica is one of the tools of European integration, enabling people to get closer so that they can develop new collaborations.

The French government is dragging its feet citing a lack of funds, but it will have to move forward nonetheless if it doesn’t want France to appear as a hindrance to the free movement of people and goods.

Via Atlantica offers the possibility for continual journeys acro ss Europe by rail. It will enable citizens to travel 1,200 to 1,400km in six or seven hour journeys that are not served by direct air connections, thus constituting a structured physical link between countries that are too far apart, by today’s standards, to develop close cooperation. For example, in addition to the current long-distance journeys offered by our rail operators – including SNCF which operates trips between Paris and Milan (7h20), Paris and Barc elona (6h20), Paris to Tarbes (6h20) and Brussels to Nice (8h31); as well as Deutsche Bahn with journeys between Berlin and Munich (7h) and Trenitalia with trips between Turin and Salerne (6h30) – travellers will soon have access to ro utes such as Coimbra–Bordeaux, Bilbao–Turin, Limoges–Venice, Milan–Zagreb and Venice–Budapest.

The following two developing areas are emerging: Basque country–Bretagne–Lyons and Ljubljana–Zagreb–Budapest. These three capitals grouping three million inhabitants need to be linked in order to boost growth. Ljubljana-Budapest through Zagreb (2h25) once completed will be shorter than using the upgraded Ljubljana Budapest through line (4h10).

ALTRO aims to unite cities, regions and economic actors in order to create an East-West version of Ferrmed, for both passengers and freight.

Today, the territories concerned by the Via Atlantica comprise more than 100 million Europeans in seven different countries. To develop synergies and cooperative relationships, Via Atlantica proposes to dissolve the barriers that are currently interspersed along this route. This axis boasts major economic opportunities, linked in with the existing conventional networks.

For freight, the continuity of the Vi a Atlantica along its 3,425km length guarantees the reliable circulation of freight along this axis. This implies the necessity to complement the corridors of the TEN-T, making them more consistent, especially with the connection of the Mediterranean corridor to the Atlantic corridor, in order to increase possibilities for developing the hinterland of the Atlantic and Mediterranean ports concerned. Among them, La Rochelle is the only port on the Atlantic coast to offer the necessary deep water to enable easy access.

A new way of thinking required

We need to adopt a new way of thinking. If we abandon existing ideas about traffic data that derives fromthe context of the juxtaposition of countries, and adopt, instead, a concept that is based on the desire to restructure the Euro pean continent, we can actively develop new relationships of cooperation along this new axis, as redefined by its continuity. One of the first actions of the Vi a Atlantica community of interests will be to launch a study on the opportunities and prospects offered by this new axis. All communities, economic actors and citizens have their place in this Community of Interest aimed at producing a balanced plan of the European territory and new solidarities.

In the future, the main task for ALTRO will be to gather all the actors involved on the axis to a discourse to be ready for the corridors revision in 2023. 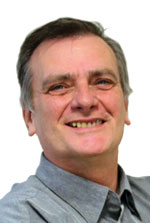 Michel Caniaux joined SNCF in 1980 in charge of management tasks, then joined the Freight Division where he spent five years in Rome managing international traffic. In parallel with his SNCF role he founded ALTRO in 1997 to offer a new vision for railways of the future. He is author of four books developing his ideas about railways forming the backbone of spatial planning, with one particular book about Via Atlantica. Michel has been fully dedicated to Via Atlantica since 2008.