Libor Lochman, Executive Director at Community of European Railway and Infrastructure Companies (CER) discusses how the result of current policy negotiations will affect the rail industry.

FOR THE future of the European rail sector, 2018 will be a key year. Major landscape-changing legislative dossiers are being scheduled for negotiation by the EU institutions and the outcome of those negotiations will deeply affect the future of European mobility.

The Multiannual Financial Framework (MFF) for 2021 – 2027 and the revision of the Eurovignette are two opportunities for the EU to continue working towards better, more sustainable European mobility, committing enough resources on projects for European added value and creating equal, fair policies across the different modes of transport.

The MFF, due to be published by the European Commission in May 2018, is expected to translate the political priorities that the EU institutions will agree upon into budgetary commitments. The future of all European investment policies fundamentally depends on the outcome of such negotiations, but this time – due to the negative budgetary effects of Brexit and to new spending priorities such as migration and security – there is likely to be less money with more fronts to be covered.

Equally, the possibility of acquiring private money for projects of European value has been revealed as limited. The ability of European Funds for Strategic Investments (EFSI) to attract private investors to big projects is still under scrutiny and when it comes to rail, there is no case where EFSI has been successfully used for infrastructure projects.

However, it remains undisputedly valid that rail is by far the most sustainable mode of collective transport and throughout the years the industry has demonstrated its ability to make optimum use of resources available: More than €15 billion was invested in rail projects between 2014 and 2016, addressing no less than 170 bottlenecks. Furthermore for every CEF call during these years, the number of rail projects designated as eligible has been much higher than the amount which could be funded, showing that there is considerable appetite for investment opportunities.

On the other front, the EU legislators are right now discussing the revision of the Eurovignette Directive – a huge chance to reflect upon the issue of fair charging for access to transport infrastructure and the ways in which this fundamental cost driver is addressed in different modes of transport.

All trains are charged compulsorily for every kilometre they travel whereas approximately only half of the European motorway network is tolled; about one per cent of the entire road network. On top of this, the road’s external costs have to be internalised accordingly in order to reduce the negative impact of road transport on society. Charges applied to transport modes play a significant role in forming the overall cost of transport services and therefore it is of paramount importance to redress the differing of treatments if we want to see rail (rail freight especially) acting as a pillar of sustainable mobility.

The European Parliament seems keen to respond positively to the need to establish a fairer intermodal regulatory framework whereas the Council looks much less supportive. A hard debate on this dossier is therefore expected for the end of this legislature.

If the EU still believes in the call of the 2011 White Paper on Transport for full transport decarbonisation, then the entire European rail sector hopes that the EU institutions will uphold its ambitions and reach positive agreements on both the MFF and the Eurovignette. CER and its members are ready to support whoever takes up this decisive challenge. 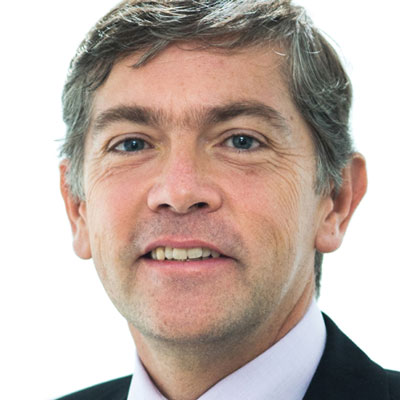