Following years of debate and approval processes, 2017 is the year High Speed 2 (HS2) properly gets underway in the UK. Here, Iain Anderson, Director of High Speed Rail Industry Leaders, explains how this significant large-scale infrastructure project will not only bring increased capacity on the UK rail network, but will also be crucial in transforming the UK’s economy. 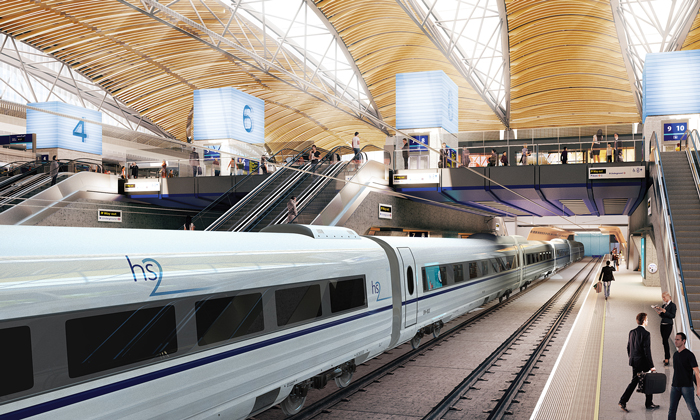 Recently we have seen significant political milestones which included the Bill for Phase 2A of HS2 in the 2017 Queens Speech in June. That followed the general election when 627 of the 650 MPs elected stood on a manifesto explicitly committing to deliver the project that will transform the British economy. There is now an unprecedented political consensus behind the project, encompassing all major UK-wide political parties.

At the same time, work is accelerating at HS2 Ltd itself. Large numbers of contracts are presently being let, and further major contracts to deliver the civil engineering works are due to be announced over the summer, creating thousands of jobs. The process for specifying and procuring the all-important rolling stock is also underway.

At the same time, enabling works have now commenced on the line of route. Ground works and archaeological investigations are underway, and vegetation clearance has begun to allow main works to start soon. The Curzon Street site in Birmingham shows the very early signs of where Britain’s next great railway station will arise.

Meanwhile, all of the contractors – big and small – that will deliver the project are busy bidding for contracts, mobilising teams and upskilling their workforce. Behind the scenes, thousands of people are already working on HS2, getting ready for the day they ‘get their hands dirty’ and deliver.

In short, there is no longer a debate about whether HS2 should happen. It is happening, and the only remaining question is how to make the most of it.

The government’s investment in HS2 is the most significant large-scale infrastructure project in the UK for decades, and will be the largest infrastructure project in Europe. The high-speed rail link will bring increased capacity to the rail network, easing both passenger congestion on our trains and crucially supporting the increase of freight services transferring goods across the UK, by opening up more availability on our tracks.

However, with that investment comes a big responsibility for the industry, and it is one we take extremely seriously. We have a responsibility to deliver this project for Britain, and we must deliver it efficiently, on-time and on-budget. The efforts being made by the entire supply chain are impressive. We are ready, willing and able to deliver; and we are now getting underway.

We also need to take advantage of HS2 for the benefit of the industry and the economy as a whole. Both the industry and government need to work together to ensure the UK makes the most of the vast opportunities HS2 will create; using it to turn high-speed rail into a gold standard export product for the UK – selling our expertise to build and develop high-speed lines around the world.

With membership and experience across the rail and engineering sectors, High Speed Rail Industry Leaders (HSRIL) is ideally placed to help coordinate efforts to develop the export potential for the benefit of the UK.

The investment that HS2 delivers also offers the opportunity to create a high value growth sector in the global growth of high-speed rail – and we believe companies based in the UK are already well placed to support this. As we leave the European Union, having such expertise at our disposal will be vital to help achieve the aims of a ‘global’ Britain.

On a similar theme, the government is working hard to develop the UK Industrial Strategy, and HS2 forms a central part of it. It is essential in order to meet the objective of rebalancing the economy, both geographically and sectorally. Furthermore, it will leave a terrific legacy in terms of skills development; creating a generation of young engineers who will contribute to UK PLC for decades to come.

However, that should not be the only contribution rail makes to the Industrial Strategy. The industry is also working with government on a Rail Sector Deal which will form part of that wider Industrial Strategy. The deal is an important opportunity to achieve industry-wide focus on key areas of future development and investment, and secure government support for those priorities. I urge all within the industry to engage in the sector deal process and recognise the opportunity it affords.

It is a remarkable project, and best of all it is underway now. The industry is delivering, and must continue to do so.

Representing companies with experience and a passion in rail, High Speed Rail Industry Leaders (HSRIL) is a coalition of industry experts committed to supporting the successful delivery of a world class high-speed rail network in Britain. The group’s purpose is to coordinate and share the expertise and experience across the industry – with the aim of ensuring that Britain’s national high-speed rail network is delivered efficiently and successfully to high quality standards. Members are hugely experienced in what they do and have helped deliver major infrastructure projects in the UK and around the world, ranging from creating entirely new high-speed networks through to maintaining and improving the UK’s existing rail network. HSRIL aims to use this experience and expertise to ensure the extension of the high-speed rail network leaves a lasting legacy for growth, jobs and skills that will be the envy of the world.

Iain Anderson is a member of the Institution of Civil Engineers and the Permanent Way Institute. His career has seen him undertaking operational, technical and commercial roles across the transport, power, and water sectors of the UK and more latterly the development of high-speed and metro schemes in South East Asia. Most recently Iain was heavily involved in the establishment of the Midland Metro Alliance where he was Interim Alliance Director. He is passionate about the need for an integrated transport solution for the UK and that when delivered correctly, infrastructure schemes have the potential to deliver a real economic and social legacy. Iain obtained an Honours Degree in Civil Engineering in 1989 which he complemented with an MBA in 2007. In addition to his role as Executive Development Director for Colas Rail Ltd, Iain also holds current industry level Directorships on the Boards of both the High Speed Rail Industry Leaders Group and UK Tram. 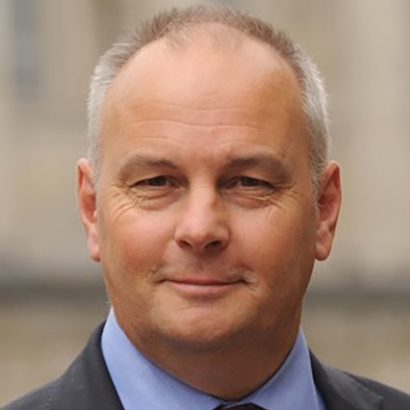