In order to achieve a sustainable and competitive European railway network, three conditions must be fulfilled: removal of the bottlenecks on the infrastructure; harmonisation of operational and authorisation rules throughout Europe; and implementation of ERTMS. In order to accelerate this latter objective, Karel Vinck was appointed by the European Commission as ERTMS Coordinator in 2005. In this article for European Railway Review he shares the progress of ERTMS implementation; the bottlenecks and hurdles encountered, as well as the subsequent reassessment and more realistic aims set for the future. 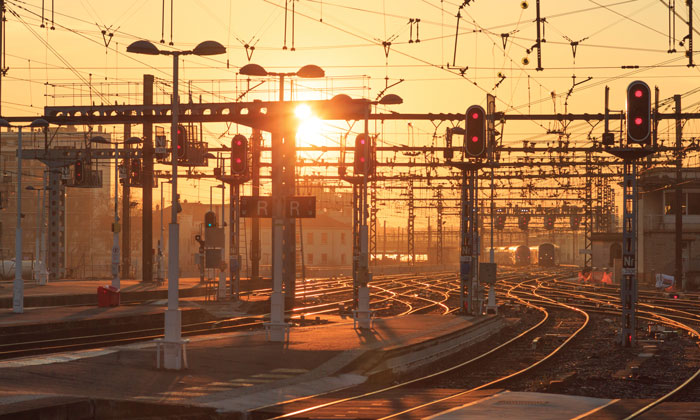 Since adopting the role of European Coordinator for ERTMS I have observed significant results toward the attainment of our target. The technology has become mature and stable owing to the accurate work of the European Union Agency for Railways and the sector as a whole. Political support has also been reached in every Member State as well as by the sector: ERTMS has become the interoperable signalling system in Europe.

Why has ERTMS deployment not then progressed, given that it has been planned and expected by all stakeholders?

The most frequently used arguments are that the financial means have not been sufficient (in particular, due to the financial crisis); the price of ERTMS products is not always adequately related to their added value (particularly for on-board equipment); the lack of ERTMS expertise has been hampering the implementation; and the maintenance of specifications is being delayed etc. Furthermore, some European Member States have invested in maintaining and updating their national systems on a regular basis and use the argument that the existing signalling system has not yet reached the end of its lifecycle. But in all honesty, in 2008 we did not have the same amount of knowledge regarding ERTMS as we do now. Consequently the dates defined in the old ERTMS European Deployment Plan (EDP) of 2009 were based on limited experience and therefore too optimistic.

Towards the reviewed EDP

In 2013 we noticed significant delays in the implementation of the old EDP and it was clear that the deadlines of 2015 could not be reached by many of the Member States, for the aforementioned reasons. The need for a reviewed EDP that took account of the experiences gained over the previous eight-nine years became increasingly urgent. In the context of a Breakthrough Programme for ERTMS1 I proposed the review of the EDP of 2009, and the Commission – together with the European Parliament and Member States – approved this programme in 2015. In this year began the review procedure that implied a close and direct consultation between the Member States and infrastructure managers.

Two-step approach: how and what to implement between now and 2030?

Since the reviewed EDP is an implementing regulation of the Commission based on the TEN-T Regulation2, the 2030 deadline of ERTMS deployment on Core Network Corridors – laid down in the reference legislation – applies directly. My proposal to the Commission at the beginning of the negotiations was to divide these 16 years in two periods and define the sections to be implemented at short-term (between 2016 and 2023) first, with the implementation of the remaining corridor sections at a later stage. This was for two reasons: firstly, it is difficult to foresee in 2015 the best way to implement projects and anticipate how to secure the necessary financial means for them given that they are long-term priorities. Secondly, my experience with the railway sector has led me to introduce the following approach: if railway companies have 16 years to carry out a project, nothing usually happens in the first 10 years, and in the last six years they try to close the gap and do the work of 16 years – which is impossible. This proposal was well received by the Commission and the Member States and enabled focus to be given to discussions on European priorities: completion of cross-border sections and Corridors with significant traffic flow.

Reviewed EDP: commitments till 2023 and review by 2023 The objective of the Breakthrough Programme was to have a realistic EDP with the definite deadline of 2030. At the same it is very difficult for Member States to accept a commitment for a precise implementation date that lies beyond 2023 – the most predictable date – from a financial, planning and implementation point-of-view. During the negotiations with Member States it became clear early on
that, beyond 2023, hardly any Member State is able to give a precise deployment date.

The question of what should be introduced for corridor sections that won’t be equipped by 2023, was raised at that time. Should it be 2030 – the definite deadline of the TEN-T Guidelines – or would it be better to simply say ‘beyond 2023’? Following internal discussion (and with some Member States) it became clear that 2030 would be the wrong message to send the users, since many of them would be completed beforehand. Beyond 2023 implies that those sections will be part of the review procedures to be carried out in 2021/2022.

After adoption of the EDP – sit back and relax? Not at all

This is a critical time for rail. We all agree that interoperability – and in particular ERTMS, which represents the most crucial tool to achieve it – is our major objective. At the same time it is perhaps our last chance to make rail competitive and sustainable, and contribute to growth in Europe. It may also be the last chance for the European supplier industry to maintain its leadership at technological level and limit the competition of non-European suppliers.

As far as ERTMS is concerned we have the instruments needed to reach this objective: ETCS specifications are stable; political support is ensured; and the Fourth Railway Package gives the necessary responsibility to the European Union Agency for Railways to authorise vehicles and pre-approve ERTMS trackside projects. Commitments on deployment have been introduced in the recently adopted EDP and we have a positive business case for ERTMS on the Core Network Corridors that provides a basis for using innovative financing instruments.

The only possible way to make rail successful is to accelerate a compatible and interoperable ERTMS implementation in Europe. In order to reach it, a strong
commitment is required from all participants. The European industry recently committed itself on industrial capacity; increased product quality; improved delivery time; and significant reductions of cost. Infrastructure managers, national safety authorities and railway undertakings will have to take the commitment on eliminating additional national requirements on top of ERTMS that hamper compatibility.

If we each take responsibility and meet our commitment, we will manage to head off the competition from outside Europe, at the same time ensuring rail becomes what it needs to be: a safe, reliable, interoperable and competitive transport mode. There is no time to waste: the time is now, not tomorrow.

Karel Vinck was appointed European Coordinator for ERTMS in 2005 and has significantly contributed to the development and establishment of the Rail Freight and Core Network Corridors’ governance. Previous to his current position at the European Commission, Karel’s varied career has seen him appointed as Chairman of the Community of European Railway and Infrastructure Companies (CER) and Chief Executive Officer of Belgian Railways (SNCB).