Norway’s ERTMS plans are to move away from traditional signalling

An ERTMS-wind is blowing across Norway. After years of preparation the first test track is now equipped with an ERTMS Level 2 system. By 2030, more than 4,000km of railway in Norway will be fully upgraded. 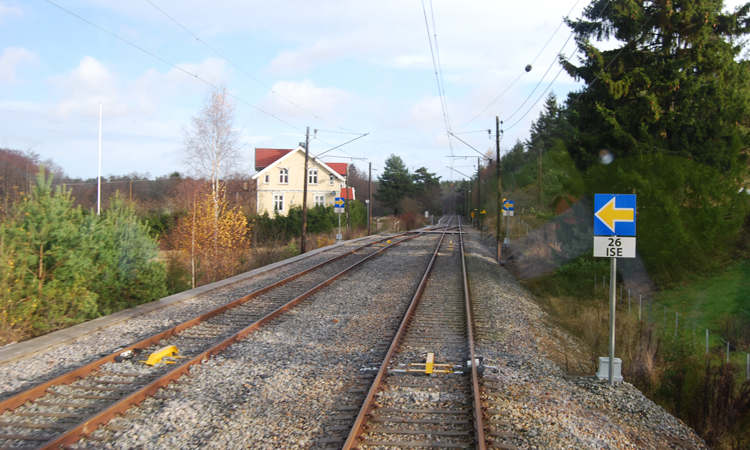 The current Norwegian railway network is equipped with traditional signalling – i.e. colour light signalling systems and train detection systems based on track circuits. The signalling infrastructure has been constructed in a piecemeal fashion over the last 50 years or so, and has received inadequate investment for renewal.

A big challenge for Norway’s railway is dealing with old signalling systems that are now ready for the museum. Spare parts for these ageing systems dating from the 1950s and 1960s can no longer be found. This is the reason why the Norwegian modernisation process is focusing first and foremost on the tracks where equipment is the oldest and most vulnerable. According to a study, the need for renewal in the northern parts of the country is needed the most. Ofotbanen, which is the railway line from the city of Narvik to the Swedish border, and Nordlandsbanen, the line from Trondheim to the city of Bodø, will be worked on first. Upgrading will start in 2018 and will be finished by 2020. The entire ERTMS upgrading process in Norway will have a price tag of between 15 and 20 billion NOK.

In the meantime we will build conventional systems on tracks that are already being upgraded. That means, to a certain degree, we will be able to use parts of the security system when the track is being transformed into ERTMS standard at a later date. The Implementation Plan has concluded that ERTMS Level 2 is the most suitable solution for Norway based on safety, performance and life-cycle costing.

Today the tracks are being used by between 1,300 and 1,400 trains every 24 hours, with 150,000 passengers and 33,000 tonnes of goods being transported per day. Systems for securing safe passage of trains are an important factor for the safety of passengers and goods along the railway network.

Security systems in Norway consist of 80% relay technology and Jernbaneverket sees the need to be able to renew signalling systems on critical parts of the tracks. For the Follobanen line which runs from Oslo to the community of Ski (30km east of the capital), new but conventional signalling systems must be built. In total, seven or eight such systems are planned to be built as a temporary solution before ERTMS is completed across the country.

It is through Norway’s commitment with the European Economic Area (EEA) and its agreements that the ERTMS system is being adopted in national regulations. However, the driving force for implementing ERTMS in Norway is the need for renewal of signalling systems more than the need for interoperability.

Norway is no longer so far behind

Norway is sometimes accused of lagging behind other European countries. The truth is, however, that history has shown it is lucrative for Norway to take it easy because even though ERTMS has been implemented in large parts of Europe, there is still a jungle of systems out there. Now that one solution is being made standard, it makes our planning easier and we can learn from other countries.

The first ERTMS track in Norway was opened just before Christmas 2013 on the Østfoldbanen Eastern line in the county of Østfold, bordering Sweden. Both the building and the test phase will be important in the project phase which will follow. The tests have been very successful and a full-scale test will be run through January 2013. So far the response from train drivers, as well as suppliers, has been very positive.

The Eastern line in Østfold has been chosen because there are no commercial trains currently running in that area, so the system can be tested without disturbing other traffic. During the winter we will carry out even more testing and we will add imaginable incidents and discrepancies to stress the system and thus harvest valuable experience.

The project aims at inviting offers from suppliers by the end of 2014 with the view of signing contracts in 2015. We are now working at full-speed to create specifications and make plans. An international team that was established during the autumn of 2013 now consists of more than 50 people, and is still growing. The project is known internationally and contributes to the recruitment of several European experts. But we will need even more as time goes by. One of our main challenges will be to possess the best competence at all times.

We are well aware that the establishment of ERTMS will forever change the way we have been used to work, and we know that the result of the job we are doing will forever change the daily chore for passengers and the transport of goods. At the same time it will be a challenge to carry out the education of personnel in new on-board systems and to order the re-building of trains. We also know that the processes of type approval, certification and authorisation that will have to be carried out will have to be done within the time limits defined by the project. For the time being we are working hard to complete specifications, certifications and authorisations, new traffic rules and to put in place a new organisation for governance, operations and supply. We think the contract is large enough to gain constructive dialogue within the market.

An important premise for the ERTMS Implementation Plan and its migration strategy is that currently planned or on-going infrastructure projects will be carried out according to existing plans. These projects will therefore install conventional signalling systems (Class B system in Norway is Ebicab 700), and that will place them on the rear part of the ERTMS-migration schedule.

The migration then could have two possible strategies for implementing ERTMS: either trains or railway infrastructure can be double-equipped with both ERTMS and the national Class B system at the same time.

Jernbaneverket has concluded that the rolling stock having both signalling systems installed (ERTMS and a Specific Transmission Module – STM) will be the most suitable and efficient solution before the full implementation of ERTMS.

Equipping the existing rolling stock (approximately 600 vehicles of 83 types) has then to be coordinated with this implementation plan. The Norwegian railway network is already equipped with GSM-R, and the Implementation Plan assumes that it will be used in the future together with the ERTMS system.

Eivind Skorstad is a telecommunications engineer and has a Master of Management degree from the BI Norwegian Business School. He has almost 20 years of experience in the Norwegian railway marketplace working in the fields of GSM-R and telecommunication. 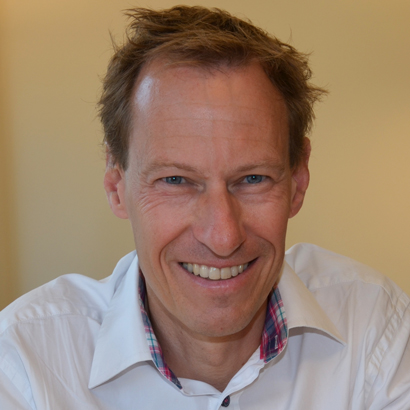