What is driving demand in the high-speed rail market?

A recent study has identified that the global high-speed rail market, in terms of volume, is projected to grow at a CAGR of 5.54% from 2018 to 2025, with the Asia-Pacific region leading this growth. But what are the factors driving this growth? 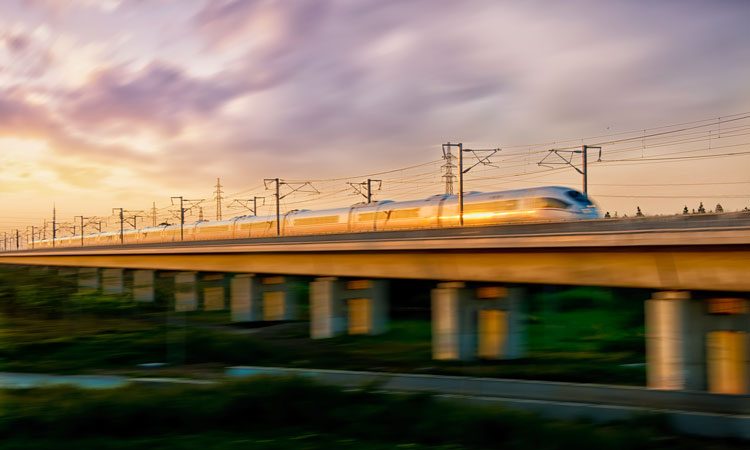 Railway lines operating at speeds of 200km/h or more are categorised as high-speed lines, providing countries with fast and effective connections to major cities and growing opportunities for regional areas.

The world’s first high-speed railway line, the Tokaido Shinkansen, was introduced in 1964 by Japanese National Railways and ran from Tokyo to Shin-Osaka. Nowadays, several European and Asian countries operate successful high-speed rail lines, and many other countries such as Canada, India, Brazil, and Saudi Arabia have high-speed networks in development. However, several high-speed train projects in these countries have come to rest due to high capital investment and exorbitant operational costs. For instance, high-speed projects in Portugal and Mexico have been cancelled in the past due to non-financial viability.

Atul Kumar, Assistant Manager for Automotive & Transportation Research at MarketsandMarkets™, shares: “Countries such as Japan, China, Germany, France, and Spain have successfully launched high-speed rail networks that have revolutionised transportation in their regions. For instance, the high-speed rail line between the Chinese cities of Xi’an and Chongqing has reduced the journey time from 9.5 hours to 5.5 hours. Also, the high-speed train has proved to be an energy efficient and environment-friendly mode of mass rapid transport. According to the International Union of Railways (UIC), the high-speed train network in countries like France and China has carbon footprints 14 times and 15 times less than car travel and aviation.”

The increasing demand for mass rapid transit to reduce traffic congestion and journey times is likely to drive the growth of high-speed rail market globally. The long high-speed train network in China and Japan and increased adoption of high-speed lines in South Korea and Turkey have placed the Asia-Pacific region as market leader.

The railway industry is concerned about rising carbon emissions. Governments, as well as the general public, have increased the demand for convenient, eco-friendly, and safe modes of transportation. Various hybrid train manufacturers have increased their geographical presence and made considerable investments in high-speed rail networks. For instance, in January 2018, Spain’s high-speed line that connects Madrid and Castellón received Alstom’s very-high-speed train, S-100. With its versatility and interoperability features, the train is expected to run on the French railway network in addition to all Spanish high-speed corridors. The major characteristics of the S-100 train include comfort, punctuality, and high standards of safety.