Libor Lochman (Executive Director) and Enno Wiebe (Technical Director) of the Community of European Railway and Infrastructure Companies (CER) write that further concentration and common understanding is required to agree on a single and comprehensive model for a rail safety culture in Europe, but explain that to achieve this will be difficult, yet necessary, to contribute to a Single European Railway Area. 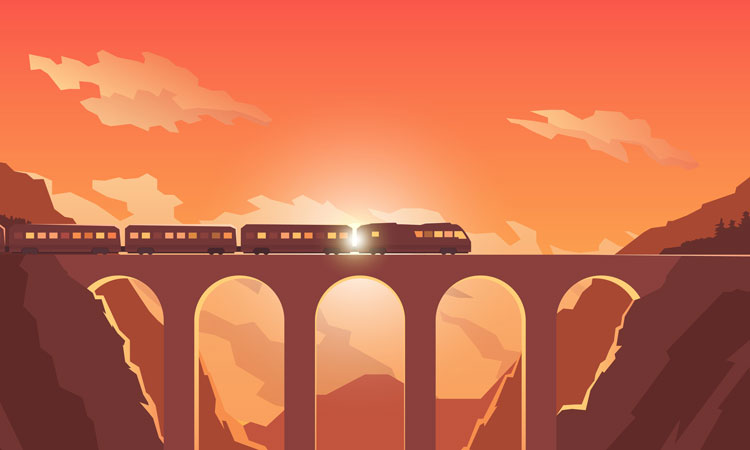 At the end of the 1980s, political pressure emerged to revive rail and create a harmonised and connected European railway system that would fully allow free movement of passenger and freight trains across national borders. The very first ‘Railway Directive’ (91/440/EC) from 1991 opened access to railway networks to companies other than those that own the railway infrastructure. Then, from 2001, four successive railway packages were gradually put in place, opening the market for all types of rail services and imposing European interoperability and safety in order to push integration further.

At the end of the 1980s, political pressure emerged to revive rail and create a harmonised and connected European railway system that would fully allow free movement of passenger and freight trains across national borders. The very first ‘Railway Directive’ (91/440/EC) from 1991 opened access to railway networks to companies other than those that own the railway infrastructure. Then, from 2001, four successive railway packages were gradually put in place, opening the market for all types of rail services and imposing European interoperability and safety in order to push integration further.

Over the last two decades, huge efforts were made to come closer to the target: the creation of a Single European Railway Area (SERA). As a result, we have recently seen the removal of technical, administrative and regulatory barriers, full market opening, effective enforcement of EU legislation, a more effective separation between infrastructure management and rail service provision, as well as the setting up of a strong EU Agency for Railways as a ‘system authority’.

The Fourth Railway Package’s technical pillar brought substantial reforms, such as a new harmonised approach to safety certification and vehicle authorisation, harmonised implementation of ERTMS, and a reduction in the number of national rules. In the domain of railway safety, the European Union Agency for Railways (ERA) now issues the single safety certificate, whilst the supervision role is maintained by the national safety authorities. Moreover, the new railway safety directive succeeded in clarifying the role and responsibilities of the railway actors. The completion of SERA is therefore on track. As a last step, full technical interoperability is needed and a new approach to safety – a new ‘safety culture’ – is inevitable.

A safety culture is the collection of values adopted by companies and their employees in relation to risks – it is a part of organisational culture. Safety culture refers to the interaction between the requirements of the Safety Management System (SMS), how people make sense of them based on their company policy, their attitudes, values and beliefs, and what they actually do, as seen in decisions and behaviours. A sound safety culture includes a commitment to safety, realistic practices for handling hazards, continuous organisational learning, and care and concern for risks shared across the workforce. In Europe, Member States and the involved actors have developed different safety cultures, either with a rule-based or a risk-based approach. In order to contribute to SERA, the European institutions – comprising of, in particular, the European Commission (EC) and ERA, the National Safety Authorities (NSAs), together with the huge variety of sector actors – now have the task of shaping a common safety culture whilst sustaining railways as the safest mode of land transport. In a multi-modal comparison, rail indeed appears as the safest mode of land transport in the EU, with the fatality risk for a train passenger being one third lower than for a bus/coach passenger.

Many actors have already committed to this safety declaration by signing it, and future revisions will most probably further pave the way to a joint European railway safety culture model.

To ensure that safety performance does not decrease in any of the Member States, Common Safety Targets (CSTs) are defined. Assessing the achievement of CSTs is facilitated by the collection and use of Common Safety Indicators (CSIs). This common set of rail safety data consists of information gathered from railway undertakings and infrastructure managers based on common definitions and calculation methods, and includes significant accidents, fatalities and serious injuries, suicides, as well as incidents (e.g. signals passed at danger, broken rails, broken wheels, level crossings), among others.Accomplishing common safety targets in Europe.

In its 2019 report, ‘Assessment of Achievement of Safety Targets’, ERA concluded that as a result of the application of the CST methodology “railway safety in the EU remains acceptable” (below the relevant EU reference value) for all categories of users. ERA nevertheless expressed concern that raw data from the latest common safety indicators reported (2017) reveals an increase in the number of fatalities and significant accidents, especially caused by level crossing users and trespassers.

This will go hand in hand with ‘Common Occurrence Reporting’. Already, a few years ago, ERA launched a project on common occurrence reporting with the aim to develop a common scheme for reporting and sharing of rail safety occurrences in Europe. The system will enable railway actors to improve their risk management processes, contributing to better risk-based decision making at both operational and regulatory level.

In addition, ERA has also developed a Safety Alert IT tool (SAIT) for urgent reporting and sharing amongst stakeholders of unknown or poorly understood information about hazards and their consequences. This tool needs to be further fine-tuned as it is not yet mature enough for a full and efficient deployment.

The reporting, dissemination and exchange of reliable safety-related information is a major task for ERA, the National Safety Authorities, and the railway actors, and will be tackled in the framework of the CSM ASLP.

The common safety methods for assessing the safety level and safety performance of railway operators at national and Union level is one of the next major milestones on the path to achieving a common safety culture commonly understood and implemented by all actors (sector, industry, authorities) within their respective responsibilities. Nevertheless, further concentration and common understanding will be needed to finally agree on a single and comprehensive model for safety culture in Europe. This process will not be easy, but is necessary to contribute to a real Single European Railway Area.

Libor Lochman has been Executive Director of CER since 1 January 2012. Libor graduated from the Transport University in Zilina and has a doctorate in electronics from the West-Bohemian University, Plzen. He has an extensive background in control-command and signalling systems, and was previously the Director of the Railway Test Centre – a facility for testing European rolling stock, infrastructure and signalling components in Prague. Libor joined the Advisory Board of Global Railway Review in January 2013 (then known as European Railway Review).

Enno Wiebe is the Technical Director of CER and joined the association in 2012. Enno studied civil engineering at the Hochschule für Technik und Wirtschaft in Dresden and the University of Cape Town, and graduated in 1999. He started his professional career in the engineering department of Deutsche Bahn in Cologne, and continued from 2007 onwards as Programme Manager for railway research projects at the International Union of Railways (UIC) in Paris. When Enno started at the CER, he was focused on the Fourth Railway Package’s Technical Pillar, including all various interoperability and safety aspects.

One response to “Establishing a new safety culture for European railways”