The battle to increase safety has not yet been won

Accidents at level crossings are a global issue. Here, Isabelle Fonverne, Senior Advisor for Safety and Interoperability at the UIC, highlights that collisions between trains and heavy road vehicles result in a great number of fatalities and severe injuries. Isabelle underlines that the railway industry and other sectors must work more closely together to reduce these statistics. 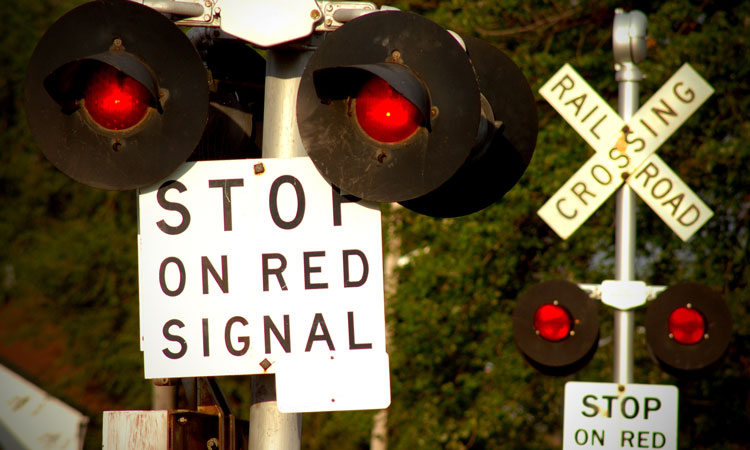 ALL COLLISIONS at level crossings between trains and road vehicles should be prevented. Collisions with heavy and long vehicles, particularly those transporting dangerous goods or many passengers, represent the highest risks for the railways.

Collisions can cause a huge amount of damage to railway infrastructure and rolling stock. Furthermore, collisions can result in derailed trains creating a high risk of passengers or railway staff being hurt by debris.

Severe collisions with long and heavy vehicles result in a great number of fatalities and severe injuries. Such collisions occur too often around the world and show how it is not an isolated issue but a global one. It reminds us that the battle to increase safety has not yet been won, and that many efforts are still to be made.

Thirteen people were killed and 43 injured (10 of them severely burnt) when a passenger train ploughed into a fuel truck at a level crossing, sparking a huge explosion and fire1.

Seven people were killed in Jakarta including a train engineer and a technician after a commuter train burst into flames after crashing into a truck carrying gas2.

A school minibus driver overtook cars waiting at a level crossing and attempted to cross the railway line even though the safety barriers were down. Ten children died and four were seriously injured3. The minibus driver was convicted of 10 counts of culpable homicide and was released after eight years in prison. A CCTV camera has now been installed at that level crossing.

Forty-three people were killed in a collision between a train and a bus. The collision was the worst single road accident regarding the number of victims in Ukraine’s history4.

A school bus transporting 60 pre-school children was hit by a train near Cairo. Fifty children and the bus driver died.

Sixteen people were killed (migrants from Uzbekistan) when a train hit a bus on a crossing. The bus engine may have stalled after the driver ignored a red warning signal7.

Collisions with school buses are particularly sensitive because they involve children, and collisions with trucks are often sensationalised in the media. This is perhaps less the case with accidents that occur on roads every day. Causes The causes of collisions at level crossings can be very different, but it is recognised that human behaviour is often the main factor. The vast majority of level crossing collisions are caused by drivers not observing the highway code, whether deliberately or unintentionally. Drivers’ errors can result from tiredness, stress, consumption of pharmaceutical products or other substances or simply from speeding – but they can also be the result of inappropriately using electronic devices.

In Belgium, 38 collisions with professional vehicles are estimated to be 31 per cent of all collisions in the country.

Some truck and bus drivers end up going over a level crossing with a high vertical profile by mistake; simply because they were following a diversion due to road works, or their GPS delivered the wrong route information.

To better address risks at level crossings, soft or harder measures must be taken by the railway industry, the road sector and major authorities. To find the best solutions, there is the need to:

Each level crossing should be carefully risk-assessed, not only by the railways but together with the road infrastructure managers and the local authorities to make it more visible and easier to cross particularly for long, heavy and oversized vehicles.

All stakeholders should better cooperate to design the best level crossing environment, to divert the route for long vehicles to find the best and safest way, particularly when it comes to school buses.

Working together to deliver results

Sometimes some severe accidents serve as a catalyst for decision makers, the railway industry and other sectors to work more closely together. The best example of a joined-up approach is Operation Lifesaver, Inc.9 in the U.S., a non-profit organisation financed by the railway industry which was established in 1972 when the annual average number of collisions at U.S. level crossings had risen above 12,000. The organisation’s initial teams spoke to civic groups, school groups, school bus drivers and truck drivers. As a result, Idaho experienced a 43 per cent reduction in fatalities that first year.

Operation Lifesaver is represented in all states with volunteers who promote the organisation and concentrate their working programme on three Es: Engineering, Education and Enforcement.

Furthermore, to raise awareness of level crossing safety, the International Level Crossing Awareness Day10 was launched in 2009. The International Union of Railways (UIC), together with railway industry stakeholders, road authorities, academics and international institutions will celebrate the 11th edition of ILCAD on 6 June 2019.

ISABELLE FONVERNE joined the International Union of Railways (UIC) in 1992 and has worked in an international environment for activities including environment, high-speed, economics, technology and research and safety. From early 2010, Isabelle started working on level crossing safety, taking over the Secretariat of the European Level Crossing Forum (ELCF) and two UIC Safety Groups: SSMG (Systems Safety Management Group: ERA/CER/UIC) and IRSN (International Railway Safety Network). Isabelle is a Member of the UNECE Working Party 1 on Road Safety, this is how the UIC initiated active discussions with the UNECE to create a group of experts on level crossing safety hosted by UNECE in Geneva. Isabelle has been the UIC Coordinator of ILCAD (the International Level Crossing Awareness Day) which has been growing year after year.