Recent headlines and statistics suggest that many pedestrians and motorists do not understand the dangers of level crossings. Is the rail sector doing enough to help educate the public? With this year’s International Level Crossing Awareness Day (ILCAD) just around the corner, Global Railway Review takes a look at how the rail sector is deploying innovative technology and concentrating on several campaigns and educational programmes aimed at reducing the number of level crossing accidents and saving lives. 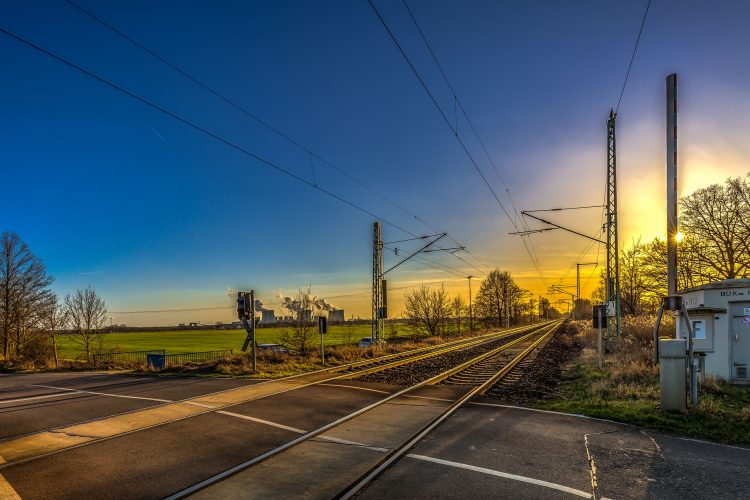 It should be common knowledge that level crossings are dangerous, yet so many people continue to cause accidents at these road/rail junctions, resulting in serious injury and, too often, fatalities.

According to Operational Lifesaver Inc. few people are aware of the worrying statistic that in America, a person or vehicle is hit by a train roughly every three hours. And it’s not only happening in the ‘States; in 2015, according to the European Union Agency for Railways, there were 469 collisions at level crossings in the EU, resulting in 288 fatalities and 239 serious injuries.

Although the precise nature of level crossing accidents differs, it is generally recognised that human behaviour is the main factor.

So why is the message still not clear? Many road and rail organisations around the world acknowledge that more needs to be done and they are sharing responsibility for addressing level crossing safety issues by organising informative events to raise public awareness and promote safe behaviour at and around level crossings.

With over 40 countries taking part, the 10th edition of ILCAD, spearheaded by the UIC, begins on 7 June 2018 and is hosted by HŽ Infrastructure in Croatia where, among the many safety messages being announced, the focus will be to educate young level crossing users, as they represent the category that displays the riskiest behaviour at road/rail junctions.

With support from the FIA (Fédération Internationale de l’Automobile) and their Président, Jean Todt, this year’s ILCAD conference programme brings together railway industry representatives, road authorities, academics and many other interested stakeholders from around the world to raise awareness of the dangers associated with level crossings.

Isabelle Fonverne, Projects Officer for Safety and Interoperability at the UIC, provides some startling statistics in her recent article for Global Railway Review:

Isabelle writes: “The railway and road sectors need to evaluate together the potential risks at each level crossing, such as poor profiles (bumps, curves), right or left turns just before or after a crossing, road and rail traffic density, potential traffic jams, visibility (bad weather conditions, railway signalling, road signs and signals) and changing environments (new buildings – shopping centres, industries, housing) and consider upgrading non-protected level crossings with protection measures (barriers, lights). There should be a high engagement of all stakeholders from the rail and road sectors to local authorities to work together to ensure more effective communications about safety at level crossings.”

You can read Isabelle’s article here.

The number of accidents at level crossings under the West Japan Railway Company has consistently fallen since the implementation of numerous safety measures. According to Ryutaro Uenishi, Senior Manager for International Affairs at West Japan Railway Company (JR-West), during 2016, only 14 cases were recorded – 90 per cent fewer than in 1987 when 144 accidents took place, in the year that JR-West was inaugurated after privatisation.

Ryutaro also explains in his recent article for Global Railway Review that a series of cost-effective methods of accident prevention have been installed to increase safety at level crossings, including effective warning lights and obstacle detection devices.

You can read Ryutaro’s article here.

Also taking part in ILCAD is OLI, a U.S.-based rail safety education group who promote public safety education and awareness in its mission to reduce collisions, fatalities and injuries at railway level crossings and prevent trespassing on or near railway tracks.

For Global Railway Review, Wende Corcoran, Interim President and CEO of OLI, recently wrote: “Today in the U.S., Operation Lifesaver [programmes] reaches millions of people through presentations customised for school groups, driver education classes, community audiences, professional drivers, law enforcement officers and emergency responders. The programmes are co-sponsored by federal, state and local government agencies, highway safety organisations and America’s railroads. OL promotes the three ‘E’s – education, enforcement and engineering – to keep people safe around the tracks and railway crossings within communities. OL’s efforts have contributed to an amazing success story, as crossing collisions have declined by more than 80 per cent over the last four decades. Those gains came from closing unnecessary crossings, improvements in crossing warning devices, increased enforcement of traffic laws and the educational efforts of OL and its safety partners.”

You can read Wende’s article here.

Croatia: Danijela Barić from the Faculty of Transport and Traffic Sciences, believes that to improve safety at level crossings, every implemented measure should be designed to remove as many human errors, made while driving or walking over level crossings, as possible.

UK: New research from Network Rail in the UK has revealed only a third (36 per cent) of 18-24-year olds believe going on the railway track is extremely dangerous, resulting in young adults frequently risking their lives when crossing the railway. Robert Wainwright from Network Rail discusses with Global Railway Review the implementations being made to improve safety measures around UK’s level crossings. You can read Robert’s comments here.

India: Following a recent tragic collision between a school van and a train, which resulted in the death of 13 children, Indian Railways has announced a plan to remove all unmanned level crossings across the country by March 2020.

Australia: Whether it’s facilitating collaborative discussions, advocating nationally to keep the issue high on the agenda, or advancing education via curriculum-based resources in schools, Naomi Frauenfelder, Executive Director of the TrackSAFE Foundation, explains that the organisation is doing its bit to advance level crossing safety and awareness in Australia.

Czech Republic: Although the overwhelming majority of collisions at level crossings are caused by mistakes by pedestrians and drivers, SŽDC continues their search for tools to help improve the safeguarding of level crossings.

Austria: There are approximately 3,300 level crossings on the ÖBB network, with the number falling every year. In addition to investments in underpasses, overpasses, traffic lights and barrier systems, ÖBB-Infrastruktur is focusing on awareness-raising measures to prevent dangerous situations from arising.

With so many active campaigns and events taking place around the world, and action being taken within the industry displaying a commitment to improve safety, hopefully the number of level crossing accidents will radically drop in the years to come. But will we ever live in a world where there are no level crossing accidents at all? Probably not: The only way to ensure the complete elimination of such accidents would be to remove all level crossing junctions, which is surely a feat too onerous to achieve – at least in the foreseeable future.

Global Railway Review encourages our readers to support the efforts of ILCAD – please use social media to like, share and comment, to promote and raise awareness of level crossing safety.