Work to build the HS2 London terminus at Euston has taken a major step forward with the Mace Dragados joint venture moving onto the construction site adjacent to Euston station to begin work on the new high-speed station in central London. 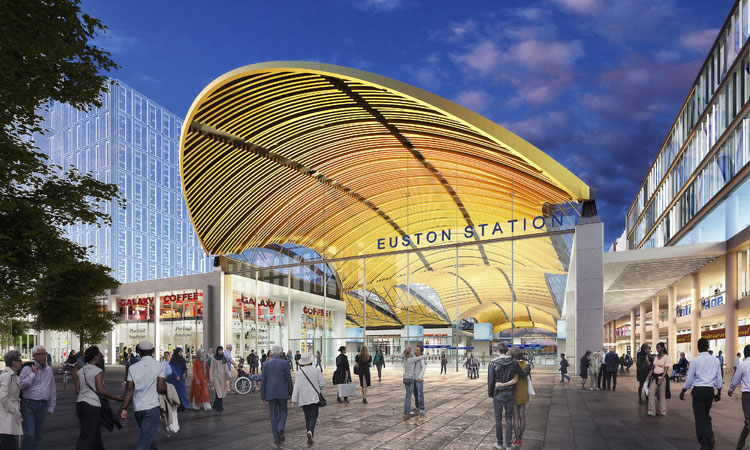 Mace Dragados were appointed as HS2’s Construction Partner for Euston Station in March 2019 and have been working closely with HS2 to prepare for the early works.

The new station will provide much needed capacity at Euston station, doubling the number of peak time seats available on Britain’s new rail network. A new concourse is being built, platforms for the low-carbon, high-speed trains and improved connections to Euston and Euston Square Underground stations.

Steps to begin construction can begin now that the Mace Dragados team has taken possession of part of the Euston site. New welfare accommodation has been erected with steps taken to give the site crews space to social distance due to the current global pandemic. Piling work for the basement wall of the station will begin in advance of the large-scale excavations and substructure works in 2021.

Laurence Whitbourn, HS2’s Euston Area Client Director, said: “The progress in our work comes at a good time as we help support the British economy and construction sector as part of the post-pandemic economic recovery creating new jobs and providing contract opportunities.”

Mace Dragados Project Director, Martyn Woodhouse, said: “This is an incredibly exciting moment for the team, getting on site and shovels in the ground is what it’s all about and it’s great to be getting started.”

The progress at Euston will also kick-off the search for suppliers for over £400 million worth of work over the next two years. The project team will be looking for future suppliers to the project for packages ranging from water treatment systems through to lifts and escalator systems. Opportunities will be advertised on CompeteFor web portal by Mace Dragados and their subcontractors.

The arrival of HS2 at Euston will create the opportunity for up to 19,000 new jobs and 1,700 homes as part of a wider masterplan for Euston as well as new public spaces. Once complete, the station, could, for the first time, include a new entrance facing north towards Camden Town and west towards Hampstead Road and the shops and restaurants of Drummond Street. 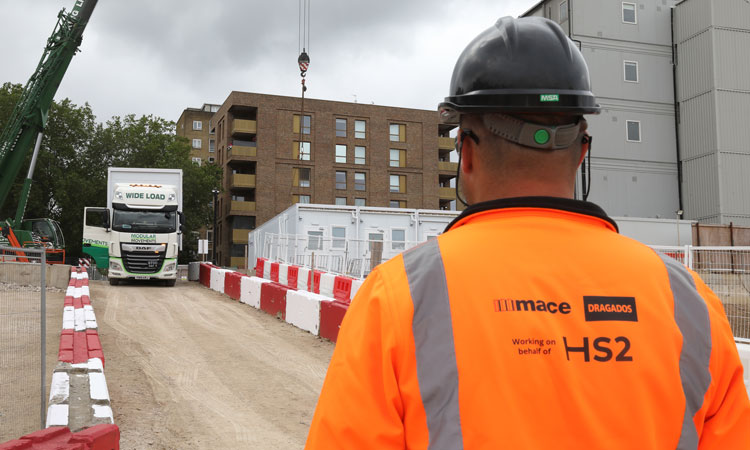 Steps to begin construction can begin now that the Mace Dragados team has taken possession of part of the Euston site. Credit: HS2 Ltd

Transformative upgrades due for rail freight on North Transpennine route