The Code allows for the adoption of a more effective methodology for protecting the facilities and infrastructure of the railway network in Dubai. 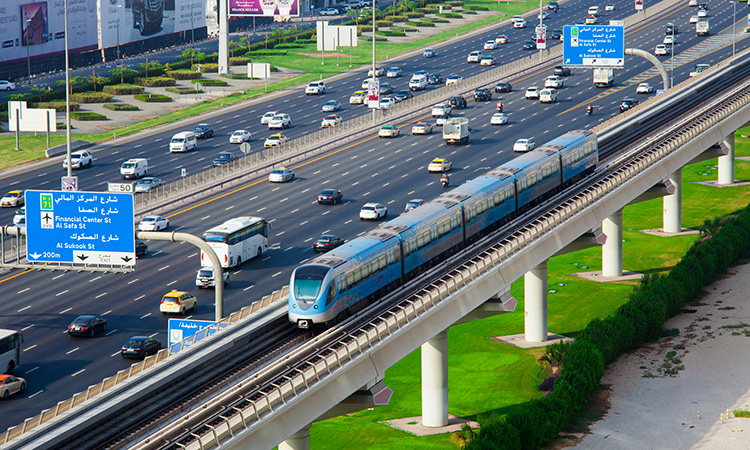 The Dubai Roads and Transport Authority (RTA) has approved the 8th edition of the Dubai Railway Protection Code of Practice.

The latest version includes various improvements to the Code that enable RTA’s Rail Agency to adopt a more effective methodology for protecting the facilities and infrastructure of the railway network in Dubai. It serves the ultimate goal of ensuring the safety of both the facilities and users of the metro service in the Emirate.

Director of Rail Right-of-Way for the Rail Agency at the Roads and Transport Authority, Hussain Al Saffar, said: “This Code of Practice aims to protect the facilities and infrastructure of the railway in Dubai and forms an integral part of the legal structure of the Executive Council’s Resolution No. 1/2017 regulating the railway operations in Dubai.”

“This Code of Practice is a key tool that details the requirements for safe practising restricted activities within the Rail Protection Zones without posing any risks that may undermine the safety and operation of the rail facilities, as stipulated in the Executive Council’s Resolution No. 1/2017. The Code is based on carrying out a risk assessment and engineering analysis of all restricted works and activities, which have the potential of causing a direct or indirect impact on the integrity of the railway infrastructure,” he added.

Hussain continued: “RTA held several open meetings with representatives of contracting and consultancy firms to familiarise them with this Code of Practice. We have achieved the main objective of revising the Code by addressing the limitations identified in the previous versions in light of similar cases and experiences of railway systems in other countries, as well as lessons learned from projects undertaken within the Right-of-Way of Railway in Dubai.”

“RTA gave due attention to aligning this Code with the Executive Regulation of Resolution No. 1/2017 issued by the RTA that updates the list of restricted activities and procedures of risk control to ensure compatibility with the development and infrastructure projects in the Emirate. This especially applies to Rail Protection Zones given the positive impact of extended metro lines and public transport services on the urban development of the Emirate,” concluded Hussain.