On annual World Suicide Prevention Day, Govia Thameslink Railway (GTR) has unveiled ‘Affirmation Art’ clusters across some of its busiest stations to raise awareness of the company’s ongoing support and understanding to those who may be feeling vulnerable. 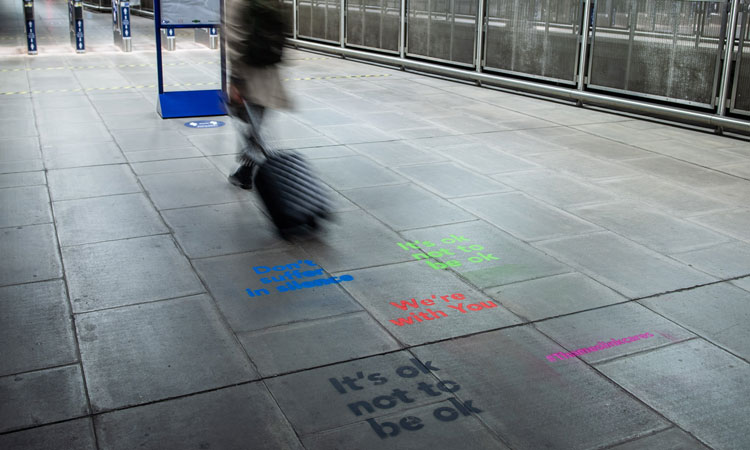 On annual World Suicide Prevention Day (10 September 2020) Govia Thameslink Railway (GTR) – the UK’s biggest rail franchise which operates the Southern, Thameslink, Great Northern and Gatwick Express services – unveiled ‘Affirmation Art’ clusters across some of its busiest stations to raise awareness of the company’s ongoing support and understanding to those who may be feeling vulnerable.

Working closely with partners such as Samaritans, Network Rail and the British Transport Police (BTP), GTR continually works to support people across its network. Highlighting its commitment in this area, the company has appointed its first Suicide Prevention Manager, Laura Campbell, making GTR the only train operating company to have someone in such a role. In the last year there have been 426 GTR interventions and 35 fatalities, with a 57 per cent increase in lifesaving interventions since 2019 across GTR’s rail network.

Given the importance of this issue nationwide, GTR encourages others to develop a greater depth of understanding regarding the complexities and issues associated with suicide as a year-round priority. Alongside a comprehensive, and always-on Suicide Prevention programme, GTR has chosen to mark World Suicide Prevention Day with a consumer-facing campaign which will began in the early hours of 10 September 2020 as a team of artists begin spraying motivational messages in chalk across station entrances and exits.

The chalk clusters aim to offer support and spark discussion around this incredibly important subject, helping to give passengers and staff a positive boost.

The messages being featured include:

Because looking after passengers is of utmost importance, GTR is working tirelessly to make sure that its staff are equally supported through training to deal with such situations and are fully equipped to intervene when needed. GTR works side by side with charities such as the Samaritans to offer support and guidance when dealing with difficult scenarios. Additionally, TRiM (Trauma Risk Management) training, as well as occupational health and further support is provided to all employees so that they are able to look after passengers, themselves and each other. As part of its long-term strategy, GTR aims to reduce the number of incidents by 50 per cent leading up to 2021. 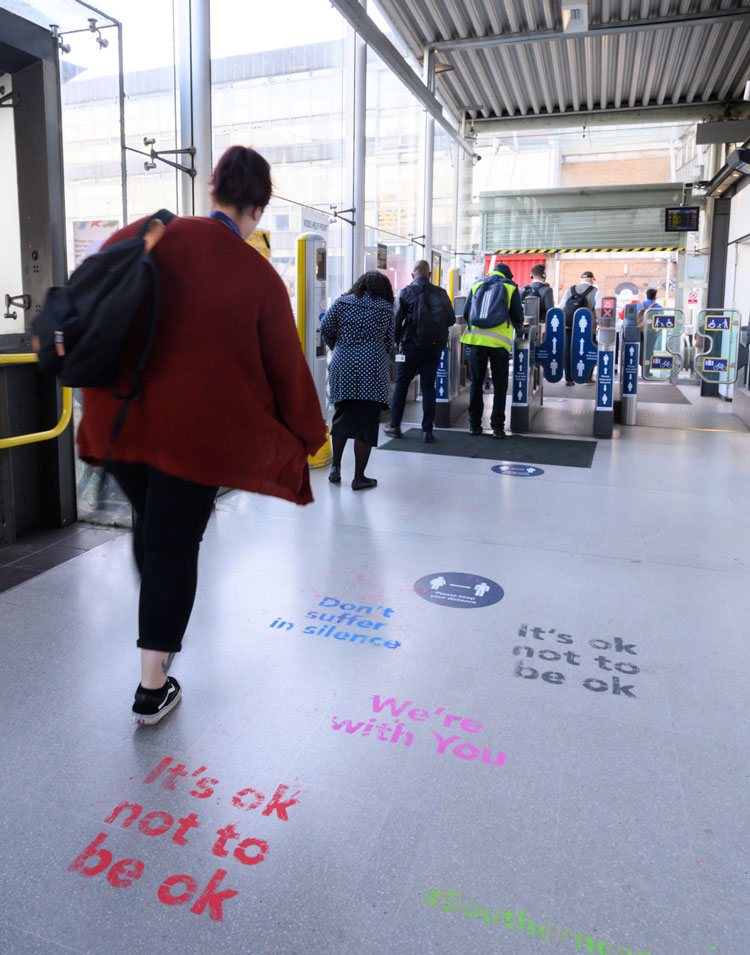 Speaking of the campaign, Suicide Prevention Manager, Laura Campbell, said: “Whilst growing up I experienced first-hand the trauma that suicide can leave behind and it’s why I took on the role of Suicide Prevention Manager at GTR. It is important to raise awareness of the support that is available to those that may need it and educate the wider community about the complexities inherent in mental health as well as suicide. The Affirmations Art campaign looks to do just that, in a subtle and visual way.

“My grandmother sadly took her own life on the railway when my mum was just four years old. Back then, there wasn’t the support around that there is now and I don’t think she’s ever processed it properly. It’s one of the key reasons why I took on this role – my main focus is on supporting as many people as possible with all the work we’re doing to prevent suicide. I think it’s incredibly important that we’re raising awareness and showing signs of positivity on what will be quite a stark day for many.”

The Affirmation Art will be displayed at four of GTR’s stations in a variety of colours, including Blackfriars and St Albans on the Thameslink route and East Croydon and Brighton on the Southern part of the network. The messages will be mirrored across the entire network’s customer information systems on-board trains and at stations. The physical stencils and imagery from the day will remain hung in stations and GTR sites UK-wide, serving as a continued show of the operator’s focus on suicide prevention 365 days a year.

Tom Moran, Managing Director for Great Northern and Thameslink at GTR said: “As part of this campaign, we wanted to send a reminder of hope and support to anyone that may need it. It really is ok to not be ok and we want to encourage people to talk and support each other. We understand the pressures passengers and people in the communities we serve may be facing and we hope this shows our support and togetherness.”