The tunnel, which resembles an airport scanner, works by spraying a person for up to five seconds as they walk through it with a dry, odourless sanitiser, which is proven to disable viruses like COVID-19. 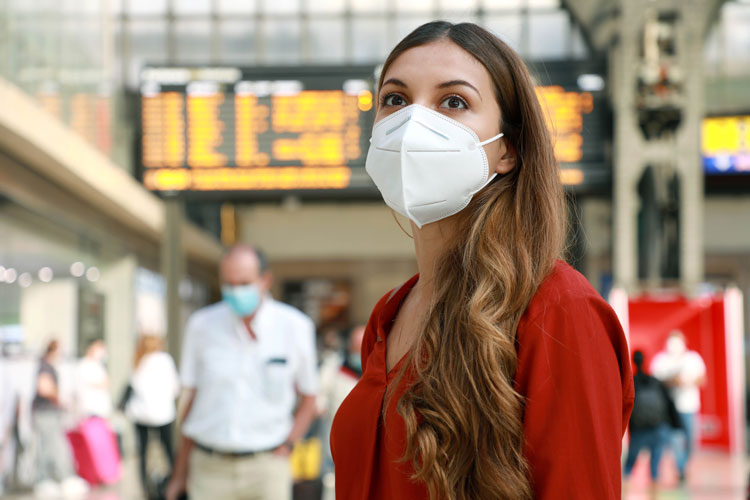 Over half of Brits would like to see additional sanitisation measures in place to build the confidence to return to train stations, airports, and other public settings. Those are the results according to a new YouGov survey.

Of those surveyed, 60 per cent said they would like to see sanitisation tunnels installed at train stations.

The study found that 81 per cent of people surveyed would feel comfortable walking through a sanitisation tunnel to help control the spread of COVID-19, while 60 per cent said it would make them feel safe or give them the confidence to return to crowded environments. These statistics come from a study commissioned by engineering experts from the UK’s first sanitisation tunnel, the Gateway Personal Protection Tunnel (PPT).

In addition, over half of those surveyed would like to see a sanitisation tunnel at their local shopping centre or pub, and 70 per cent of people want to see them at airports.

The tunnel, which resembles an airport scanner, works by spraying a person for up to five seconds as they walk through it with a dry, odourless sanitiser, which is proven to disable viruses like COVID-19.

The Gateway Personal Protection Tunnel (PPT) is the UK’s first full body sanitisation tunnel and was designed and built by UK based mechanical engineering company, Conditioned Environment. The Gateway is currently being used at London’s iconic live music venue, The Piano Works.

“We have developed the Gateway PPT to provide an additional line of defence to help slow the spread of COVID-19, to help businesses re-open their doors, and to drive up consumer confidence to return to normality and to start spending again,” explained Christian Pearce, Commercial Director of Gateway PPT.

“The data speaks for itself: the majority of people would be happy to walk through a sanitisation tunnel and it would make us all feel safer and more confident about returning to some sort of normality.”