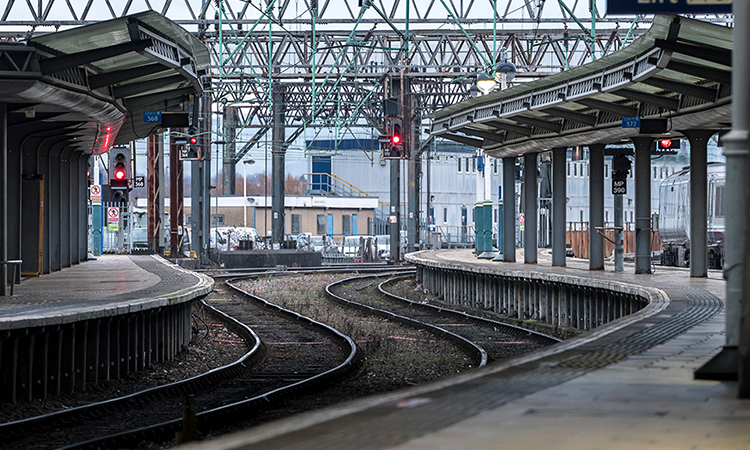 Credit: Office of Rail and Road.

Official statistics from the Office of Rail and Road (ORR) have revealed that rail passenger journeys across the UK fell to the lowest levels last seen in the mid-nineteenth century during mid-2020.

Nationally, 35 million journeys are estimated to have been made in the first quarter (Q1) of 2020-21 (April to June 2020). This is a decrease of more than 400 million when compared to the same quarter in 2019-2020, highlighting the severe effect that the coronavirus pandemic has had on passenger numbers.

More journeys were recorded in London and the South East compared to the rest of the country. Govia Thameslink Railway (GTR) recorded 7.5 million passenger journeys this quarter, the most of any operator.

Transport for Wales (TfW) Rail recorded the lowest number of journeys at 369,000. The one million journeys made on ScotRail this quarter equates to only 4.3 per cent of journeys made in the same quarter a year earlier. This was the lowest percentage for any operator.

Recent estimates published by the Department for Transport (DfT) show that current national rail use was predicted to be 32 per cent of what would be expected on an equivalent day.

Graham Richards, Director of Railway Planning and Performance at the Office of Rail and Road, said: “This unprecedented fall in passenger numbers, the largest on record to levels last seen in the mid-nineteenth century, has clearly had an impact on both rail usage and also ticketing revenue. These figures include the period of lockdown and, reassuringly, we’re now seeing passenger numbers slowly increase. ORR has worked closely with the industry, and continues to do so, to ensure that the necessary health and safety advice and guidance is in place. Rail is one of the safest ways to travel, and our inspectors continue to monitor the reality on the ground to ensure that people have the confidence that they can travel safely.”

Director of Nations and Regions at the Rail Delivery Group (RDG), Robert Nisbet, said: “Rail travel is the economic lifeblood of our towns and cities. With the majority of company bosses planning to keep some staff home working beyond the pandemic, train companies are keen to work with the government to introduce flexible season tickets that will incentivise more people safely back on to trains. Fares reform is a crucial component of wider industry proposals to enable train operators to better respond to the rapidly evolving needs of their local customers.”