By taking ambitious climate actions, Network Rail are playing a key part in supporting the UK government’s target to achieve net-zero emissions by 2050. 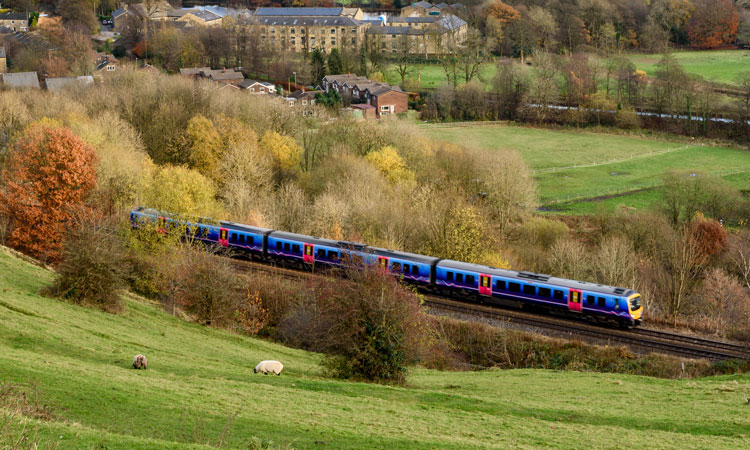 The targets – and the plans to achieve them – have been independently verified, meaning Network Rail will be the first railway to commit to cutting emissions which limit warming to 1.5 degrees Celsius – below the two degrees scientists declared necessary to meet the Paris Agreement.

Chief Executive of Network Rail, Andrew Haines, said: “Rail is already the cleanest and greenest mode of transporting large numbers of people and goods, but we’re committed to cutting our carbon footprint even further. That’s why we’ve set carbon reduction targets backed by science rather than simply ones we think are easy to achieve. We are the first railway in the world to set targets that will help limit global warming to 1.5 degrees and this shows our commitment to change. We’re on an important journey – to support the government’s target of being net-zero by 2050, to help the country build back better as we recover from the pandemic and to help passengers and freight users make the greenest choices they can.”

Network Rail is already making progress in reducing its greenhouse gas emissions. All of the energy used to power its stations, depots and offices comes from renewable sources, and a trial to move its road fleet – such as the vans needed in rail maintenance work – to electric vehicles is happening now. In addition, the company is looking at how it can use its land to generate renewable electricity as well as support biodiversity, whilst an extensive community tree planting scheme is also underway.

Around two-thirds of the railway’s emissions are generated by suppliers, so as well as working on elements within its control, Network Rail is keen to work with its wider supply chain, such as manufacturing and construction companies, to help them to set their own targets.

Martin Frobisher, Network Rail’s Safety, Technical and Engineering Director, said: “Most of our carbon emissions come from our supply chain, so we need to give our suppliers confidence that we are serious about this and must make the changes needed to meet these challenging targets. Many of our suppliers are already making great strides to this end which we can learn from. Working with them to find creative engineering solutions and clever ways to reduce the energy we consume, for example, is key to delivering these targets.”

UK Transport Secretary, Grant Shapps, said: “Rail is one of the greenest forms of transport going and these ambitious targets will keep the UK as a world leader in low carbon travel. The objective is clear – every step of every journey, from entering the station to travelling by train – will be more environmentally friendly. This government has made the pioneering commitment to be net-zero by 2050 and part of making that happen is ensuring every journey taken becomes a little greener.”

Cynthia Cummis, Director of Private Sector Climate Mitigation at World Resources Institute, one of the Science Based Targets initiative partners, said: “We congratulate Network Rail for becoming the first railway company in the world to set a science-based target aligned with limiting warming to 1.5°C, the most ambitious goal of the Paris Agreement. By taking ambitious climate action, Network Rail are playing their part in supporting the UK government’s target to achieve net zero emissions by 2050.” 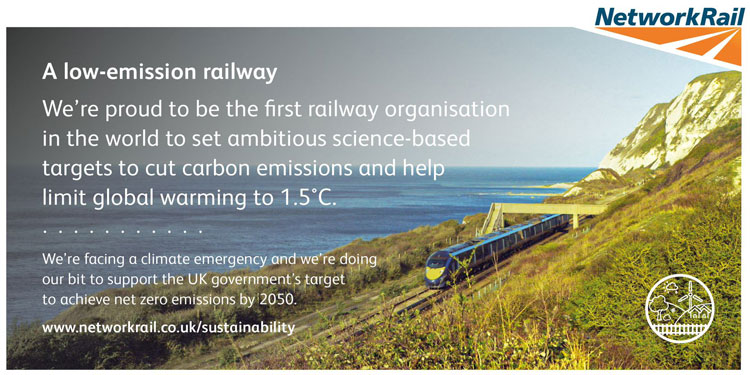