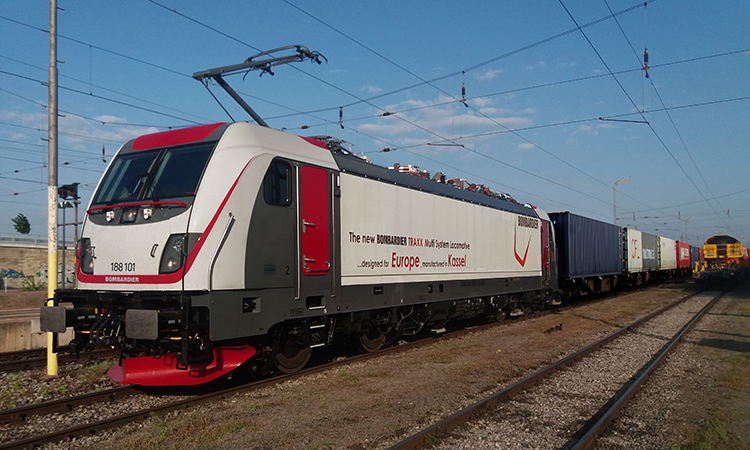 Bombardier Transportation has announced that it has signed a contract with Luxembourg-based railway undertaking, CFL cargo, for 10 innovative BOMBARDIER TRAXX MS locomotives.

The new locomotives represent a major leap towards the successful future of integrated rail freight transport in Europe, as they will enable seamless cross-border transport from Central Europe to France. The locomotives will be authorised for service in Luxembourg, Germany, Poland, Austria, Belgium and France.

A part of the 10 new locomotives for CFL cargo will be equipped with the innovative Last Mile diesel concept that enables the TRAXX locomotive to operate in non-electrified terminals and sites.

Chief Executive Officer of CFL cargo, Laurence Zenner, said: “We are very pleased to be the first railway operator to expand its business offering with an optimised rail transport solution for the East-West European corridor. The new TRAXX multi-system locomotives will allow us to cross numerous borders as easily as a truck, thus providing our clients with a competitive transport solution that contributes to reaching the European Green Deal objective of increasing rail’s share of Europe’s overall transport to 30 per cent by 2030.”

Peter Ammann, Head of Global Business Development Locomotives at Bombardier Transportation, said: “Together, with our launch customer CFL cargo, we are proud to offer an innovative solution that opens new business opportunities for rail transport clients. Our TRAXX MS locomotive is Europe’s most-modern locomotive, and we are looking forward to supporting the expansion of East-West freight transport in Europe.”

Bombardier has based the development of its next-generation TRAXX 3 locomotive on the proven successes of the previous members of the TRAXX family. To date, more than 2,000 of these locomotives are operating in 20 countries, covering a combined distance of 300 million kilometres per year.

CFL cargo is already operating in six countries in Europe and is specialised in international and cross-border traffics. Together, with its sister company CFL multimodal, the railway operator addresses both the conventional and the intermodal market and smoothly connects Luxembourg by rail to the major ports and economic centres in Europe.