The trains were originally ordered from Siemens Mobility in 2015 with a total contract volume of €1.7 billion. 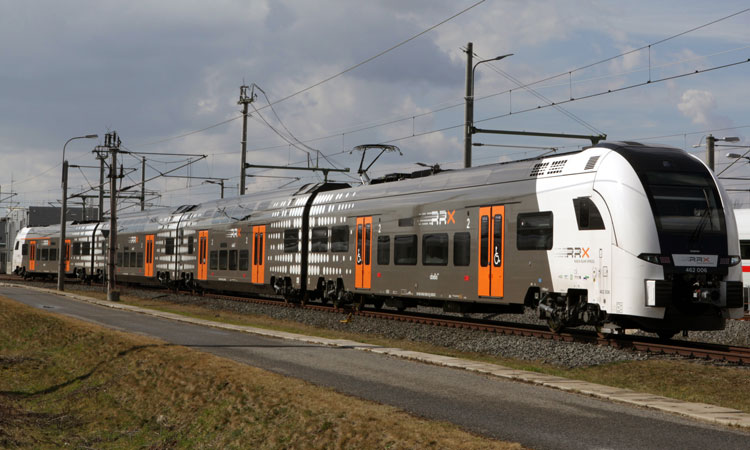 The 84th train for the Rhine-Ruhr Express (RRX) infrastructure and mobility project has been handed over by Siemens Mobility right on schedule.

The trains were originally ordered from Siemens Mobility in 2015. The RRX order, consisting of trains and a service contract, has a total volume of €1.7 billion and marks the largest order received by Siemens Mobility to date in the sector of regional rail passenger transport in Germany.

The state-of-the-art double-decker trains are serviced in the Siemens Mobility Digital Service Center in Dortmund in order to ensure nearly 100 per cent availability. Once the infrastructure project’s extensive construction work has been completed, the trains will operate at 15-minute intervals between Dortmund and Cologne.

North-Rhine Westphalia’s Ministry of Transport initiated the project and is working closely with the Federal Ministry of Transport and Digital Infrastructure. Five authorities are partners in implementing the RRX project: the Verkehrsverbund Rhein-Ruhr (VRR), the Nahverkehr Rheinland (NVR) and the Zweckverband Nahverkehr Westfalen-Lippe (NWL) for the state of North-Rhine Westphalia (NRW); and the Zweckverband Schienenpersonennahverkehr Rheinland-Pfalz Nord (SPNV-Nord) and the Nordhessische VerkehrsVerbund (NVV). Working with the support of the state of NRW, these authorities were responsible for the Europe-wide tenders for procuring and servicing the RRX trains and for the operation of the future RRX lines. They also share a central role in the project’s operational implementation.

The RRX is operated by Na­tio­nal Ex­press Rail GmbH and Abel­lio Rail NRW GmbH. DB Netz AG and DB Station&Service AG are jointly responsible for the extensive expansion and upgrading of the RRX infrastructure.

Once the project’s related infrastructure expansion has been completed, the RRX network will consist of seven lines, allowing 15-minute headways in the core stretch between Dortmund and Cologne. The RRX will significantly improve the mobility of travellers and commuters in the state of NRW and also offer cross-border connections to North Hesse, Rhineland-Palatinate and Lower Saxony. The new RRX trains are already being used on several regional lines in the network.

Eight million people living in cities and communities with RRX stations benefit from the RRX – representing roughly 45 per cent of the NRW population. Extensions of the lines, which cover a large part of the NRW route network, ensure that people here will reach their destinations even faster and more punctually than in the past. In addition, the modernisation of numerous train stations in NRW is enhancing the comfort and convenience for travellers. Travellers in the states of Rhineland-Palatinate, Hesse and Lower Saxony can also look forward to the RRX trains, since individual lines in the system extend to the cities of Coblenz, Kassel and Osnabrück.

Hendrik Wüst, Minister for Transport in North Rhine-Westphalia, said: “Germany must once again become a railway country. This requires providing comfortable and attractive alternatives to private transport – like the RRX. By expanding and upgrading our rail infrastructure and ensuring faster headways, we are offering all commuters in the state of North Rhine-Westphalia an attractive opportunity to move to rail. For cleaner and better mobility in the state.”

Michael Peter, CEO of Siemens Mobility: “We are proud to be handing over the 84th RRX train today and having delivered the entire RRX fleet right on time. The RRX is a showcase project for digital mobility. The state-of-the-art double-decker trains, maintained in our fully automated service center, achieve nearly 100 per cent availability, higher service frequencies, improved punctuality, and provide greater comfort and convenience for the passengers.”

Ronald R.F. Lünser, CEO of Verkehrsverbund Rhein-Ruhr (VRR), said: “Our joint decision to acquire such a large and uniform train fleet for the RRX and to hold separate tenders for the trains’ procurement and maintenance, and for operating services, was not only cost-effective, but ensured high reliability and quality for the passengers. The punctual delivery of the RRX trains and their high level of performance also explicitly underscore this.”

Rainer Blüm, CEO of Abellio Rail NRW, said: “We’ve been able to transport our passengers throughout NRW with the Desiro HC since December 2018. The ultra-modern RRX trains have significantly contributed to the optimised mass transit service in our region. By early January 2019, the RRX Line RE 11 had climbed from 29th place to 2nd place in the ranking of our responsible authority VRR. Many smaller delays in journeys have now been eliminated thanks to the trains’ outstanding technology. It’s a plus for our passengers, and also benefits us as a railway operator. We congratulate Siemens Mobility on this prestige product in the railway industry!”

Marcel Winter, Managing Director, National Express, said: “I’m happy that the fleet is now complete and that we’ve also punctually started service on our third line using the RRX trains. We’d like to thank Siemens Mobility for supporting this project with great commitment and engagement.”