The new order is part of an agreement signed in 2010 for Bombardier to provide a maximum of 860 OMNEO Regio 2N trains to SNCF. 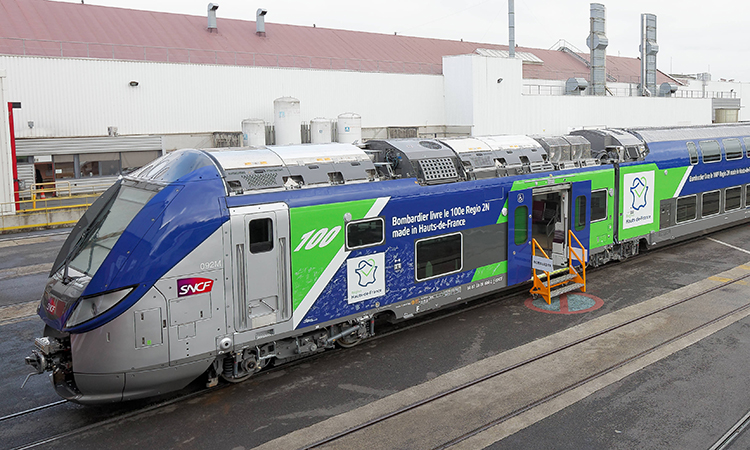 Bombardier Transportation has received an order for 33 BOMBARDIER OMNEO Regio 2N trains from SNCF on behalf of the Hauts-de-France region.

This new order amounts to approximately €565 million and is part of the framework agreement signed with SNCF in 2010 to provide a maximum of 860 OMNEO Regio 2N trains to the French regions.

The Hauts-de-France region intends to deploy these new, more spacious and comfortable trains on the busiest lines of its network – in particular, those connecting Picardy and the Paris area.

The new trainsets, equipped with European Rail Traffic Management System (ERTMS) – the European system aimed to enhance safety, increase efficiency and scheduling of trains – will also provide new rail services as part of the Picardie-Roissy project, which is planned to enter service in 2025.

The trains of this new order will be delivered gradually between 2024 and 2025.

“Those who travel between Amiens, Saint-Quentin and Paris will discover a new style of train travel with Bombardier’s OMNEO Regio 2N train. Our engineers have focused on space for the benefit of all travellers, on modern interior equipment, as well as capacity to ensure seating for everyone,” said Laurent Bouyer, President of Bombardier Transportation, France and Benelux. “These trains, entirely designed and manufactured at our Crespin site in the Hauts-de-France region, have received the Origine France Garantie certification.”

The region will then have a fleet of 77 Bombardier trainsets of this generation:

The region’s choice to have a fleet from the same product family will make it possible to gain operating flexibility and optimise maintenance costs. These new trainsets will also improve the regularity of the service.