‘Swift action’ called on to safeguard future of Eurostar

An open letter written to the UK’s Chancellor and Secretary of State by London’s business leaders, has urged the government to step in and offer financial assistance to Eurostar. 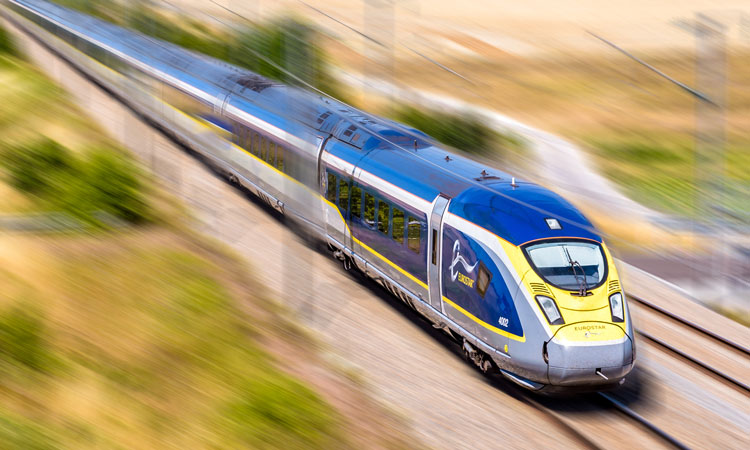 A group of London’s business leaders have written to the UK’s government outlining concerns about the prospects of Eurostar – the high-speed rail service connecting the United Kingdom with France, Belgium and the Netherlands.

Eurostar currently employs 1,200 people in the UK, with a further 1,500 jobs directly provided by the Eurostar supply chain. But the value and impact of this link extends much further.

The letter (dated 17 January 2021) calls for ‘swift action to safeguard its future’ following reports in the media that on a pre-lockdown trajectory, Eurostar will run out of funds to run services into St Pancras in the coming months.

“With international passenger numbers likely to remain low into the spring, our green gateway to Europe is in peril”, the letter states.

Signed by Dyan Crowther, Chief Executive Officer of HS1 and William Wilson, Chief Executive Officer of Siemens Mobility Limited, plus many other high profile figures, the letter further details: “If this viable business is allowed to fall between the cracks of support – neither an airline, nor a domestic railway – our recovery could be damaged. London and the UK would lose out both economically and reputationally.

“Students from France account for one in every nine of those from the EU currently studying in London, many of whom benefit from the option to travel via rail rather than air. Taking the train not only has important environmental benefits, which should not be underestimated as the UK seeks to lead the world at COP26, but it is how nearly four in every five passengers choose to make their journeys between London and Paris/​Brussels.”

The letter concludes: “Eurostar is not asking for special treatment. We urge you to ensure that they have equal access to financial support as companies in similar positions – at the very least this should include business rates relief and access to government loans. Maintaining this international high-speed rail connection into the heart of London has never been more important. Having left the European Union, we need to actively set out our stall as an attractive destination for people to live, work and play. Safeguarding the future of this connection to the continent should be a symbol of both our desire to build back better and our new cooperative relationship with our European neighbours.”