HS2 has raised its Gold rating to Platinum in less than 10 months by demonstrating that its ideology is based on diverse talent being included in every aspect of operational performance. 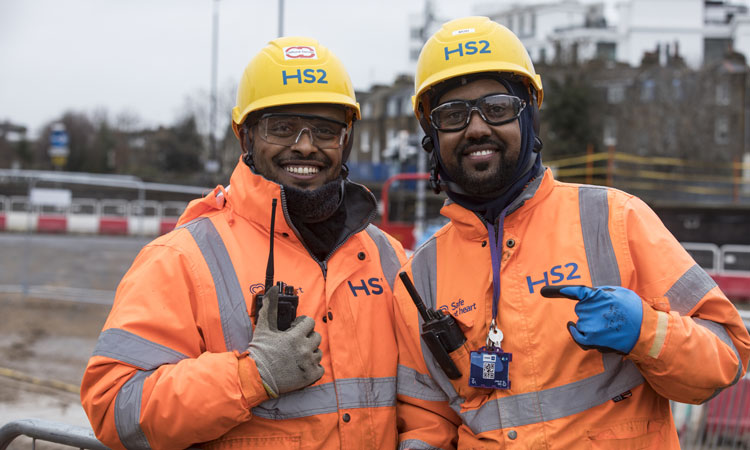 HS2 Ltd has achieved the Clear Assured Platinum Standard accreditation – the only organisation in the UK to do so.

The award recognises HS2 Ltd’s commitment to equality and diversity, with inclusive best practice embedded into all elements of its work.

HS2 has raised its Gold rating to Platinum in less than 10 months by demonstrating that its ideology is based on diverse talent being included in every aspect of operational performance.

A key element of the Platinum Standard accreditation is an organisation’s ability to exert influence and make change happen externally. HS2 Ltd was credited for reflecting the wider communities it works with, and assessors praised it for being consistent and for helping to make a difference.

“It’s absolutely vital that we strive continuously to increase diversity and support inclusion across government, public sector projects and beyond,” commented the HS2 Minister, Andrew Stephenson. “HS2 Ltd has made a commitment to put inclusivity at the heart of their work, and it’s encouraging to see their continued efforts receive recognition as the only organisation in the UK with this accreditation.”

Kate Headley, Director of Clear Company, the awarding body, stated: “HS2 Ltd has shown its ability to deliver constructive, authentic change. They have transformed inclusion with innovation, determination and excellence, and are delivering a sustainable legacy of belonging for employees, the engineering sector and future rail users. Our assessment team were left with an overwhelming impression of an organisation that has the desire and direction to do so much more.”

HS2 Ltd’s approach in considering the needs of the end users of Britain’s new railway was also a key factor in the assessment. It demonstrated that it had stretched the boundaries of thinking in its design of Birmingham’s flagship Curzon Street Station, which received accolade from the assessors. It concluded that HS2 Ltd went above and beyond mandatory regulatory obligations in setting new standards, using focus groups, workshops, panels and soundboards to understand what inclusive design means for those with protected characteristics.