The Class 769 bi-mode trains enable operation without an overhead or third rail supply, spreading the benefits of electrification to non-electrified routes. 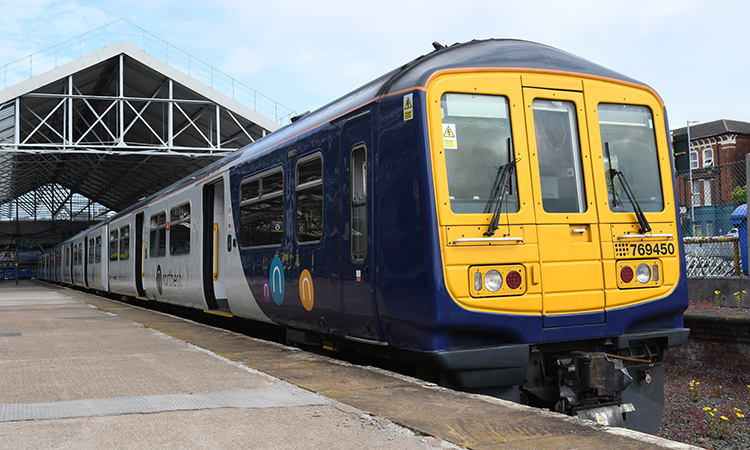 UK train operating company Northern has announced that it has welcomed eight innovative FLEX trains onto its network. The Class 769 bi-mode trains – constructed by Porterbrook, in partnership with Wabtec/Brush – made their debut on the Southport–Stalybridge/Alderley Edge route as part of Northern’s new timetable for May 2021.

In development for several years, the Class 769s are a variant of former Class 319 electric trains, which are able to operate seamlessly over electrified and non-electrified routes, spreading the benefits of electrification to more rail users.

Chris Jackson, Regional Director at Northern, said: “We are really proud to be involved in this pioneering development. Bi-mode trains bring the benefits of railway modernisation to more customers, more quickly. Northern is determined to make a positive impact for the north of England, and this technology opens up new opportunities to spread the benefits of electrification to non-electrified routes, delivering more efficient journeys and increased capacity for our customers.”

FLEX trains operate by having diesel powered alternators under each of the driving trailer cars. The diesel alternators provide power to the existing traction and auxiliary equipment to allow the former electric multiple unit (EMU) to operate without an overhead or third rail supply.

The systems provide power through the trains’ DC bus, avoiding any significant changes to the existing equipment and creating a unit capable of operating from different power sources whilst maintaining its full capabilities on electrified routes.

Mary Grant, CEO of Porterbrook, said: “The introduction of the FLEX fleet into traffic is the result of a collaborative partnership between Northern, Porterbrook and our suppliers. I would like to thank Northern for their unstinting commitment to the successful introduction of this highly innovative fleet, as well as my own team for their relentless focus on the needs of our customer. The bi-mode capability of the Class 769 fleet will ensure that communities across the Southport–Alderley Edge route can share in the benefits of electrification.”

Chris added: “Our customers are at the heart of all that we do, and the introduction of Class 769s compliments other improvements that Northern has made to the network in recent months. As part of our A Better Way to Go campaign, which is delivering enhancements for customers across the north, we have introduced 100 brand new trains, completed the refurbishment of all our older trains, and delivered significant improvements – including enhanced accessibility – at many of our stations. Wherever people travel on our network, we want them to have full confidence in Northern, and A Better Way to Go demonstrates our commitment to customers as we continue to transform rail travel in the north.”