Shift2Rail, CEN and CENELEC have signed a Memorandum of Understanding, committing to foster the uptake of innovation in the European railway sector. 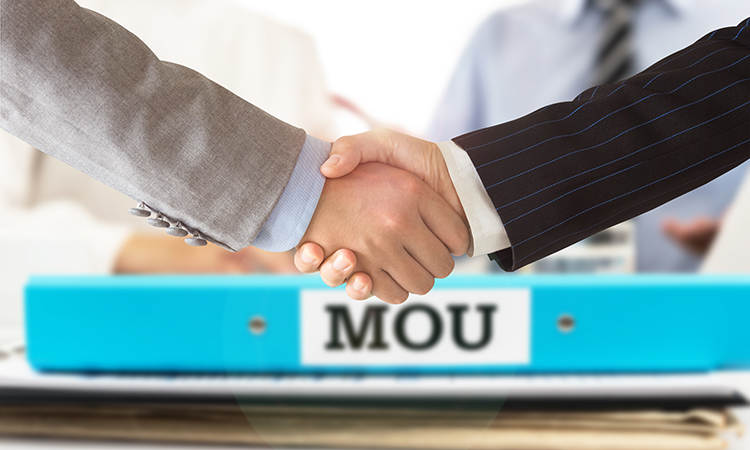 The MoU aims at formalising the already existing close collaboration between CEN and CENELEC, two of the officially recognised European standardisation organisations, and the Shift2Rail Joint Undertaking. Through this agreement, the participating organisations are committed to foster the uptake of innovation in the railway sector and contribute to maintaining the European Union (EU) as a world leader.

The importance of the issue for Europe cannot be understated: the railway sector in the continent directly employs over one million people and indirectly around 1.3 million employees. In terms of manufacturing, over 45 per cent of the world market for rail products lays in the hands of European manufacturers.

It is, therefore, crucial to maintain the sector’s competitiveness. Furthermore, the railway sector is at the heart of the European ambitions of a transition towards a fully green economy. To raise awareness of its importance, 2021 has been declared by the European Union as the European Year of Rail.

In recent years, CEN and CENELEC have worked extensively on standardisation for the railway sector – a fundamental aspect to ensure the uptake and interoperability of new technologies across the whole of the EU. The close collaboration with the European institutions and the industry, as represented within Shift2Rail, has been key for progress made in the area.

Through the MoU, CEN, CENELEC and Shift2Rail commit to deepening their existing constructive cooperation by working together to identify areas where European standardisation can further contribute to the innovation of the railway sector.

Examples of such areas include:

Carlo Borghini, Executive Director of the Shift2Rail Joint Undertaking, commented: “The objective of this consolidated cooperation is to boost the competitiveness of the railway sector by accelerating the market uptake of innovative solutions and enhancing the economic benefits thanks to standardisation. Two excellent examples are the ongoing work on the digital automatic coupler and the future generic framework for virtual testing, which will be provided as an official Shift2Rail contribution to the relevant CEN Standardisation Working Group. We look forward to these and any other concrete outcomes to arise from this fruitful collaboration.”

Elena Santiago Cid, Director General of CEN and CENELEC, added: “Our long-lasting cooperation with S2R is a great example of the success story of standardisation: through the involvement of all relevant stakeholders in the standard-making process, we can boost innovative technologies and contribute to the European twin digital and green transitions – as reflected in our Strategy 2030. We look forward to our ever-strengthening cooperation to contribute together to safe, innovative and efficient railway systems in Europe, with the strong support of standards as strategic tools to create trust, enhance the competitiveness of the European rail industry and benefit citizens with quality and reliable services.”