Norfolk Southern’s emissions reduction target has been approved by the Science Based Targets initiative (SBTi) and aligns with the goals of the Paris Agreement on climate change. 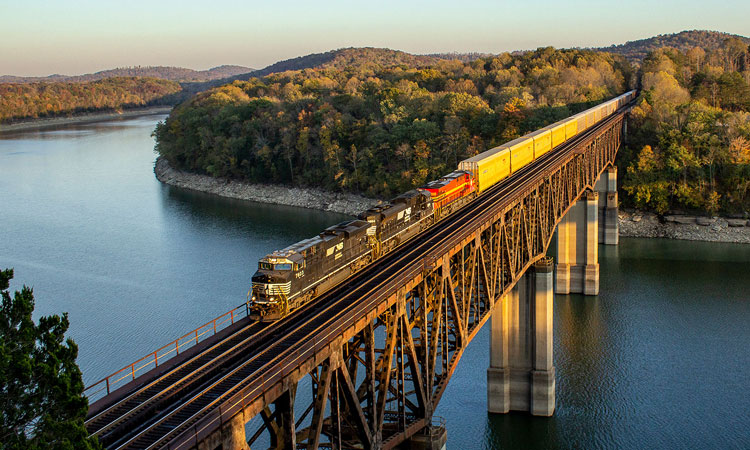 Norfolk Southern – one of North America’s premier transportation companies – has announced its science-based target to achieve a 42 per cent reduction in scope 1 and 2 greenhouse gas (GHG) emissions intensity by 2034 from a 2019 base year.

This commitment is another step in the company’s ongoing journey to build a more sustainable future.

James A. Squires, Chairman, President, and CEO of Norfolk Southern, said: “As a leading transportation provider, it is our responsibility to reduce our environmental impact and also to help our customers reduce their carbon footprint. In recent years, our customers have avoided 15 million metric tonnes of carbon emissions annually by shipping their goods and materials with Norfolk Southern. Shipping by rail instead of truck lowers carbon emissions by 75 per cent on average, relieves traffic congestion, and reduces wear on public infrastructure.”

Norfolk Southern’s emissions reduction target has been approved by the Science Based Targets initiative (SBTi) and aligns with the goals of the Paris Agreement on climate change. Validation from the SBTi – a joint initiative of CDP, UN Global Compact, the World Resources Institute, and World Wide Fund for Nature – confirms that the company’s target is consistent with reductions required to keep warming to well-below 2°C above pre-industrial levels.

Norfolk Southern’s Chief Sustainability Officer, Josh Raglin, said: “Achieving our target will require continued investments in our locomotive fleet along with supplier engagement. Our implementation of innovative technologies, sustainable operating practices, and locomotive modernisations are part of our efforts to build a more sustainable transportation network.”

Locomotive fuel accounts for over 90 per cent of the railroad’s carbon emissions. Norfolk Southern set a fuel-efficiency goal as part of its 2015 strategic plan, targeting an 8.6 per cent improvement by 2020. The company exceeded that goal with a 9.4 per cent improvement, which resulted in savings of more than 130 million gallons of diesel fuel and avoidance of approximately 1.3 million metric tonnes of emissions.

Norfolk Southern is making significant efforts to lower GHG emissions across the company, including:

Josh added: “Our goal with all of these sustainable business initiatives is to continue creating value that generates benefits for our stakeholders, whether they be customers, employees, communities, or shareholders. We are accelerating our efforts to deliver a low-carbon economy and promote cleaner air in our communities.”