The station becomes the latest addition to the now six stations transferred from Crossrail to Transport for London (TfL), which will operate the new transformational Elizabeth line. 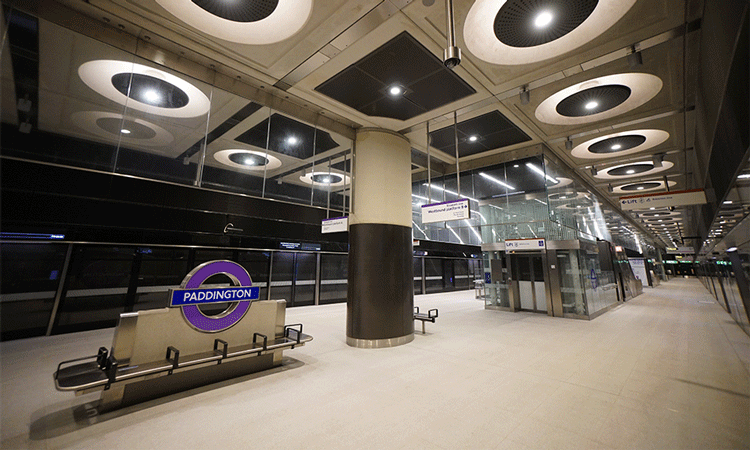 As part of the new Elizabeth line, Paddington is now the sixth out of ten new stations preparing for passenger service, with Whitechapel following in summer 2021. Other stations awaiting transfer to the TfL include: Custom House, Farringdon, Tottenham Court Road, Woolwich and Liverpool Street stations.

The new railway line will help increase central London’s rail capacity by 10 per cent and it will dramatically improve transport links including: reducing journey times, providing additional capacity, as well as new spacious stations and walk-through trains. The Elizabeth line will be imperative to supporting London’s COVID-19 recovery and will help avoid a car-led recovery by providing new alternative journey options. Furthermore, the Elizabeth line will also support a wider regeneration, create a huge economic boost, job and business opportunities Additionally, the new railway will also be the main connection for London’s major employment centres.

As of August 2021, there has been significant progress across the project and the Elizabeth line is in its final complex stages.

The Trial Running phase began on 10 May 2021 as part of the major railway trials occurring throughout 2021. The trial phase began with four trains per hour running through the central tunnels, in June 2021 this increased to eight trains per hour and as of July 2021, 12 trains per hour are running. This will be the initial level of service on the Elizabeth line when it enters passenger service in the first half of 2022.

Andy Byford, London’s Transport Commissioner, said: “Paddington station is world-renowned thanks to Isambard Kingdom Brunel and next year it will also be known as a key station on the Elizabeth line, providing a vital interchange with national rail services allowing customers to travel through central London and beyond.

“The Elizabeth line will transform life and travel in London and the South East and will play a key role in supporting London’s recovery from the pandemic when it opens in the first half of next year. There is still much to do before the Elizabeth line can open but great progress has been made with this incredible railway over the last few months with the start of Trial Running and the majority of the central stations, including Paddington, now transferred to TfL.”

In addition, Crossrail will also be trialing 24 trains per hour in the latter half of summer 2021. These train movements are critical for increasing mileage across the network, supporting reliability growth of the railway and identifying any issues with the systems and signaling software. Once completed, the trialing stage will demonstrate that the Elizabeth line can operate at the full timetable needed for when services from Reading, London Heathrow and Shenfield start operating through the central tunnels.

Trial Operations and the final phase of testing to ensure the safety and reliability of the railway for the public, will commence in the later in 2021. Before the opening of the Elizabeth line, real-time testing of more than 150 scenarios such as evacuations of trains and stations will be performed.

A revised and earlier opening plan, Stage Five of the Elizabeth line, has been developed and approved by the sponsors TfL and the Department for Transport. The latest mapped out plans ensure the Elizabeth line services from Reading, London Heathrow and Shenfield can connect with the central tunnels promptly after the opening of the central section of the railway. The earliest expected date for the operation of Stage Five is autumn 2022 and the complete end-to-end services will be timetabled by no later than May 2023.

Improvements to the Paddington mainline

As part of the improvements from the new Elizabeth line, passengers travelling from Paddington mainline station can now benefit from new seating, information screens and improved access to platform one at the mainline station and to Eastbourne Terrace buses and taxis.

Built below ground, the Elizabeth line station has a 120m-long entrance canopy on Eastbourne Terrace. The canopy extends four levels below Eastbourne Terrace and Departures Road, with entrances via a newly pedestrian friendly public area that connects to the existing mainline station. TfL will be responsible for the station as the Infrastructure Manager and the contractor for the Costain Skanska Joint Venture, will continue demobilisation from the site.

“It’s a complex project that has been delivered during COVID-19 restrictions. Our teams have responded to the challenge, with the handover from Crossrail to TfL testament to the efforts of the many people involved in delivering this important new station.”

Kay Buxton, Chief Executive, The Paddington Partnership, said: “The transfer of Paddington to TfL marks the next stop on London’s journey towards opening the railway next year. Paddington has long been the seat of transport innovation and adventure, and the arrival of the Elizabeth line will seal its position as the gateway to the capital, with Bond Street and the West End in three minutes, the City in 10 minutes and Canary Wharf in 17 minutes.

“Step-free from train to street, Paddington’s Elizabeth line station is a stunning compliment to Brunel’s masterpiece at Paddington. Nestled in the centre of the Opportunity Area, the Elizabeth line will bring a massive 1.5 million extra people within a commuting distance of Paddington, a game-changer for reinforcing Paddington’s position as one of London’s key employment centres, echoed by market confidence and investment in the location.”

The new station further increases capacity at its major interchange, securing its role as one of London’s most important transport hubs, as well as a key gateway into the city for the Thames Valley, Wales and the West of England.