The U.S. High Speed Rail Association (USHSR) has issued a call to Congress to pass the Build Back Better Act as it includes billions of investment to make high-speed rail a reality in the U.S. 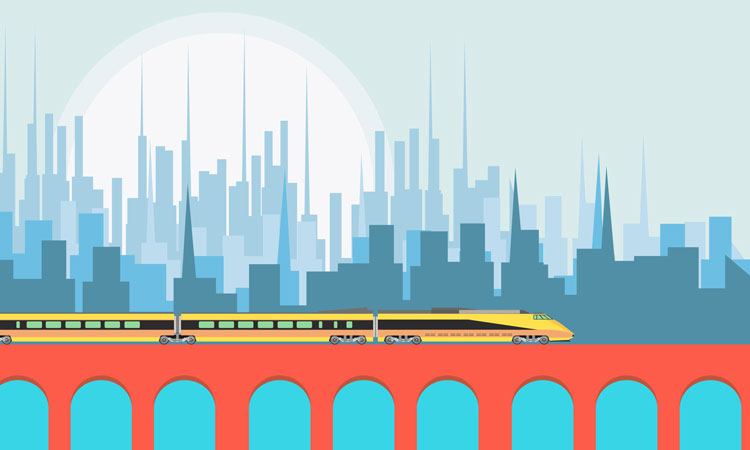 The U.S. High Speed Rail Association (USHSR) has issued a call to Congress to pass President Joe Biden’s Build Back Better Agenda as soon as possible.

Andy Kunz, CEO of the USHSR, said, “This year, the reality of the climate crisis has been driven home to millions of Americans as they have faced wildfires, draughts and ever more destructive storms. The Build Back Better Act includes a major down-payment on the battle to fight the climate crisis – including funding to bring high-speed rail to America for the very first time.”

The USHSR state that there is no more powerful tool to decarbonise the transportation sector than world-class high-speed rail, and outlines:

High-speed rail is a proven technology that has existed since 1964. It is in operation in 32 nations around the world, rapidly and safely moving millions of people every day.

Andy continued: “As we build true high-speed rail in America, it will initiate climate-friendly transformations across our entire transportation system – not just the rail sector. It will take thousands of planes out of the sky and millions of cars off the roads. It will reduce the need for new and expanded highways and improve air quality in frontline communities. And as we clean up the power sector, it will run on clean energy.”

While the Infrastructure Investment and Jobs Act provides major investments for conventional, diesel-powered rail service, it does not provide any dedicated funding for all-electric high-speed rail. Fortunately, the Build Back Better Act includes $10 billion in dedicated funding for world-class high-speed rail. This modest investment, according to the USHSR, will finally make high-speed rail a reality in the U.S., demonstrating the benefits of this remarkable technology to millions of Americans.

The USHSR state that high-speed rail is a transformational climate investment – it is a critical reason why Congress must pass the Build Back Better Act – and funding for high-speed rail in the coming weeks.