A new intermodal train service directly from the Port of Immingham to iPort Rail in Doncaster has been launched, helping to ease the pressures of the current HGV driver shortage by having the capacity to move 80 containers a day by rail. 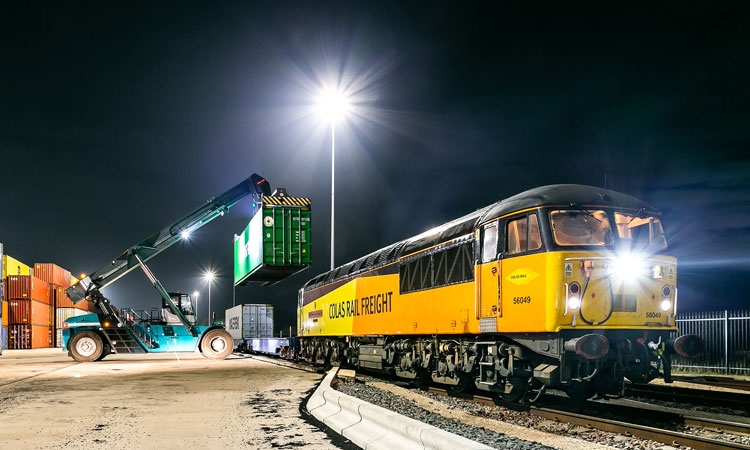 The Humber Express, a partnership between DFDS, one of Europe’s leading ferry and logistics providers, and the iPort Rail inland terminal in Doncaster, is a scheduled service delivering freight from the Port of Immingham to the UK’s most advanced multimodal logistics hub in South Yorkshire. It is open to businesses across the region and nationwide wanting to make this route part of their supply chains.

The containers on the service will have arrived at the Port by ship from a multitude of destinations and be carrying a wide variety of goods. They will be loaded directly onto the train at the Port before being moved by rail to Doncaster and from there to onwards destinations across the country. At the same time, goods from across the UK can arrive in Doncaster for smooth transit to Immingham and onward to DFDS European network destinations. Services will run in both directions twice a day with capacity for 80 containers every 24 hours.

Announcing the launch of the service, Andrew Byrne, Managing Director of DFDS in Immingham, said: “The logistics industry is facing one of its largest challenges in a generation. There are additional complexities due to Brexit still impacting on supply chains, and the current shortage of lorry drivers is threatening to undo years of development of efficient just in time operations that rely on supply chains that operate equally as quickly and proficiently.”

Andrew continued: “With tens of thousands of containers, tank containers and trade vehicles moving in and out of the Port of Immingham every year the fact none of these are moved by rail is something that has long needed addressing. The Humber Express complements the efficient logistics and transport operations which already successfully run out of the Port of Immingham. I am delighted that DFDS and iPort Rail have had the courage and commitment to make it happen.”

Steve Freeman, Managing Director of iPort Rail, said: “Rail is already a greener alternative for moving goods long distance by road and is being adopted by more businesses to help make their supply chains more sustainable. It also has an important role to play in keeping goods moving while the road haulage industry is under such pressure. New approaches and strong strategic partnerships are going to be increasingly important if businesses are going to maximise their potential in the current circumstances. This new service offers businesses a reliable and efficient route to and from the Port of Immingham with the option for customs clearance in Doncaster and seamless onward transit.”

Immingham is the fourth biggest port in the UK when measured by the number of units that cross the quay side. In 2020, Immingham and Grimsby handled over 10 per cent of all the units moved in and out of the UK, behind Dover, Felixstowe and London. Whilst Felixstowe and London have regular and essential unitised rail services to and from the port, Immingham has only moved bulk or break-bulk products by rail, until now.

iPort Rail is part of the iPort multimodal logistics hub close to the M18 in Doncaster. The 800-acre site includes high quality speculative and built to suit warehousing as well as the award-winning multimodal freight terminal that can accommodate the UK’s longest freight trains for journeys across the UK and into/from Europe.