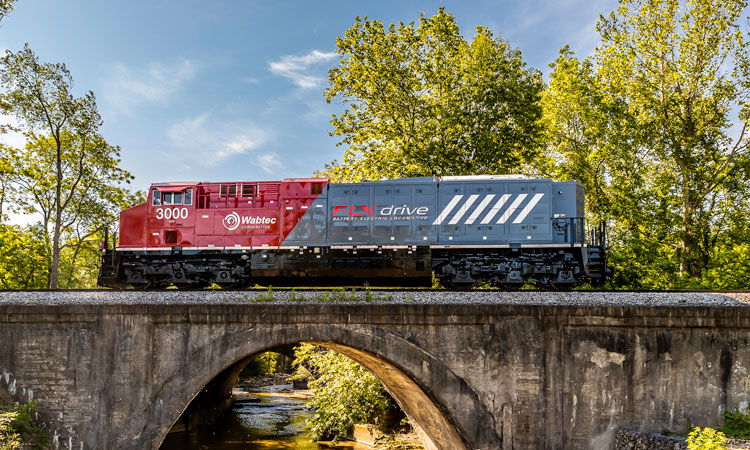 The approximately 2.5-MWh locomotives are each powered solely by 7,000 battery cells, providing Union Pacific Railroad with a zero-emission solution for its yard operations. The 10 FLXdrive locomotives will enable the railroad to eliminate 4,000 tonnes of carbon annually from its rail yards, the equivalent of removing 800 cars from the highway. The new locomotives will be manufactured in the U.S. with the first units being delivered to Union Pacific Railroad in late 2023.

“Railroads are already the leader in low emissions ground transportation, and we believe battery-electric locomotives are the next step in our journey to eventually reach net zero,” explained Lance Fritz, Chairman, President and CEO of Union Pacific Railroad. “This first phase of testing will further enhance the technology, and, ultimately, benefit the entire industry.”

Rafael Santana, President and CEO for Wabtec Corporation, said: “As an industry leader, Union Pacific Railroad is pioneering a major application of battery power in its rail yards. Battery power is an ideal solution to reduce the environmental impact and costs of yard operations. Using the FLXdrive in the rail yard can significantly improve local air quality, as well as reduce noise by up to 70 per cent for neighbouring communities.”