The Bright Blue 2 has arrived in Orlando, the train represents Brightline’s commitment to creating the country’s first and only private high-speed rail network. 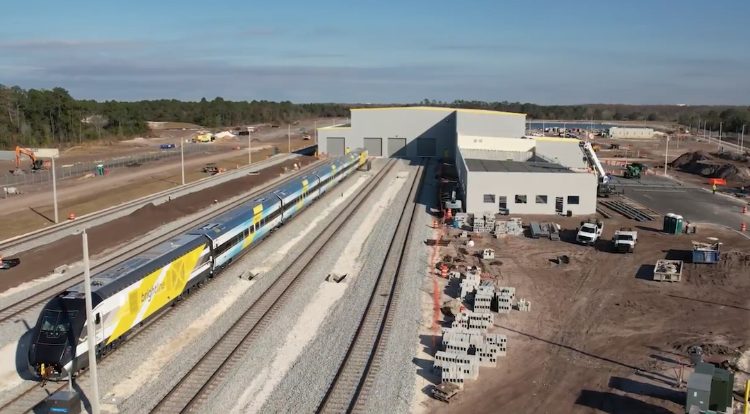 Brightline, the only provider of modern, eco-friendly intercity rail in the United States has welcomed the arrival of its first train to Orlando, Bright Blue 2. Brightline’s newest train set arrived at Brightline’s Vehicle Maintenance Facility located south of Orlando International Airport, marking a historical moment as the first Brightline train to arrive in Orlando.

“To see Bright Blue 2 drive onto the Vehicle Maintenance Facility site was emotional for all of us,” Michael Cegelis, EVP of Development and Construction for Brightline, said. “It represents a monumental moment for Central Florida and for the entire state as we move closer to connecting our state with high-speed passenger rail.”

The train is the second of five new trainsets to arrive in Florida in preparation for the opening of the Brightline station in Orlando. The first train, Bright Red 2 arrived in October 2021 traveling along the Florida East Coast Railway through Brevard, Indian River, St. Lucie, Martin and Palm Beach Counties to its destination in West Palm Beach.

In partnership with Siemens Mobility, the newest train sets represent Brightline’s commitment to invest billions in American infrastructure, creating the country’s first and only private high-speed rail network. The stainless-steel coaches are made with components from more than 160 suppliers across 27 states. They are designed for luxury and comfort, featuring special ergonomic seating, contemporary communication systems and enhanced Wi-Fi. Thanks to wide aisles, wheelchair storage and fully accessible restrooms, the Venture train set exceeds ADA requirements from end to end. Brightline’s Orlando extension project is currently 70 per cent complete, employs more than 1,300 construction workers and is expected to be complete in late 2022, carrying passengers in 2023.