The investment will deliver track side upgrades, platform extensions for longer trains and bigger depots across the regions. 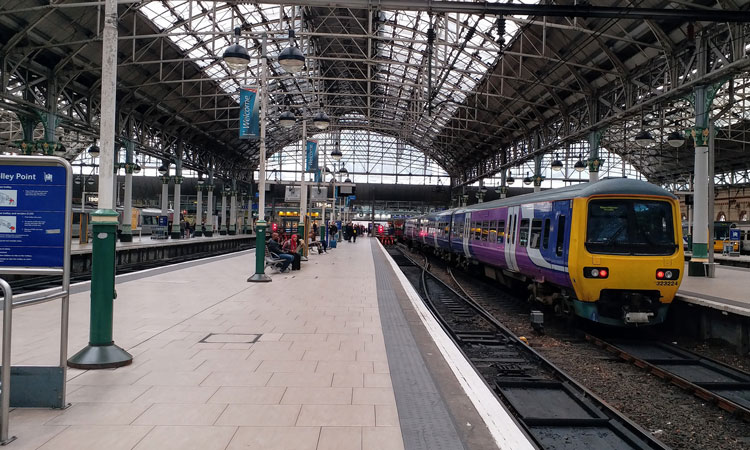 Passengers across the North West are set to benefit from an £84 million Government investment to cut delays and improve the reliability of trains across the region. At the Manchester Victoria station a package of infrastructure upgrades was announced that will transform the day-to-day journeys of train passengers in the North West.

The work is part of the Manchester Recovery Task Force’s (MRTF) plans to boost service reliability and put the passenger at the heart of the journey. Works are now underway with upgrades to track-side equipment between Manchester and Liverpool and platform extensions on the Cumbrian route. This will support the introduction of longer trains with extra seats and an upcoming timetable change across the region will increase reliability.

Further work next year will see additional platform extensions to some of the busiest routes across the North West and West Yorkshire, supporting the roll-out of longer electric trains by Northern.

“This investment will improve the infrastructure that will allows trains with more carriages to run through Manchester benefiting the wider network and the thriving leisure economy of the North,” Nick Donovan, Managing Director for Northern, said. “Our customers returning to rail will have already noticed many improvements we have made in the last two years. These include better stations and new trains, and this project will further add to that improved experience.”

The funding will also allow vital development work to continue schemes across Greater Manchester that will benefit passengers across the North West, including improved passenger facilities at Manchester Piccadilly, Victoria, and Manchester International Airport stations, re-signalling along the Castlefield Corridor and remodelling of Manchester Oxford Road station, and work on the Transpennine Route Upgrade (TRU) continuing, with the electrification and re-signalling of the line and track renewals all to deliver faster, more frequent, and reliable trains for passengers.

The next stage of work on the TRU continues with further track and signalling upgrades, following on from works over Christmas and New Year. This work, along with future electrification, will deliver faster, more frequent, and reliable trains for passengers.

“Improving passenger journeys has been at the heart of the rail industry’s hard work to tackle congestion through Central Manchester will mean fewer delays and add 20 per cent more peak-time seats from December 2022,” Dave Penney, Passenger Strategy Director for Network Rail’s North West and Central region, said. “Network Rail has worked with the whole industry as part of the Manchester Recovery Task Force on how to maximise this £84 million investment which promises to boost capacity and improve connectivity across the North of England as part of Britain’s rail recovery.”

“We are committed to delivering real change for our customers across the North and into Scotland,” Matthew Golton, Managing Director at TransPennine Express, said. “This multi-million-pound package that enables the development of needed infrastructure capacity will work hand-in-hand with our own investments in new journey opportunities, new trains and station improvements to give customers the modern, reliable and efficient rail service they deserve.”