With the humanitarian crisis worsening, CER is continuing to work closely with its members to ensure the flow of refugees towards safe havens and help with the supply of aid. 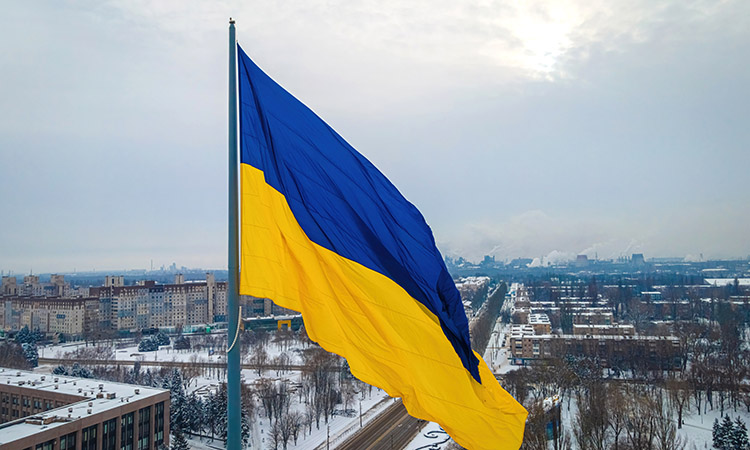 According to United Nations data, some three million refugees have now fled Ukraine in the three weeks since the Russian invasion. As the war continues its tragic devastation, the need for humanitarian relief for Ukrainians both inside and outside the country is rising. The Community of European Railway and Infrastructure Companies (CER) is working closely with its members to track the rapidly evolving transport situation on the ground. Two fronts remain crucial; ensuring onward flow of refugees towards safe havens beyond the border regions and helping with the supply of aid into Ukraine.

From the outbreak of the war, European railways were quick to respond in solidarity with the Ukrainian people seeking refuge across Europe. With around 1.9 million refugee arrivals in Poland, Polish State Railways PKP are on the front line of humanitarian relief efforts. By 14 March, PKP had received over 150,000 citizens arriving by train at three of the major crossing points along the Ukrainian border. The busiest Polish border station, Przemyśl Główny, is, like many of the busiest arrival point stations, now open 24/7, hosts charities and volunteers present to assist the refugees, and offers a temporary place of rest for transiting passengers in need of a shower, a warm meal and a bed, in particular mothers with children and elderly people.

As the number of increasingly vulnerable Ukrainian refugees continues to rise, the risk is that border facilities will become saturated. It is vital therefore to keep pace with the new arrivals and help them reach less crowded aid and reception centres that can meet their specific needs. PKP has already provided over 425,000 free onward journeys.

They, of course, are not alone. Hungarian rail operator MÁV has seen a steady increase in the number of refugee arrivals by train. To facilitate their onward travel, MÁV has so far (15 March) issued approximately 105,500 of its free solidarity tickets. In Slovakia, Železničná Spoločnosť Slovensko (ZSSK) reports around 75,000 free tickets issued to refugees (by 13 March), while neighbouring Czech railways České Dráhy (ČD) have helped over 100,000 Ukrainians travel for free (10 March). German rail company Deutsche Bahn (DB) meanwhile has distributed 100,000 of its free helpukraine tickets, recognised in several countries (13 March). Further west, French operator SNCF estimates 10,000 free trips were made so far on their trains (15 March), and as far away as Spain, Renfe have provided over 4,500 free tickets (16 March). Even in smaller countries like Denmark, rail company DSB has already transported around 1,300 Ukrainian refugees free of charge (13 March). Overall, CER member railway companies in no less than 23 countries offer free travel and/or recognise other operators’ free tickets to ease the arduous journeys of Ukrainian refugees. There are also many stations set up with reception zones where railway staff and/or aid workers provide on-site information, rest areas and support.

On another front, railways are setting up land bridges to carry aid into Ukraine. Provisions including medical supplies, food and basic necessities are carried on existing and special services often resulting from collaborations between different rail cargo operators. DB has coordinated, in cooperation with DB Cargo, DB Cargo Polska, PKP LHS and Ukrainian Railways, a first train that departed Germany on March 10th with 15 containers transporting 350 tonnes of aid. SNCF Fret is currently preparing with SNCF Réseau, wagon leasing company Ermewa, and DB Cargo a humanitarian train that will carry around 500 pallets of relief supplies collected in France. In coordination with the Swiss Agency for Development and Cooperation (SDC), SBB Cargo has also been transporting humanitarian goods to Ukraine (in cooperation with PKP). Aid collected in the Czech Republic is also making its way to Ukraine by train with the help of wagons from ČD Cargo. European railway companies are not only helping to move but also to collect aid, together with local associations, authorities and Ministries or by organising their own donation drives among employees, on board trains and in stations.

The European rail community remains committed to expressing its solidarity towards Ukraine and its people and will continue supporting the ongoing international aid efforts in close cooperation with local, regional, national and EU-level authorities as well as with fellow rail companies and other transport actors.